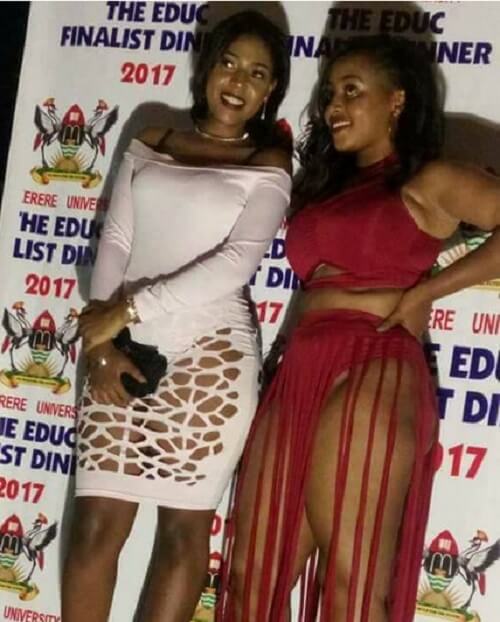 Two final year students of Makerere University, Uganda will be facing school disciplinary committee, for wearing revealing clothes for dinner. It was gathered that the school authority labeled the outfit they wore to the university function as “indecent”.

The pre-tattered dresses have been making the rounds on social media since the weekend when the Finalist Education Dinner took place. The two have been summoned to appear before the disciplinary committee. 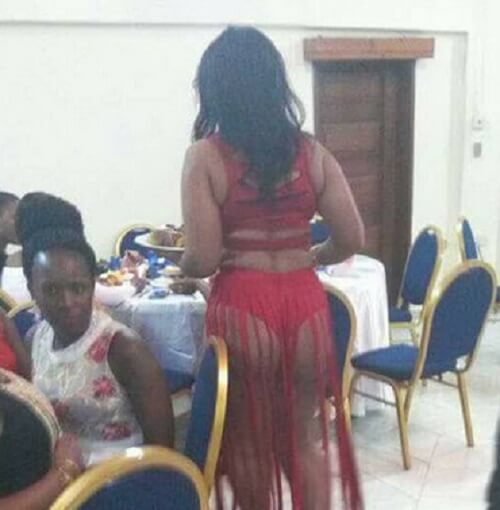 In a letter dated Tuesday May 30, 2017, and addressed to one of the students said to have appeared in the pictures, Ms Rebecca Naddamba, the Makerere University authorities had expressed dismay over the students’ conduct.

The letter, as published by Ugandan Mirror online reads, “If it is true that that person was you, your action, as a student of this university, would have contravened University Regulation 8 (2)(a) which states that, ‘Every student shall respect him/herself and behave in a manner that will not bring his/her name and that of the university into disrepute;’ and Regulation 8 (2) (d) which states that, ‘Every student shall dress in a neat and decent manner.”

Confirming this, the Dean School of Education, Dr. Betty Ezati, disclosed that the letter have been written to the students, summoning them to the disciplinary committee. She declined to disclose what a typical disciplinary action is.

The students have until Friday, June 2, 2017 to submit their replies to the university.

ThrowbackThursday: See What Virgins of Egbaland in Ake, Abeokuta Looked Like in 1893 (Photo)