Home News 2 Hours With Prelate Of The METHODIST Church, Nigeria, His Eminence, Dr, KANU UCHE Talks About His Life @ 65
News 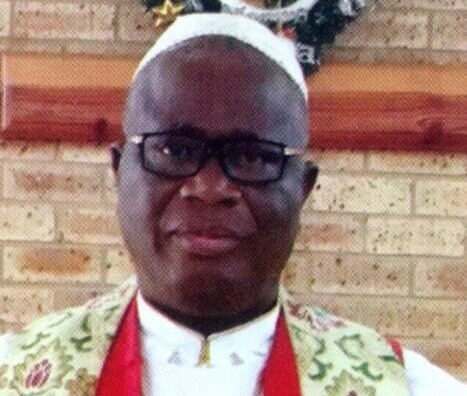 When His Eminence, Dr. Samuel Emeka Kanu Uche emerged as the new Prelate of the Methodist Church Nigeria in September 2013, City People Magazine was one of the first set of media houses to interview this great man of God.

At that time, he told us how he planned to further strengthen the church he took over from another respected man of God, His Eminence, Dr. Sunday Ola Makinde, his predecessor, who is now a Prelate Emeritus of the Methodist Church Nigeria. 5 years down the line, Dr. Kanu Uche who is the first Igbo man to be Prelate of the great church has done a lot to improve the growth and development of the church.

The big news came last week that the Prelate turned 65 and we decided to go after him again to talk to us about his life. Initially it was difficult getting him to sit down to talk, amidst his busy schedule. The church had lined up a series of events in his honour and he had many visitors trooping in to felicitate with him because of one major reason: he is a good man.

And everybody we have met has had a lot of good things to say about the Imo born man of God.We did not relent. After days of pursuing our request for interview, the Prelate gave us a 9am appointment for his house in Lagos last Thursday. But trust City People, we were there for 8am, just in time for the days morning devotion at the Prelates Chapel.

The service had already started when we joined and for the next one and a half hours, it was a rigorous Praise and Worship session with this great man of God presiding over the service, along with his lovely wife.We have discovered that many don’t know much about this easy going man of God, who has a robust sense of humour.

He has a likeable personality that attracts people to him easily. He also likes to crack jokes with both the young and old, the lowly and the highly placed. He is a simple man, with simple tastes. He lives a very modest lifestyle that does not attract undue attention. He is not ostentatious. He is not arrogant.

He is down to earth and believes that the primary assignment of any man of God is to win more souls for God.Unknown to many, Dr. Kanu is a very brilliant Minister of God whose academic records stand him out in the annals of the church.He has a rich profile that show this. From when he was young, he knew that he was destined for Gods work.

This is because his father was an Evangelist and the unique circumstances of his birth made his parents decide to encourage him to serve in the Lords vineyard. He was born to Evangelist Thompson Kanu and Nneoma Janet Ebere Uche of Amagu Autonomous Community, Ihube, Okigwe on 29th January, 1953 at General Hospital, Okigwe in Imo State, Nigeria. He attended Local Authority School (LA) Eziama Nneato (1959), Nneato Central School, Ebelebe (Methodist) (1960), Amuda lsuochi Group School (1961 – 1962) and Isuochi Central School, Nkwoagu (Methodist) (1963 – 1965). He further attended Boys’ High School, Ihube, Okigwe former Methodist Boys’ Secondary School (1970 – 1974).

He was trained as Methodist Minister at Trinity Union Theological College, Umuahia (1976 – 1979). He obtained a Bachelors Degree and Post Graduate Diploma in Public Administration from University of Jos (1994 – 1999) and (2010 – 2011) respectively. He participated in many National and International Conferences, Workshops and Seminars and presented papers.

He also obtained a Certificate in Strategic Church/Ecumenical Leadership from Cliff College, Derbyshire Campus of the University of Manchester, United Kingdom in June, 2013. He served the Church as Ministerial Cadet (1975/1976). He was accepted into the Ministry of the Church in 1976, commissioned a Deacon in 1979, ordained a Priest in 1982, appointed a Presbyter in 1990, elected a Bishop at 1998 Conference held in Ode Aye in the Diocese of Igbobini in August 1998. He was consecrated Bishop at the Methodist Church of the Trinity, Tinubu, Lagos on 21st November, 1998.

He was enthroned Bishop of Owerri on 14th February, 1999, elected Archbishop of Enugu on August 15, 2009, invested at the Methodist Church of the Trinity, Tinubu, Lagos in November 2009 and was enthroned as Archbishop of Enugu on 31st January, 2010. After a keenly contested electoral college for the election of the Prelate of Methodist Church on September 1, 2013, he beat 9 other shortlisted Episcopates to emerge winner and was subsequently invested with the paraphermelia of office on 6th October, 2013 being the first Igbo Leader of the premier Church in Nigeria after 171 years of its existence. 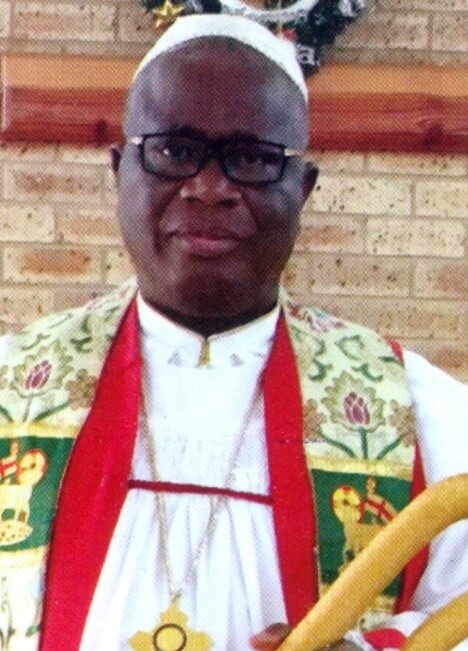 As the Archbishop of Enugu he brought about aggressive Spiritual and Structural transformation of the Diocese of Enugu. It is on record that nine new preaching stations were established during his stay in Enugu Diocese, the Archbishop’s house was recommenced and roofed, the Methodist College received attention as never before as it was finally roofed and Women Development Centre now converted to a Hospital was also roofed.

The perimeter fencing in Agbani Road was commenced and completed with two buildings at the entrance for security and bookshop respectively. Three new Circuits of Abakpa, Garriki and Nsukka were created and the people of Enugu both Methodist and non Methodist were in love with the then Archbishop, his wife and family. In fact the Uches have become a household name in Enugu and environ. His Eminence, Dr. Samuel ‘Emeka Kanu Uche was the Treasurer, Christian Association of Nigeria, Kano State (1991 – 1994), Chairman, Kano State Christian Welfare Agency (1991 – 1995), Chairman, Christian Association of Nigeria, Kano State with 47 Local Government Chapters (1994 -1997), Member of 9 Man Committee for the Imo State Civil Service Salary Structure (1999), member, Imo State Secondary Education Management Board (2001-2003), Member Board of Trustees, Owerri Capital Development Fund (2004 – Date), Member of the Transition Committee under Chief Ikedi Ohakim (2007), Member, Imo State Council on Vision 20:20:20 (2009), and Grand Patron Anti Corruption Volunteers Corps (ICPC) Imo State (2008 – Date).

He and his wife are special members of the Bible Society of Nigeria. By virtue of his office, he is a member of the World Methodist Council and the World Methodist Conference. He has also been a serving member of the Nigeria Inter Religious dialogue made up of 50 Christian Leaders and 50 Islamic Leaders. His Eminence is happily married to a lover of God and Leader of Methodist women, Nneoma Florence Nnenna Uche. She is a supportive wife and a retired Senior Administrative Staff of Yaba College of Technology, Yaba, Lagos.

She is currently the Coordinator of the South Eastern Zone of Christian Council of Nigeria Women’s Wing. The marriage is blessed with lovely children and grandchildren.For 2 hours, he spoke to City People Publisher, SEYE KEHINDE about his life and why he would continue to be greatful to God for how far he has come. Watch out in the next post or grab a copy of this week’s City People Magazine.

2 Hours With Prelate Of The METHODIST Church, Nigeria, His Eminence, Dr, KANU UCHE Talks About His Life @ 65 was last modified: February 5th, 2018 by Seye Kehinde