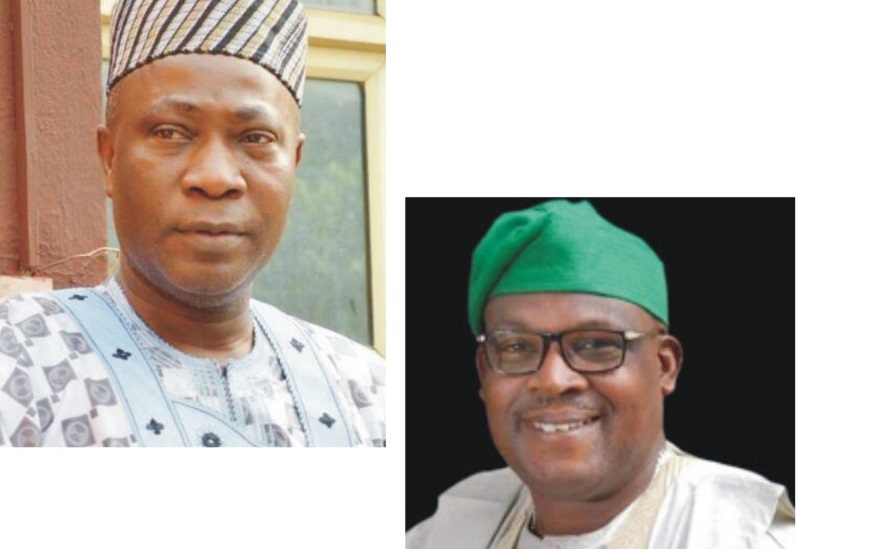 Ahead of the 2019 general elections, Ogun State is gearing seriously. Not only are the gubernatorial aspirants warming up, both the senatorial and House of Representative’s aspirants’ list keeps growing by the day. Last week a two-term member of the House of Assembly, Hon Olusola Bankole representing Ado Odo Ota State Constituency made known his intention to run for the seat Senator Gbolahan Dada occupies. Also former Deputy Speaker of the House, Hon. Gbenga Gbeleyi who has been a force to reckon with in Governor Ibikunle Amosun’s government also declared he will be running for the same seat.

HON. OLUSOLA BANKOLE
Honorable Olusola Bankole is a two term House of Assembly Member in Ogun State ,he is also The Chairman, House Committee on Finance and Appropriation in Ogun State House of Assembly, Hon. Olusola Akanbi Bankole, has thrown his hat into the ring for Ogun West Senatorial District seat. He is presently representing Ado Odo/ Ota State Constituency I1 in the state House of Assembly, a two term lawmaker and has been Chairman, House Committee on Finance and Appropriation since 2011. According to him, he is contesting for Senate because he believes he has acquired the requisite experience to be able to represent Ogun West in that Upper Legislative Chamber in Abuja.

He is one of the few lawmakers that have made their mark. He has been visible as he makes rich contributions towards the passage of bills and resolutions and is always constructive while contributing to debates in the House

Some of his empowerment programmes to his constituents include free medical check-ups, sinking of boreholes and deep well across the 15 communities in his constituency. In recent times, he facilitated the construction of a block of two classrooms and public toilet at LG Primary School Ketu Adie Owe at Ado Odo town and bore holes at Ado Odo Township Market.

He also facilitated 2 kilometers of electrification for 4 communities in the area including Alagogo, Eleru, Ago Isola and Apena. Items like poles, cables and 500 KVA transformer and others were provided for the communities.
He is a native of Ado Odo , but was raised in Agogo Village near Igbesa. He enrolled at LG Primary School, Ketu Adie Owe in 1975 and later Saka Tinubu Memorial High School, Orile Agege, where he obtained his West African School Leaving Certificate.

He also attended Muslim Teachers College, Ikotun for his Grade II certificate, from where he proceeded to Federal College of Education, Kastina State for his NCE in 1989.

HON. OLUSEGUN GBELEYI
Hon. Olusegun Gbeleyi is a former Deputy Speaker of the Ogun State House of Assembly. He has also declared his intention to run for the Ogun West Senatorial District seat in the 2019 general elections. Hon. Gbeleyi, who is contesting on the platform of the All Progressives Congress, said that his intention to contest the senatorial seat was to unlock many opportunities for the benefit of the people of his constituency.

He announced his intention last week at a meeting of the Ogun State Council of Elders under the chairmanship of Senator Kola Bajomo at the G.R.A Ibara residence of Deacon Poju Adeyemi in Abeokuta. Hon. Gbeleyi, who served as the deputy speaker of the state, between 1999 and 2003, under the Chief Olusegun Osoba administration, promised to cater for the welfare of the elders, carry out youth employment and empowerment programmes, and ensure affordable healthcare, education, as well as construction of good roads.

He is the son of late Hon (Chief) E. A. O. Gbeleyi, the Otun Oba of Igbesaland and the 2nd Igbesa politician to be elected into House of Representatives in Lagos (1964-1966) representing Egbado South Federal Constituency. His father was also the Junior Federal Minister for Labour & Parliamentary Secretary for Labour under the Sir Tafawa Balewa Government before the first military coup of January 1966.

In September, 2000 at the Commonwealth Parliamentary Association (CPA) conference held in London as part of the official delegate representing Nigeria RT Hon (he moved motion for strong case for debts relief for Nigeria to sustain its then nascent democracy, this motion was unanimously adopted for implementation.)

His Political Project includes Independent Power Plants (IPP) project been carried out by Sholep Energy Ltd to generate 5MW of Solar power for the use of Ogun State Polytechnic, Ipokia and its environs on, “pay as u go” basis. He is head of the five man monitoring committee supervising the reconstruction of Atan – Agbara road with a fly over bridge.
He is also assigned by Governor Ibikunle Amosun to coordinate the World Bank project on new power line routes and five new sub stations.

Asiwaju Tinubu is a man after God’s...