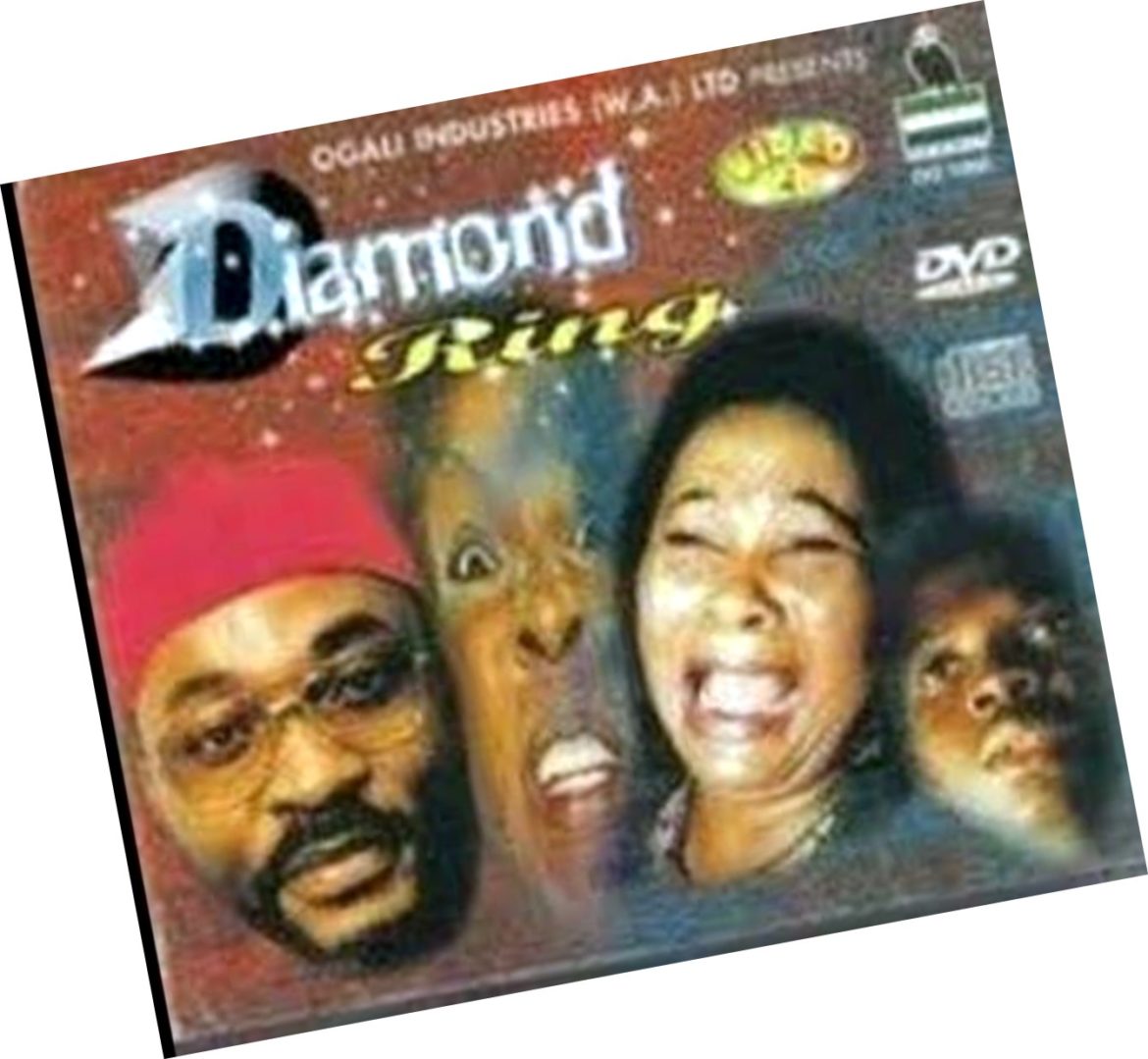 It’s no more news that most of the movies produced lately always lack the ideal storyline people look forward to compared to the ’80s and 90’s when every movie produced had deep storylines that both old and young will learn one or two things from. These days what producers often showcase in movies is just glamour, with little or no reasonable message to pass across.

This equally explains why lots of actors feel it is better to bring back some of those evergreen movies for people to watch again, though with a little adjustment to still make it fit into the current happening in the society, and also meet up with the latest development and standard in place. Stars like Ramsey Noah late last year premiered “Living In Bondage”, which is one of the best movies of the 80’s lots of people were really happy about what he did with the evergreen movie. Also, star actress, Funmilola Holder is presently working on the evergreen epic movie “Efunsetan Aniwura”, which she will be released to cinemas from 30th January 2020”.

According to her “we are doing this for the culture! Let’s tell our own stories”.

It is a 1992/93 Nigeria two-part drama thriller directed by Chris Obi Rapu, written by Kenneth Nnebue and Okechukwu Ogunjiofor.

This movie Living In Bondage became a game-changer that changed and created the Nollywood we know today and it was after this very successful movie, that other movie producers started producing movies in Nigeria.

This movie is unarguably one of Nollywood’s all-time favourite movie, it was released in 1998 and directed by Tade Ogidan. The movie is very entertaining and educative.

The storyline dwells on the fact that peer pressure is a serious issue in society, one should never underestimate the love of a parent and also it teaches that pampering of kids is not love.

It is a Nigeria film produced by Zeb Ejiro, directed by Andy Amenechi and written by Bond Emeruwa.  It was released in 1996.

This was the classic movie that defined Omotola Jalade Ekeinde’s career as a brilliant actress. It featured stars like Omotola Jalade, Fred Amata, Kunle Bamtefa and others.

This movie was produced in 1997 by Tade Ogidan. It won several awards at the Nigerian Movie Awards including Best Film, Best Actress and Supporting Actress. It featured extensive police action and a great storyline full of chair edge suspense. A story with great twists and turns. It stars Tope Idowu, RMD, Bimbo Manuel, Lanre Balogun, Anta Laniyan and lots of others.

It is a landmark film in the Nigerian home video. It kicked off the newly established trend of shooting films about “Single Girls” and their misadventures in big cities. The buzz for this film was remarkable and the word Domitila was on everyone’s lip. It was produced in 1996 and it featured stars like Kate Henshaw, Sandra Achums, Ann Njemanze, Ada Ameh, Charles Okafor and others.

It was the first Nigerian movie about runs. This movie existed even before the word “Runz” came into existence. Glamour Girls is the story about a village girl played by late. Jennifer who was convinced by her friend, played by Gloria Young to come get a job in Lagos so as to live a better life. It was released in 1994 and it featured stars like Liz Benson, Gloria Young, Sola Fosudo, Barbara Udoh and others. Written and produced by Kenneth Nnebue, directed by Chika Onkwufor.

The movie launched the career of Genevieve Nnaji who played a cameo role of a television reporter. The movie had lots of similarities with the American movie “Set It Off”. The storyline is about a group of unemployed ladies decide to rob to make money disguised as men.

It is a 1996 romantic drama film directed by the late Amaka Igwe and featured stars like Richard Mofe Damijo, Joke Silva, Ego Boyo, produced by Ego Boyo and Charles Igwe and others.

The film tells the story of a young man Tega from a wealthy background who falls in love with Peggy who came from a different background. However their marriage is put to the test when hidden secrets unfold, Tega’s ex-wife re-appears in his life and he also learned about his ex-boss relationship with his wife when she was young.

It was produced by Okechukwu Ogunjiofor and directed by Zeb Ejiro in 1992. The blockbuster movie had that time starred Ndidi Obi as the lead character. Nneka was a mermaid disguised as a human whose mission on earth was to go after married men.

It is a 2002 Nigerian family comedy. This movie launched the acting career of two actors Osita Iheme and Chinedu Ikedieze. It was directed by Amayo Uzo Philips and stars other actors like Amaechi Muonagor Oby Kechere, Frances Nsokwu and others.

It is a 2003 Nigerian Comedy film produced and directed by Kingsley Ogoro. This film is rated as one of the highest-selling Nollywood films in history. It starred Nkem Owoh, and it was followed by a 2004 sequel titled Osuofia In London 2.

It is a classic Nigerian occult movie that was released in 1997, where the main character had to use people he knows and people he doesn’t know for rituals to acquire wealth after he lost his job as a banker. It was directed by Chico Ejiro and it features stars like Kanayo O. Kanayo, Zack Orji, Francis Agu, Sam Dede, Ejike Aseigbu.

IGODO, THE LAND OF THE LIVING DEAD

It is a 1999 Nigerian adventure film that was produced by Don Pedro Obaseki and directed by Andy Amaechi. It features the legendary Pete Edochie, Sam Dede, Amaechi Muonagor, Charles Okafor, late Prince James Uche, Nobert Young among others.

It is a 2000 Nigerian movie that was directed by Lancelot Oduwa Imasuen, it involves community vigilante boys fighting against criminality like armed robbery and murder cases that put fear and panic in the community. It stars Sam Dede, Chiwetalu Agu among others.

It is a 1996 Nigerian horror film whereby a girl “Karishika” who has been sent by Lucifer to the world to come and kill destroy and tempt people in order to increase the population in hell. It stars Bob Manuel, Becky Okorie, Sandra Achums, Amaechi Muonagor, Sunny MC Don, Adaora Ukoh, Andy Chukwu, Steve Eboh among others.

Is a 2000 Nigerian classic supernatural film, directed by Lancelot Oduwa Imaseun, it tells a story of a man who had financial difficulties, as a result of his predicament, he was introduced to an occult group by his friends and along the line, more human sacrifices were involved. For years the man enjoyed a good life, then it was time to die. When he died his burial created a lot of problems. The film was based on the real-life happenings surrounding the death of Ogbuefi Nnamani.

It’s a Nollywood Yoruba drama film sequel directed by Tunde Kelani. Released in 1993 through Mainframe Film and Television Productions. The film was Tunde Kelani’s debut film as a film director. The story was by Kareem Adepoju, and it stars Grace Oyin Adejobi, Kareem Adepoju, Gbolagbade Akinpelu, Dele Odule among others.

The legendary African King is a 1997 epic Nigerian film written by Wale Ogunyemi, produced and directed by Obafemi Lasode. The film depicts the life and reign of the legendary fifteenth-century Africa King Sango who ruled as the Alaafin of Oyo and became an important diety of the Yoruba people. It featured Wale Adebayo, Wale Ogunyemi, Antar Laniyan, Kola Oyewo, Joe Layode, Racheal Oniga and lots of others.

An adaptation of Prof. Akinwunmi Ishola’s novel of same name “Oleku” was released by Mainframe Film & Television Production in 1997. The movie tells the story of Ajani, a final years student of University of Ibadan in search of life partner due to pressure from his mother. He finds himself in a love quandrangle as he becomes involved with three beautiful women.

has been rated one of the greatest Nigerian movies of all time, it is dialogued in Yoruba and has recorded one of the largest sales in the African film market. Shot in 1996, it stars Femi Adebayo, Racheal Oniga, Bimbo Akintola, Taiwo Hassan, Sunday Afolabi, Jide Kosoko, Yinka Quadri, Ayo Mogaji, late Sam Loco Efe. The movie equally won several awards home and abroad, directed by Tade Ogidan, produced by Niyi Wuraola.