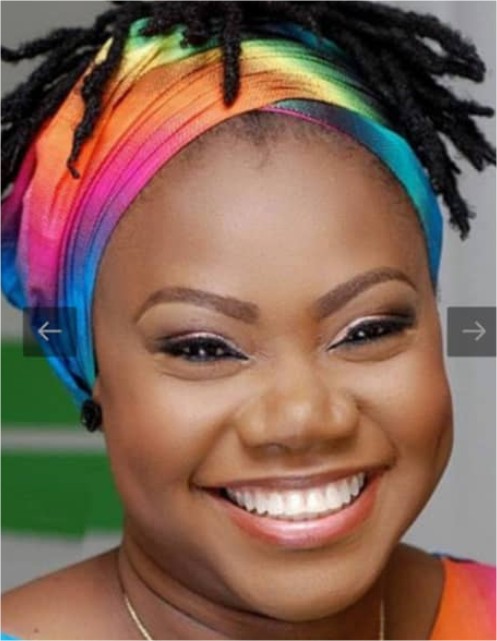 Gone are the days when men dominate the movie industry, especially in movie directing and production. Now, things have changed, as the female folk are giving men a run for their money. We have women who are not just doing exceptionally well in these field but rather breaking the ceiling.

They, produce blockbuster movies that have won several awards both home and abroad, and they are not slowing down at all, in achieving more successes.

Initially, when topics such as this are being discussed, the names that quickly come to mind are hardworking and pacesetting names Mo Abudu, Emen Isong, the late Amaka Igwe and Tope Oshin Ogun.

Successful actresses, who have also excelled as Producers include Funke Akindele, Omoni Oboli, Stephanie Linus, Omotola Jolade, Rita Dominic and Toyin Abraham. There are also some other ladies who are equally doing exceptionally well in the movie industry, producing blockbuster movies back-to-back.

Some of them include: Biodun Stephen, a very hardworking writer, director-cum- producer. She specialises in romantic drama and comedy films. She studied philosophy in Obafemi Awolowo University, worked as an OAP and news presenter on radio. Her movie entitled: “The Visit” was one of the first Nollywood movies bought by Netflix.

Bolanle Auster Peters, she is a business woman, lawyer, award- winning filmmaker and director. She is the founder of Terra Kulture and Bolanle Austen Productions (BAP).

She has also ventured into filmmaking with its first feature film entitled 93 days, a film based on the true story of the Ebola crisis in Nigeria. It featuring as Danny Glover, Tim Reid amongst others. She directed and co.-produced the award- winning movie, Bling Lagosian”.

Kemi Adetiba is an award-winning filmmaker, cinematographer, music and video director. She is widely known for her works in the industry especially in blockbuster movies such as “Wedding Party and “King of Boys”.

She has carved a niche for herself in Nigeria Entertainment Industry. She is famous for Nigerian hip-hop music video she has directed. Most of these hardworking and successful women have made names in others aspects of the entertainment industry before venturing into movie directing and production.

She served as a trainee Journalist and Producer at Channels Television between the year 2007 and 2008. Her career experienced a turning point when she joined Digital Marketing Team at GTBank and created Ndani TV, a project that pushed the bank to become one of the most innovative and creative Nigerian bank online.

She continued her journey as a filmmaker as she launched her production company, Tribe 85 Productions with the vision of telling African stories to a global audience.

Uduak Isong Oguamanam, she is the younger sister of the award- winning filmmaker, Emen Isong. Uduak is also an exceptional movie director, script writer and producer.

She is the CEO of Closer Pictures Productions and popular for movies such as “Desperate Housegirls” lost in London among others.

Dolapo Adeleke, she never had plans of being in the entertainment industry. Fate, however, had different plans for the ever radiant filmmaker. She got her big break with the short film, “Brave” in 2014, which earned her numerous awards and recognition.

In 2015, she produced her first critically-acclaimed television film. A place called Happy. A movie in which she featured both Nigerian and Ghanaian actors.

Oge Obasi has a production experience spanning over a decade, having worked in various formats for TV and Films on such projects as the Figurine, Amstel Malta Box Office TV Programme for Spice TV.

She produced the acclaimed Zero Budget Zombi featuring “Ojuju” as well as the semi-auto biographical gangstar saga: “O Town” both written and directed by her husband.

Ololade Aderayo Ebong, the very beautiful and hardworking Ololade Ebong is a trained cinematographer and movie producer. A graduate of Theatre and Performing Arts from Ahmadu Bello University. Her short movies have received several awards home and abroad.

She has also produced award- winning movies such as “Ife Aimo” amongs others.

Chineze Anyaene is a pretty filmmaker and producer who is best known for the award-winning movie entitled: “Ije”. She is the CEO of Xandria Productions a fully integrated studio which specialises in production, acquisition, marketing and distribution of theatrical motion pictures within and outside Africa.

Victoria Tamere Akujobi, she is an award-winning editor-cum-producer, who has worked on award winning movies such as The Set Up, Chief Daddy, The Wedding Party 2. This young and hardworking lady also co-produced the award-winning movie, entitled: “The Elevator Baby” alongside Niyi Akinmolayan and the movie “Prophetess” which is currently rated one of the highest grossing movies in cinema.

Chika Anadu is a filmmaker best known for a film entitled: B for Boy. She has written and produced several short films. Her movies are known for tackling issues of gender discrimination and cultural pressures surrounding tradition in Nigeria.

Judith Audu (fight) is an actress, presenter, model, blogger, entrepreneur and movie producer. Besides being a successful actress, she is a movie producer and has produced a good number of movies such as “Not Right” her first movie, which she also featured in alongside Omowunmi Dada and Philip Festus.

Cindy Marcus is another young, beautiful and talented movie producer in the industry. She is a popular face in the movie industry and doing well as a producer. She has produced movies such as Smokes, Twisted Fate, Darkness among others.

Uche Nancy though not new in the industry started her career as an actress and has featured in a good number of movies. Today, you can’t talk about top-rated movie producers in the Eastern part of the country and her name won’t make the list.

She has been producing award- winning movies back to back.

Besides these above mentioned names we have brilliant filmmakers in the industry who are also full time actresses in both English and Yoruba genres. Always producing movies back to back such as Uche Jumbo, Ruth Kadiri, Yewande Odukoya, Adekemi Taofeek, Kiitan Bukola, Mercy Aigbe and a host of others.

Many Don’t Know MKO Was OBJ’s Senior In School