Many Don’t Know MKO Was OBJ’s Senior In School 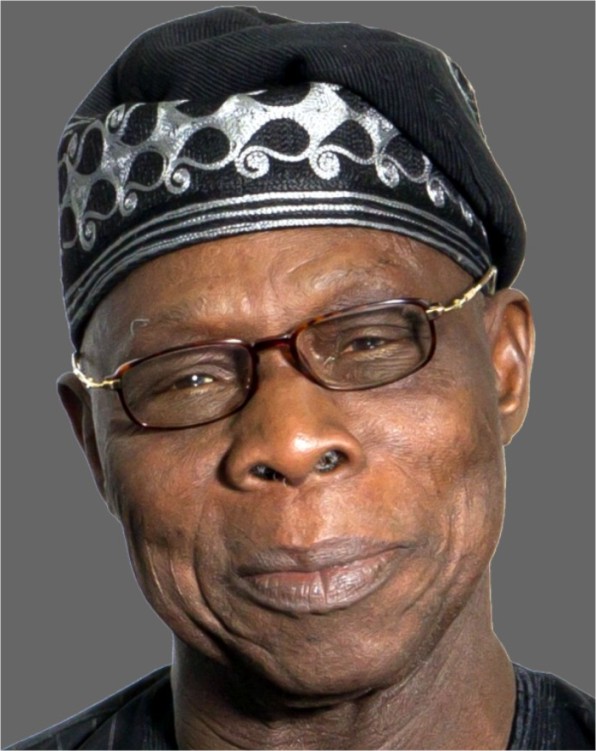 His life was a paradox of Poverty and Plenty. Decades ago, his mother died of dehydration because the family was too poor to afford the doctor’s fee of 5 shillings and 6 pence for her treatment. The same year, his father’s house was auctioned to offset the family’s rising debt profile. When he was born 61 years ago, he was the only surviving child of 23 children – born to his father. Others had died before reaching the age of six months. The main problem which faced his family then was Poverty.

And the late Moshood Kashimawo Olawale Abiola never failed to tell you that, “the biggest challenge in my life has been the challenge of poverty.” To challenge this Poverty, Abiola had to roam the neighbourhood searching for and selling firewood to earn a living.

All these were soon to become a footnote to his life history, a  few years after. He was to soon metamorphose into-a multi-millionaire with a network of business connections in no fewer than 60 countries. With his vast fortunes, he was able to obliterate all remnants of poverty within his family and he has reclaimed his father’s house that was auctioned decades back.

Almost all his extended family members now have houses of their own and their own thriving businesses as well. And as if to cap it all, the late Chief Abiola has acquired, by the last count, about 164 traditional titles.

But the most controversial of his chieftaincy titles is that of the Aare Ona Kakanfo (generalissimo) of Yorubaland – a 50th birthday gift from Oba Lamidi Adeyemi, the Alaafin of Oyo and a prominent member of the Alaafin’s Oyo Mesi (traditional cabinet) took the case to court asking Aderoju Aderemi, an Oyo State High Court judge to grant an order of interim injunction restraining the Alaafia from installing Abiola the Aare Ona Kakanfo in January 1988. He lost and Abiola became the 14th Aare Ona Kankafo.

Born on August 24, 1937, in Abeokuta, Ogun State, the late Abiola attended Baptist Boys High School, Abeokuta, where he was General Olusegun Obasanjo’s senior. By the age of nine, he had formed his own “Kasimawo Orchestra” to raise money. This he fashioned after that of Adeolu Akinsanya, the leading highlife artiste of that era. His fee for an engagement was 48 balls of amala with stew and vegetable soup, plus 10 shillings and six pence.

In December 1956, he started work with the then Barclays Bank in Ibadan as a clerk. But unfortunately, his mother died the same day he began work, said the late Chief Abiola: “It was the saddest day of my life”. In 1958, he joined the Western Region Finance Corporation as Executive Officer (Accounts) and later became higher Executive Officer.

Three years later, he secured a Western Nigerian government scholarship to study accountancy at the University of Glasgow, Scotland. He became a Chartered Accountant in 1963. After working for some time, he came back home in 1965 as deputy chief accountant of the Lagos University Teaching Hospital (LUTH). Apart from his brief spell at Pfizer Products Limited as divisional controller, he got a £7,000 job with Guinness, but his father’s insistent opposition made’ him resign after a while. “My father said he would never have his son work in a brewery,” he explains. “So, I had to call it quit”. In 1969, he joined the International Telephone and Telegraph Corporation (ITT). It was there that MKO made his money and fame.

His stay in South Africa during this period opened his eyes to the atrocities of apartheid. As ITT Vice-President for Africa and Middle East, he had to live in Johannesburg. But since the apartheid system did not allow blacks to share the same facilities with whites (notwithstanding the status of the blackman) he was forcefully ejected out of his ITT vice-presidential lodge and provided a place in the black residential quarters.

“For two nights, I couldn’t sleep, “he recollected. “They must have selected special mosquitoes and bed bugs for the room. They couldn’t understand why ITT had the temerity to appoint a blackman as vice president.

They (ITT) too did not want that, but there was nothing they could do because it was through examination”.

This traumatic experience has put him in the forefront of the call for the emancipation and defence of the blacks all over the world, especially in America where his keen interest in the welfare of blacks in that country has earned for him many awards. In 1987, he received the Back Heritage Award from the National Association for the Advancement of Coloured People and in October, the following year, he was presented with a plaque by the Black Caucus Foundation of the US Congress for “his global  Pan-African mission”. A honorary senator in the state of Louisiana, Georgia, and Ohio” Chief Abiola got a special mention for organising the first African, Cultural Festival at the Mall (over-looking Congress in Washington DC), at which over two million people listened to the inaugural address he gave to a world audience on Tv.

If the late Abiola could said to have been a success in business, same cannot, said of his foray into politics.

Elected-into the Constituent Assembly that ushered in the ill-fated Second Republic, the late MKO joined the National Front that snowballed into National party of Nigeria (NPN). He became Chairman of the Ogun State branch of the NPN, which he bankrolled. He committed limitless resources to providing cars, motorbikes and vans to sustain the party.

But he felt he was short-changed as he was not allowed a close shot at the presidency of the country, owing to NPN’s zoning system. This made him abandon politics on July 15, 1982. The foundation of his political ideas could be traced back to November 1953. Said the late Abiola”.

There was a big noise of local music, and the song was Egbe Olowo legbe Awolowo Olorun ni yio o pa akuko  (to mean that Awolowo’s political party was the party of the rich man. God kill all the cocks). The cock then was the symbol of the NCNC.

Despite his enormous wealth and exposure, the late Abiola did not abandon his affinity with his Yoruba tradition. He was still the same simple man who fratemised with the poor. A visit to his Ikeja residence, or, his Sabo home in Abeokuta bore testimony to this. He still ate his age-long favourite food of eba early in the morning, and still slept on the same bed he bought when he came back from London. His speeches were often punctuated with wits and home-spun humour. This is further enriched by copious references to instructive passages from the Holy Bible and Holy Koran, which he finished reading in 1949.

These are reflected in all his long speeches which he often crafted himself. Most times, he did most of his writings, while travelling. In May 1982, Abiola was to deliver a speech to the New York chapter of NPN. The day be was to leave Lagos, he started drafting his speech on the one-hour fight from Makurdi. By the time the plane landed Lagos, he had finished the draft. When three hours later he headed back to the airport enroute Washington, he was holding the completed speech. This unusual attribute astounded Dr. Tai Solarin, making him devote his September 13, 1987 Sunday Tribune column to Abiola. He explains: “MKO is a gifted child; an egg head as the American would say. On August 3, MKO gave a lecture. When I flew down with him the previous day, August 2, from Sokoto, MKO was yet writing out his speech in flight. The speech was finished that night, typed out, cut in stencil and produced ready for next day’s  lecture. There were over 30 pages of it. There must be very few university professors that would vie with the finished product for its richness and scholasticism. I could not, myself, produce the paper in that length of time”.

Chief MKO Abiola is best known as a philanthropist, who touched the lives of many Nigerians. He made significant financial commitments from 1972 to date, in fund-raising activities for 63 secondary grammar schools, 121 Mosques, 41 libraries, and 21 water projects in 17 states of the federation. He built a secondary school, Salawu Abiola Comprehensive High School at Osiele, as a way of paying back a people “who had helped me in my boyhood days”. In his words, “these people have made me what I am today by patronising my Agidigbo music and buying firewood, which I fetched to pay my school fee during those rough days”.

He also established a Quoranic Training Centre in Abeokuta to specialize in the teaching of the Quoran and Hadith.

His experience of poverty as an adolescent made him loath socialism and radicals whom he calls “pipe-dreamers”, he says “who are the so-called left wingers of today and the intellectuals, are those who left for the UK at the age of six or seven, who had enough money to buy Kapital and these socialist books when I couldn’t even buy any single textbook until I left school The problem is that these people could afford to buy books at a time when they could not even afford to digest it so they got it upside down”. He added: “If some of the pronouncements of these people are made in Russia, they would be given a one-way ticket to Siberia for the rest of their lives. What they are saying is not even applicable in the Russia of Gorbachev where the glasnost idea has been approved by the Presidium”.

Apart from the world of business and politics, sports was Chief Abiola’s other area of focus. And this earned him the epithet, “The Pillar of Sports in Africa”. He has donated immensely to sporting clubs and activities. As Chairman of the fund-raising committee for the National Olympic Committee in 1986, he was able to raise more than five million naira, This outstanding feat earned for him in 1989 the chairmanship of the 25-man Presidential Monitoring Committee towards the effective hosting of the 1991 Junior World Cup. “The magnitude of our responsibility is clear, the stake is high, the talk is herculean, but it is not impossible”, he explains. “It is not our duty to turn Nigeria into another Saudi Arabia. All we will strive to do is to make our  country good enough for the whole world to be pleased to come, play and then do business with us thereafter” .

Like every human being, Chief Abiola had his own foibles. His love for hardwork was legendary and the other was women. His robust health made him work for over 16 hours a day and the night is not constraint to him as he hopped from one capital to another. He was  known to knock on the doors of his friends as late as 2.00am. He appeared to have many women in his life. And perhaps only himself could have given you at a moments notice the number of wives he had. However, one prominent person in MKO Abiola’s life is his most senior wife, late Simbiat Atinuke Abiola (nee Soaga) his wife of 30 years. She. made him stop smoking in 1963 when his son Kola who was then a little boy, was beginning to learn how to smoke.

To allow him concentrate more on his other investments abroad, Abiola’s children now man most of his Nigerian businesses. He was not inured to all the criticisms often levelled against him. But he said he was not bothered. His reply: “In the world which we are, most people are spectators. There are very few actors. Hence, the spectators cannot help but talk about the actors”.