Home News 2003 Presidency: Why FASHOLA Has Been Very Quiet
News

2003 Presidency: Why FASHOLA Has Been Very Quiet 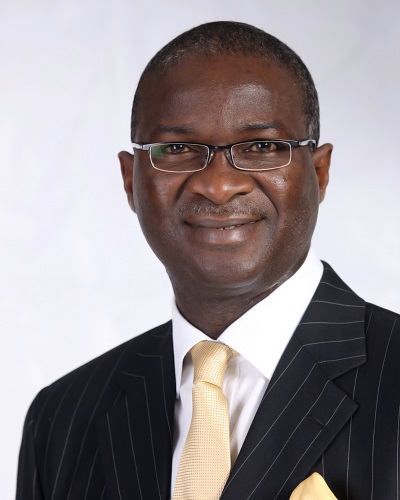 Have you noticed that Mr Babatunde Fashola, the Minister for Works & Housing has been quiet for quite a long time and he has not dabbled into politics? All he has been doing for the past 2 years has been to focus on his assignment as Minister.

Even when his name was dragged into the list of those likely to run for the presidency in 2023, he kept mum about it. At some point in September 2021, his Special Adviser Communications Hakeem Bello issued a Press Statement distancing Fashola from the antics of unsolicited support group. He urged well-meaning people to disregard the invitation of some groups operating under The Nigeria Project 2023, purportedly to the inauguration of a support group for the Minister and the Governor of Borno State to launch the 2023 elections.

He said as honourable Minister, Mr Fashola is currently focused on leading his dedicated Team in the Ministry of Works & Housing to deliver on the mandate of President Muhammadu Buhari for an expanded and upgraded road transport infrastructure and affordable housing nationwide in other to achieve economic growth and prosperity for the citizenry.

More mischievous was the gist making the rounds then, that he was one of the top aides of Tinubu who the Northern Cabal wanted to use to scuttle Tinubu’s chances come 2023. Fashola’s absence in London to see Tinubu during his health challenge further fuelled another round of rumours that all was not well with them. After Tinubu came back to the country, Fashola visited him in Abuja and the Photographs of their meeting went viral on social media to further confirm that all is well between the duo. Insiders say Fashola has been very careful in his handling of the situation.

City People can also authoritatively reveal that all is well between the 2 and Fashola has distanced himself from all the ongoing 2023 Presidential schemings. He has also given Tinubu an idea of his mindset. City People gathered that he has told many privately that he is one of those who will never be used to fighting Asiwaju, his former Oga who he first met in 1990.

In his tribute to Tinubu when he turned 60. Fashola revealed a lot about his political godfather. He described Asiwaju Tinubu as a Logistician.

“In describing Asiwaju as a logistician, I took the literal meaning of the word and that was the context in which I spoke.

A logistician is “someone who is skilled in the practical organization that is required to make a complicated plan successful when a lot of people and equipment is involved”.

In this context, I will explain my estimation of Asiwaju as a man who fits this definition by a case study of a few real-life situations and leave the readers to make up their minds about this man for whom it will take some time for our inks to dry as his story is written and re-written.”

“Let me say generally about his public image that I do not remember one public contest where he has lost the war. I speak to many battlefronts, from Oyo to Borgu, Ife, Ibadan, Lagos and Anambra to mention but a few. Of course, he bears many battle scars and these attest to his tactical ability to surrender battles in order to win wars.”

“I have never told him this before, but I think his looks are perhaps his biggest weapon. He wears a placid face that masks his intellect and quick thinking and probing mind.

By the time I started working with him, I realized how much advantage his looks gave him against his adversaries. It was always tempting to underestimate him, but many of his opponents have found out often too late that they have been outwitted by a man of razor-sharp mind and quick wit.

My very first contact with him was a visit that Wale Tinubu, his nephew and I undertook to his office when he was Treasurer of Mobil at Bookshop House in Lagos a day after the Eid-el-Kabir Festival in 1990.

What struck me was that in his suit as a senior executive, he had the time not only to have arranged fried Sallah ram meat for his staff who were less privileged, he was actually supervising the distribution of the fried meat neatly packaged in polythene wrappers among the staff from floor to floor in Bookshop House.

He could have asked somebody to simply go and distribute them as many of us would probably have done.

Our interactions were fewer and far between until August 16,2002 when I assumed duty as his Chief of Staff.

One of the first assignments I had to deal with in the early months of my tenure was the Voters’ Registration exercise in preparation for the 2003 general elections and a Presidential visit to Lagos in 2002.

Of course, as we all know, Voters’ Registration is a Federal Government responsibility carried out by the Independent National Electoral Commission (INEC).

It is not important to dwell on the ineffectiveness that characterized that effort.

Suffice to mention that many should recall that what should normally be a continuous painless exercise in better-organized jurisdictions who appreciate the value of planning, was a rushed exercise of a few days that produced stampede, emotional stress and anguish for the citizens who were to benefit. Many ultimately were left out.

What did Bola Ahmed Tinubu do? As usual, the Federal Government got the full length of his critical tongue, but he is not only a talker. The Logistician set to work, we printed Forms, we organized the courts and Local Governments and got all the people who were excluded to complete forms and swear an oath to the fact of their exclusion.

The same foresight and organizational ability were brought to bear during the last census exercise.

It is to his organizational credit and ability that Lagos must remain grateful during this exercise, first that he declared a work-free day which saved the loss of many lives that would have been lost on the Broad Street during the census exercise when the Bank of Industry building partially collapsed.

If that was fate at play, the result that produced a figure of 17,250,000 people as the real population of Lagos in 2006 was the product of sheer doggedness, organization and a spirit that never gives up.

As Chief of Staff, it was my schedule to organize all the Local Government Chairmen, to co-ordinate the recruitment of men and women as our local enumerators who followed the Federal Government enumerators from house to house. They collected the same data and it is perhaps strange that they arrived at different results.

But I recall very vividly every night for about 10 days that the exercise took, we all met from 9 pm at State House Marina with the Logistician in the chair, listening painstakingly to every enumerator and the problems they encountered on the field every day.

To each, a solution was provided and we gathered the next day at night long into the early hours of the next morning to monitor progress, review new challenges and provide answers. He was simply unreservedly committed to getting that headcount right.

While the nation slept, the Logistician slaved with his people for his state and country.

I recall about 2 days before the end of the exercise when he spoke to the President at about 3am about the shortage of materials. The response of the President was that the nation had shut down and that it was simply impossible to get extra materials to Lagos unless Governor Tinubu could get an aeroplane to Abuja to pick them up.

I am not in the position to judge whether the President truly did not believe that he could order any of his presidential jets to deliver those papers to Lagos. If he thought getting an aeroplane at a time of national shutdown was a tall order he had truly underestimated the Logistician.

We had a small discussion, and by 4am I had woken up a pilot, and at 7am a plane was on the way to Abuja. Lagos got the extra materials, and the rest is history.

It is this determination and resoluteness never to accept defeat that put Lagos in a position to instantly refute the figure of just over 9,000,000 people reported by the Federal Government as the population of Lagos.

Asiwaju held a press conference, showing in detail, in a presentation made by Dr Obafemi Harnzat, the then Commissioner for Science & Technology, the fallacy and falsification in the foundations of the Federal Government’s declaration that Lagos had only a population of nine million people in 2006.

I must admit that this effort has proved most useful during my tenure as governor because the modest successes we have recorded here in improving the standard of people’s lives have been substantially assisted by the fact that since 2007, we have budgeted for and planned for a population of 18,000,000 people as against the 9,000,000 that the Federal Government will want us to believe.

While there are many experiences to share and I think I should leave him to decide how much of that he will share when he writes his memoirs, I will only now conclude by referring to how this organizational ability plays out in his politics.

After the 2007 general elections and the strong feeling of injustice supported by evidence of rigging and falsification, the Logistician set out on what may fairly be adjudged as his biggest political battle yet.

He assembled a team of lawyers, political experts and sought knowledge and assistance from far and near. One of the novelties of this endeavour was the introduction of forensic analysis and expertise to our election petition trials.

Sleep was forsaken; food had only a mechanical value of sustenance and was not a matter for relish. All that mattered was the fight against an injustice that rankled. Men were mobilized, inspired and equipped and in the fullness of time, results began to show.

One by one, with God, injustice was remedied. Justice triumphed, all the stolen states were returned, from Edo, came Ondo, followed by Ekiti and eventually and perhaps most sweetly Osun returned to Oranmiyan.

With his involvement in CODER, a single item agenda was set for the 2011 elections – one man, one vote. As a result, Ogun and Oyo returned to the progressive fold of which he is the undoubted standard-bearer.

Although the work is not finished, very commendable progress is evident. The road to this pleasant liberation of the South-West has taken many hours of sleepless nights and many days of belief and hope, driven by unyielding commitment. It has been fought by many men and women, some have paid the supreme price.

Enormous resources have been deployed to it. But the champion of the cause has been the indomitable organizer, mobilizer and Manager of men and resources.

He has been bruised and sometimes beaten, but certainly unbroken, and remains undefeated.

What next for the Logistician at 60?

Happy birthday and many happy returns, leader, Asiwaju of Lagos and Jagaban of Borgu.

READ ALSO: WHY MANY CELEBRITIES RUSH TO DOCTOR AYO FOR BUTTS & BOOBS SURGERY

2003 Presidency: Why FASHOLA Has Been Very Quiet was last modified: March 1st, 2022 by City People

Why Many Celebrities Rush To Doctor AYO For Butts & Boobs Surgery

Why OGBOMOSO People Can’t Forget AKALA In A Hurry