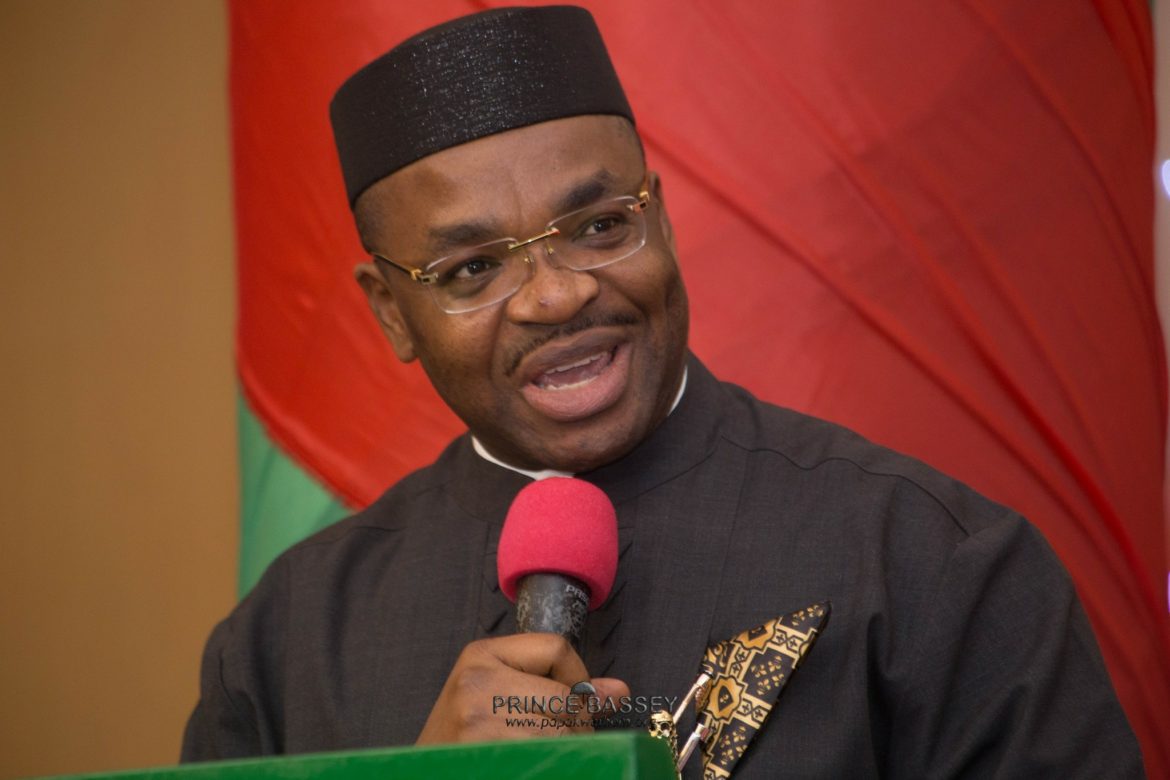 Governor of Akwa Ibom State, Udom Emmanuel, has expressed strong reservations regarding comments that the 2019 elections in the state would be war.

Speaking when he declared his intention to contest for a second term as Governor of the state, he expressed hatred for people “boasting that Akwa Ibom politics in 2019 would be like the invasion of Hitler”.

Speaking a few days ago in Aguobu-Owa, Ezeagu Local Government area of Enugu State, Senator Godswill Akpabio had insinuated that the governorship election in the state would be war, making reference to the Hitler invasion.

However, Udom, while declaring his intention to run for a second term, said such statements should not emanate from someone who wishes well for the people, and therefore called on Holy Ghost fire to “burn them”.

Addressing the people, he said: “I hate human beings boasting that Akwa Ibom politics in 2019 will be like war, the invasion of of Poland by Hitler. Is that what you people want?

Udom’s declaration was attended by Nyesom Wike, Governor of Rivers State; Okezie Ikpeazu, Governor of Abia State and Ramalan Yero, a former Governor of Kaduna State, among others