Home News 2019 Polls: Fulani man vows to “burn down the zoo” if Buhari does not return
News 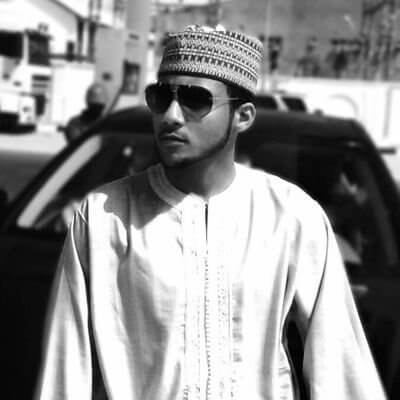 As momentum is gathering towards 2019 elections, plans are beginning to unfold itself by default as a Fulani man reveals that they are set to “burn down the zoo” if President Buhari does not win the Presidential seat for the second term running.

Buhari who won the heart of the masses in 2015 under the aegis of the All Progressive Congress APC is no longer the toast of many Nigerians after the expected change refused to surface in over two years of his reign.

He became a subject of attack from some former presidents like Olusegun Obasanjo and Ibrahim Badamosi Babangida who both showed their support for him in 2015 but have now lost hope in Buhari’s ability to restructure Nigeria and reposition the country’s lost economic viability.

The presidency has also been accused of nepotism for refusing to bring the dreaded Fulani herdsmen who have been responsible for several killings across the country. 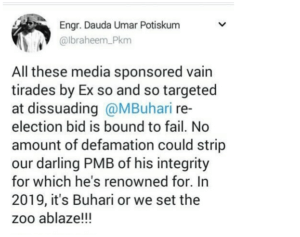 However, his Fulani kinsmen have vowed to ensure the president returns to office come 2019 or they set the country ablaze.

2019 Polls: Fulani man vows to “burn down the zoo” if Buhari does not return was last modified: February 6th, 2018 by Damilare Salami

I Don’t See Anything Wrong In Churches Paying TAX