2023: President Buhari, Osinbajo, and the Consensus Debate By Benjamin Agusto 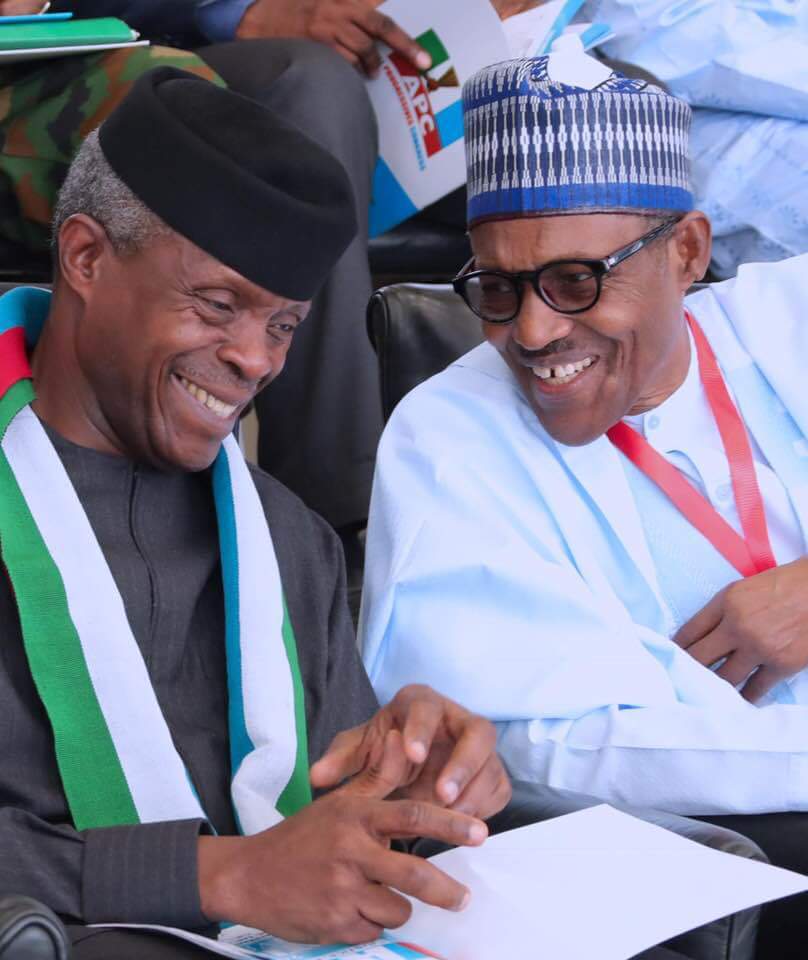 The handwriting may be boldly written on the wall, but it will take a discerning mind to interpret the signs as Nigeria marches on towards electing a president in 2023. One thing that has appeared to be a total mystery to so many political watchers and analysts is the unpredictability of the president, Muhammadu Buhari; the president has held close to his chest his preference for who should succeed him. Not even his closest associates and kitchen cabinet members seem to know what the president is thinking or who his preferred candidate would be.

However, it has become evident that President Muhammadu Buhari has wants to leave a legacy with his choice of a successor. His attitude and expressions have shown that he will prefer someone who will be widely and easily acceptable to all Nigerians and someone who has demonstrated commitment to the nation and to the political party, the APC. One thing also that the president has shown through his body language is that he is not willing to bring onboard a successor who has baggage of moral and legal bankruptcy, someone with a tainted public perception, and someone with a history of bigotry, myopia, and narrow mindedness. President Buhari has shown through his words and action that he does not want a president after him who will not have international acceptance or who will have questions and uncertainties regarding his or her past.

In his recent meeting with state governors of the APC and other key party stakeholders, the president was quoted to have said the following words:
“In keeping with the established internal policies of the party and as we approach the convention in a few days, therefore, I wish to solicit the reciprocity and support of the governors and other stakeholders in picking my successor, who would fly the flag of our party for election into the office of the president of the Federal Republic of Nigeria in 2023”.

This remark has generated diverse opinions within the party and even among nonparty members who are eager to know the direction of the president’s choice, and who he will prefer among the aspirants under the APC. While some have said that they will oppose the idea of a consensus candidate, others believe and have maintained that the party’s decision will remain supreme in any circumstance. And the president as the leader of the party is vested with the mandate to give the party a direction as to the way to go given that he also understands the demands of the office which he currently occupies.

Some have argued that those questioning the privilege or rights of the president to have a say in who succeeds him undermine the President’s right to nominate his successor and deny the party the opportunity to leverage the goodwill which the president has built and still enjoys across the country. That goodwill is transferable and can only be available to whosoever the president will bestow it on.

The president called for a widely accepted candidate of the APC who has an imprint with every segment of Nigeria and who is in tune with the philosophy of the APC. The president is looking for a capable hand who can win the votes of Nigerians across regional, religious, and political divides, one who will give the Nigerian people a sense of victory. He has asked for the support of the Governors, and while many will want to interpret the president’s stance as giving a nod to his most-preferred candidate, others have interpreted it differently. In whatsoever way that the president’s seemingly ambiguous speech has been interpreted, what is clear is that Nigeria is looking for a president with a broad-based and a wide spectrum of acceptance.

As for the governors and other key stakeholders of the party, including the members of the National Working Committee of the APC, it would make sense that they should allow him to nominate his successor as the president’s reserved twelve million votes across the country will most probably go to the president’s preferred candidate.