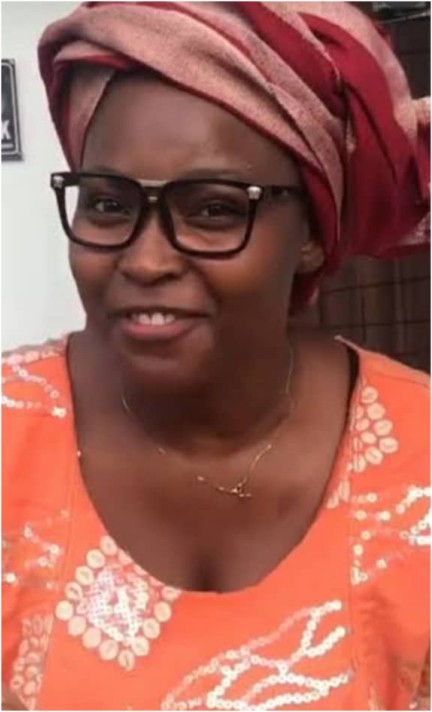 Social media especially Instagram has remained an avenue for these multi-talented young stars to showcase their talents for the world to see.

They use their mobile phones to post different content on social media known as Skits. Unlike the regular big screens, social media platforms like Facebook, Instagram, Twitter and others can reach a larger audience in few seconds and this explains why these young stars are gaining prominence every day and this attracts lots of big brands to them as well. With all these, they have been cashing out more compared to many actors in the industry.

They get mouth-watery endorsement deals and influence for lots of brands and charge heavily for their services.

But lately, a lot of highly talented skit makers have emerged and they are equally making it very big in the industry. Also with a huge fan base.

Aloma Isaac John popularly known as “Zicsaloma is a talented and successful singer, actor and writer who is also known for his female characters and funny facial expression. He was on the voice Nigeria contest but didn’t make it and he didn’t give up on his dream. Today, he is among the very top skit makers not just making waves in the industry, but also smiling to the bank every now and then with his endorsement deal.

Bukunmi Adeaga Ilorin popularly known as “Kiekie” is a content creator, brand influencer, fashion stylist and TV personality. She is widely known for showing off her fabulous style and fashion on her page.

Jubril Oladapo popularly known as “Officer Woos” is a popularly Instagram comedian and actor. He started his individual comedy career by making comedy skits as a Police Officer. He often features in Broda Shaggy’s Skits.

Promise Kelvin Anagbogu is professionally known as “Lord Lamba”, which implies “Lord of Lies”. He often use his skits to expose lies men say to ladies. Today he is one of the wave-making comedians with massive followers due to his creative unique skits.

Nasiru a.k.a. “Lamnasboi” is a comedian, actor and brand influencer who is well known for Impersonating Davido.

Adebayo Ridwan Abiodemi is professionally known as “Isbae”. A popular Instagram comedian and actor. He is very funny and known for his funny short skits. His father is a Nollywood veteran actor Kamal Adebayo and he picked interest in acting while in school and decided to follow his dreams.

Chukwuemeka Emmanuel Ejekwu popularly known as Mr. Funny is a comedian, actor, content creator and social media influencer. He is popular for using the phrase “you are a mini man” and “no na me fuck up” in his comedy skits.

Micheal Sani Amanesi known by the stage name MC Lively is a comedian and actor from Edo State.

Sydney Egere a.k.a. “Sydney Talker is one of Nigeria’s leading skit makers on Instagram. He came into the spotlight in 2016 when he delivered “the poor power supply” Instagram skit. His facial expressions acquired him the moniker “Mr Bean of Nigeria”.

Chinonso Ukah popularly known as Ada Jesus started her entertainment career shortly after her graduation from the University. And since her rise to stardom, she has combined both acting with comedy skit and has bagged different endorsement deals.

Mizz Gabbie or Flora 222 is in that category of comic stars who hide their real beauty just to entertain her fans.

She wears old wigs and applies make-up in horrible ways.

She is a comedy sensation who plays the role of a nosy customer care agent. She is indeed an Instagram and Tiktok comic star.

Madueke Johnmary Chikwendu popularly known as “Madjohny” is an actor and comedian. He is popular on Instagram for his jokes on prophetesses. He is among the wave-making young skit makers in the industry.

Ogunleye Olamide Babatunde is a popular Nigerian stand-up comedian, Instagram sensation, actor, MC known for his hilarious skits online. He is the founder of the Oluwadolarz Room of Comedy. He runs the group with his siblings and mother, and they are very popular on Instagram for their hilarious skits.

Emuze Clinto popularly known as Gentuu is a comedian, actor, MC. He is very popular for sharing his comedy skits on Instagram and has featured a lot of stars in his skits.

Tuoyo Memuduaghan popularly known as Mama of Warri is another beautiful and intelligent skit maker from Warri. Her skits are always very educative. She often focuses on marital issues in marriage.

Abubakar Abdulmutolib Ottan professionally known as “Tolibian is a comedian singer, songwriter born in Kwara State. He was first noticed on live in 2019 and he has been consistent with his craft since his first appearance till date.

Moses Anayor Usulor a.k.a. “Lord Zeus” is a comedian, skit maker, MC, content creator, and actor who is famous for his unique style of comedy in the Igbo language.

Temisan Emmanuel popularly known as Taymesan is a comedian, media presenter, actor, model and MC. He is well known for Tea with Tay, a one minute tea time video where he shares life experiences laced with humour on social media.

What about Young Noble Commentary (YNO) a very young vibrant guy who mimics commentators, real-time commentators, in a very hilarious way. He is so good and has earned lots of followers through his talent.

Adebamiro Adeyanju popularly known as Mr. Hyenana is an online comedian who started his career in 2005 and has remained relevant in the industry doing what he knows how to do best.

Akpobome Oghenelega popularly known as OG Tega is a comedian, actor and content creator. He is popular for featuring alongside Craze Clown in his comedy skit.

Emmanuel Ogonna a.k.a. Craze Clown is a comedian, actor and cinematographer. He is popular for skipping his counterpart Ade in his comedy skit.

Chukwuemeka Amuzie popularly known as “Brain Jotter” is an Instagram comedian, content creator and brand influencer. He came into the limelight after his video started trending online. He has also feature Don Jazzy in his videos.