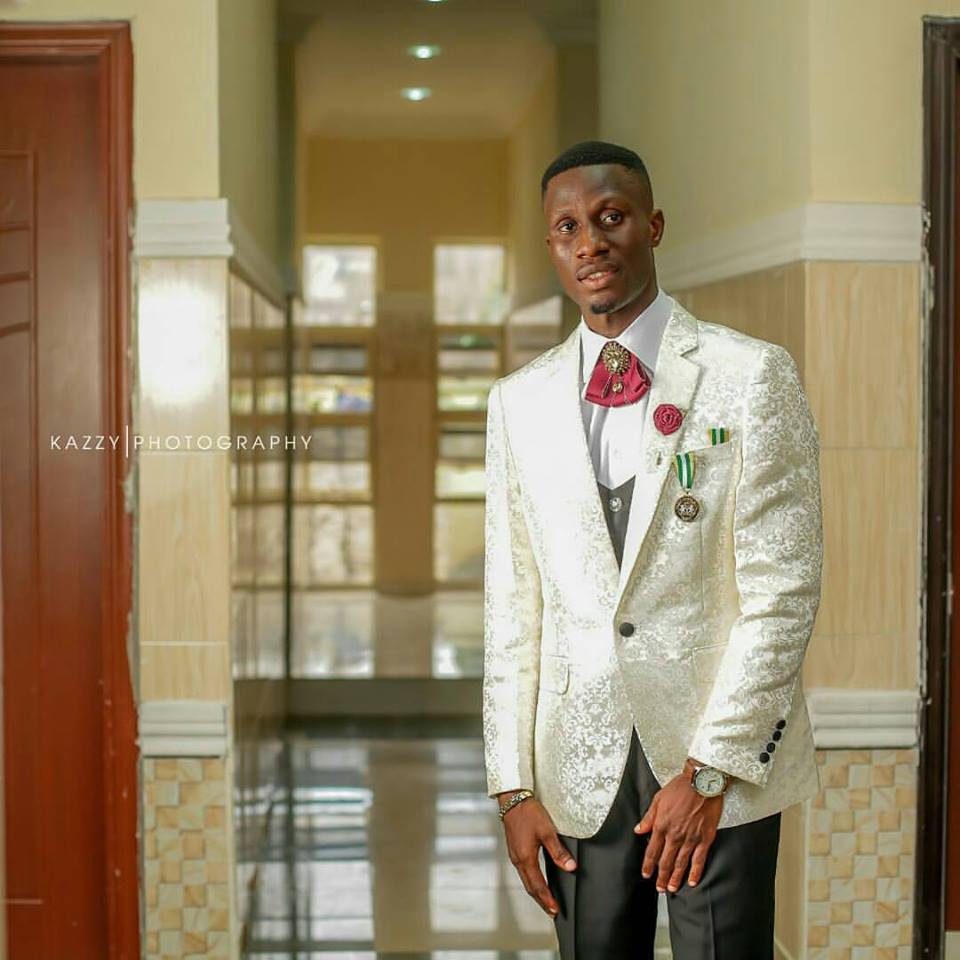 Have you watched Omoba & de Jumbo Beat performs live at Concerts before? Have you seen him deliver his lines and thrill at events? Last year was his year. He played back to back, from January-December, 2017, performing at concerts, crusades and ministrations. That didn’t surprise too many people.  Omoba  is good at what he does. He has even gotten better. He has perfected his art.

With a sonorous voice and dance steps like that of King Sunny Ade, Omoba performs a powerful delivery that leaves you shaken to your roots. When Omoba mounts any stage the whole venue trembles under his feet.

He usually starts slowly by ministering the word and by the time he is fully charged, he goes all out delivering the word of God, lacing it with soul lifting songs that lift you off your seat unto your feet to praise God.

That was why City People nominated him as best Juju Gospel Artiste of the year 2017 the City People Music Awards last year in Lagos.

Sometime in 2017, Omoba performed live on Facebook livestream and dedicate the entire night to the staff and crew of City People. He also got married and welcomed his first child the same year.

A superstar in his native Nigeria in the new century, juju bandleader Omoba was hailed by Empressive Media as one of the most influential Juju Gospel art who made exceptional impact in 2016 and the next King Sunny Ade.

While Omoba, who sings in his native Yoruba tongue, has achieved that level of popularity within the time he started singing professionally, he and his 20-piece Jumbo Beats band shook the whole of Abuja during his Thanksgiving Video/Album release.

In addition, Omoba has helped open the door for other upcoming Juju Gospel artists. He was celebrated by City people as one of the most sought-after artist in 2017.