Home Politics 5 Politicians Who Will Emerge Next OYO Governor
Politics

5 Politicians Who Will Emerge Next OYO Governor 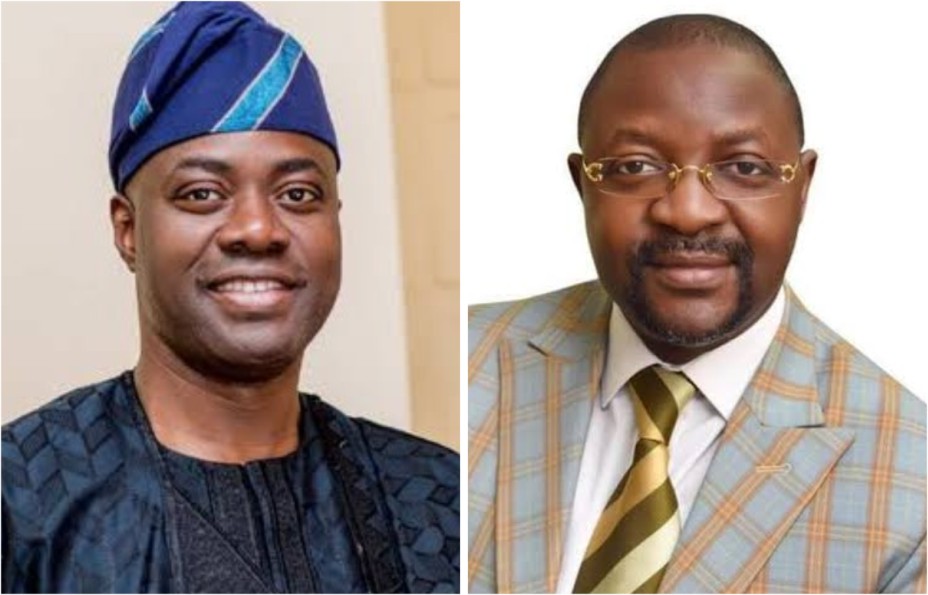 As 2023 general elections draw nearer by the day, only those who are not familiar with the workings of the political system of Oyo State or those who want to be deceived won’t agree to the fact that the race to key positions in the next elections has already commenced. In fact, political parties, as well as those who may run for one position or the other, across the country, have started realigning and positioning themselves ahead of the general elections. While the scheming and permutations are ongoing, however, one of the elections that political pundits believe will be interesting is the number one seat in Oyo State, which Makinde currently occupies. There are six major contenders out of whom many believe the next governor will emerge. In this special report, City People’s Correspondent, DARE ADENIRAN, looks at their profiles, chances and weaknesses of these major contenders, as well as how they may fare in the guber race come 2023 as things stand at present. Enjoy it.

Though the governor of Oyo State, Engr. ‘Seyi Makinde has been consistently saying that the will of God should be done come 2023. But his loyalists insist that his achievements are going to speak and pave way for his second coming as far as the 2023 guber race is concerned. And truth be told, Makinde has some things going for him; he’s well-loved by the masses, especially the civil servants and pensioners (he has set a new record as the first governor to pay workers’ salaries on 25th of every month and clearing of backlogs of pension areas). The youths are also not left out of the beneficiaries of his policies and program (training of Oyo youths in Agribusiness and all). Some are even saying that despite being his first term, ‘Seyi Makinde has already embarked on his legacy projects. They pointed at the re-awarded Ibadan circular road, re-awarded Moniya-Iseyin Road and remodelling of Lekan Salami Stadium, Adamasingba.

Besides, there is the ongoing renovations of Agbowo Shopping Complex as some of the significant projects that have placed Makinde on a high pedestal in the political history of Oyo State. Again, Makinde seems to have studied and understood the game to some certain levels. While the oppositions are busy criticizing him, he is focused on people-oriented projects. The removal of Bisi Ilaka as Chief of Staff and replacement with Segun Ogunwuyi, an Ogbomosho man, no doubt, is also strategic. Apart from Oke-Ogun, Ogbomosho is another zone where bulk votes come from in guber elections. So, picking a man who is a former member of the Oyo Assembly and former Federal honourable from the zone means much a strong candidate emerges from the zone, the votes will definitely be divided. But what may work against governor Makinde apart from the opposition, who will do everything possible to reclaim the seat is, the internal forces within his party, PDP. The aggrieved members, who felt sidelined in the scheme of things have vowed to make sure he wouldn’t come back for a second term. He is being accused of running the affairs of government in the state as his private business.

Senator Teslim Kolawole Folarin is a big wig politician in Oyo State. He is the current APC Senator, representing Oyo Central senatorial district in Nigeria’s Upper Chamber. He is a former Senate Leader under the auspices of PDP and has spent over 10 years at the Federal level as a Senator. According to some political watchers in the state, he is the most favoured guber aspirant who may emerge his party’s candidate come 2023. The notion is that politicians in Oyo State don’t trust technocrats in politics any longer. They believe someone, who is deeply rooted should represent his or her people as technocrats may not understand the political terrain. This vacuum, they believe, Folarin would fill based on his political antecedents and experience. Apart from being a graduate of Molete political school under the late Adedibu, Teslim has created a niche for himself in the politics of Oyo State over the years. This is his third time at the Senate. He has a strong political structure and powerful connections in places that matter in the country. He is also in tune with his constituency through massive empowerment programmes and in terms of good representation. Though his opponents believe he has not done so well in this regard. Teslim is also close to the Ibadan chieftaincy settings being a high chief in the Olubadan line. He is connected with most of the Ibadan elders and influential chiefs in one way or the other. But the major thing that may work against Teslim is the trust issue. Even though he is in APC, stalwart, many still regard him a PDP man. He belongs to Oyo former governor Adebayo Alao-Akala group in APC. A group which other two groups within the party (Senaco and Unity Forum) don’t recognize as progressive.

Adebayo Adelabu was the former CBN’s Deputy Governor and APC guber candidate in the 2019 general elections. In fact, he came second in the election with 300,000 votes. He is said to have got an APC guber ticket in 2019 with the influence of the National Leader of the party, Asiwaju Bola Tinubu. Tinubu was said to have prevailed on the then Governor Abiola Ajimobi to endorse Adelabu against his earlier choice, Joseph Tegbe. Adelabu, it would be recalled, rose to political prominence with his grandfather’s name, Adegoke Adelabu (Penkelemesi). He has been telling whoever cares to listen that he is coming back with force in 2023. Of course, he has all it takes to give the incumbent governor a good political fight. He has an intimidating C.V and war chest. But the belief in some quarters is that his guber ambition may suffer a setback if Asiwaju Bola Tinubu’s plans to run for president doesn’t fly. They believe he doesn’t have a political structure of his own to really to work with except that of the party. Some also see him as being arrogant, which was said to have contributed to his failure in 2019. Coupled with an internal crisis that rocked APC then, he found it tough to fly.

He is the chairman of the Nigerian Communications Commission (NCC). He served as Chief of Staff to the late former governor, Abiola Ajimobi, in the first two years of his administration. He belongs to the Unity Forum in Oyo APC.

Adeolu Akande is a visiting Professor of Political Science and Public Administration at the Igbinedion University, Okada, Edo State and a former Special Assistant to a former Vice President, Atiku Abubakar, He is an indigene of Otu in Itesiwaju Local Government Area of Oke-Ogun. Some people said that if APC truly wants to defeat the incumbent government in 2023, they should pick a strong politician such as Adeolu Akande. They believe his connections cut across, having operated and still operating at the Federal level for a long time. He belongs to the group of Ekiti State Governor, Dr. Kayode Fayemi, A former Lagos Governor, Fasola and a former Ogun governor, Senator Ibikunle Amosun. But the major question is, can his zone, Oke-Ogun produces the next governor?

The journalist-turned-politician Sunday Akin Dare is an Ogbomosho man. He is the Minister of Youths and Sports. He is 55. Sunday Dare is seen by many as a poster boy of Oyo APC at the Federal level. He is one of the core loyalists of the National Leader of APC, Asiwaju Bola Tinubu. Before his current appointment, he was the Convener of the Social Media Clinic (SMC), a Media/Information Technology (New Media) initiative committed to educating private citizens on IT development and also in the use of telecommunication as an information tool and creating awareness on how to responsibly use the platform provided by advancements in Information and Communication Technology (ICT). He combined this role with being the Chief of Staff/Special Adviser on Media to a former Lagos State Governor, Ahmed Bola Tinubu. Though his current position as a minister has exposed him to stakeholders in his home town and Oyo State generally, but people still feel that he needs to put in more effort. They believe his political structure is not strong enough to win him party’s ticket or guber election.

Tegbe, the KPMG top shot, was the late former governor Abiola Ajimobi’s preferred guber candidate in the 2019 election. But the ticket was given to Bayo Adelabu at the last minute. Tegbe is an ‘Omoluabi’ personified. He is a philanthropist. He has all it takes to be governor. He’s a well-read man with international exposure. He also has the money to finance his political ambition. In fact, he’s one man who, if given the ticket, could match the incumbent money for money. He is a technocrat in politics. What has been working against him since day one, however, is the ancestral issue. There is this insinuation that he is not from Ibadan, but an Itsekiri man. Not even being installed by Olubadan as Mogaji could convince some about his origin. Tegbe is now the Mogaji of Oguntegbe’s family, Labo’s compound in Ibadan. Some also say that he doesn’t have a political structure to push his ambition.

5 Politicians Who Will Emerge Next OYO Governor was last modified: September 13th, 2021 by Dare Adeniran