50 IBADAN Big Men Who Have Been Off The Scene 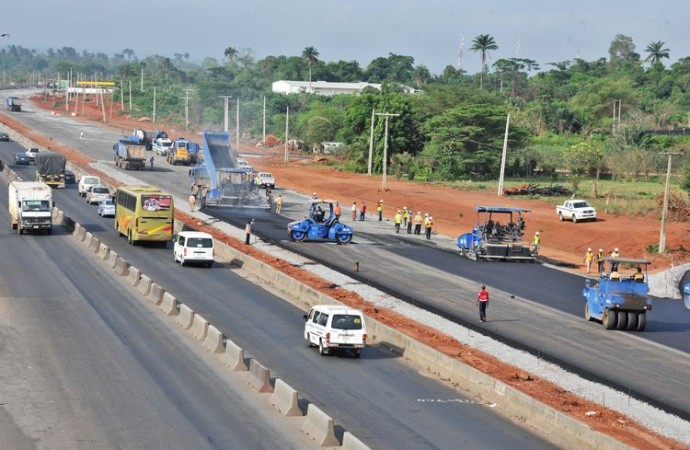 In the last few years, the Ibadan social tempo seems to have somehow changed; the big names in the town’s social circle have slowed down as far as social functions are concerned. While some have given the social scene a space due to old age, some have practically disappeared from the scene. And some new breeds are seen to have somehow taken over. We are talking about the prominent celebrities who rocked the social scene like no man’s business back then. In those days, any party that is worth its salt must have these people in attendance and that was the norm as many people having social functions just had to invite them to their events.

Some of these A-lister celebrities are respected statesmen with an excellent dress sense  while others are reputable businessmen or captains of industry, whose influence or presence will add value to any social event any day any time. The scarcity of these celebrities at major events lately is becoming so obvious that many wonder where are these top celebrities? Many of them now attend few and very important social functions. Back then one can’t but admire the style or feel the presence of the Ibadan based businessman, Chief Ibrahim Inaolaji at parties; himself and his lovely wife, Ronke Inaolaji compliment each other perfectly and their presence at any party will definitely add value to such occasion but Baba Inaolaji is advancing in age and has not been seen at social functions lately.

So also is Chief Lamidi Ajadi, the tyre merchant and Chairman, Zablak Event Centre; he is more relaxed now as far as social function is concerned. Back then, Baba Lamidi Ajadi knew the social circle like the palms of his hands; he is style personified. He now runs his businesses from the background too; he has put his children in charge.

In those days, attendance at Ibadan parties could be predictable, especially the powerful party. It must have the Ibadan elders like Chief Kola Daisi, Chairman, Ibadan Civic Centre; Obafunke Otudeko, Chairman Honeywell Group and the former Director at First Bank Plc; Chairman, Murhi International (MITV and Star F.M), Alhaji Murhi Gbadeyanka and the former governor of Oyo state, Dr. Victor Omololu Olunloyo. But reverse is the case now, they have all given the social scene a wide space; perhaps because of their age or other personal reasons. The senator representing Oyo South in the Upper Chamber, Senator Adesoji Akanbi, due to personal reasons, has also shunned the social scene long before he won his election into the senate.

Back then, Soji and Folake Akanbi were the hottest and most celebrated couple at parties but that has changed; he is now more concentrated on his political career, giving the people of his constituency a good representation at the senate. The same with Alhaji Akinade Fijabi whose son is a serving honourable in the Federal House of Representatives; he, now focused more on his business and attends very important parties once in a while, Alhaji Musa Alubankudi on his own has practically gone off radar as far as social scene is concerned. What of Chief Bili Adenle?  Back then, he was always in the league of Ibadan top celebs at parties but the name has since gone down.

Though he still attends very important social functions but not as mush as before when Otunba Adebayo Alao Akala was hot, as socialite per excellence. Especially when he was governor of Oyo state, many people love to have him at their party because of his warm, kind and lively disposition to all. How about Alhaji Lateef Oyelade, an Oil & Gas magnate? He was always in company of his closest friend General Raji Rasaki and some of Ibadan’s league of elders at social functions back then. But he has since slow down too.

Since he became the Aare Musulumi of Yorubaland, Alhaji Dauda Akinola (D-Damak) has serious cut down his social outings, as spiritual leader and role model. Same thing goes for Alhaji Gani Ida because before now, whenever D-Damak and co are mentioned at any social gathering, you must hear Gani Ida’s name too. How about Senator Hosea Ayoola Agboola? People always want him to grace their parties as a grass root man  with powerful social connection, but he is somehow scarce at parties nowadays too.

Alhaji Ganiyu Shonubi, Chairman Gaso Furniture and Casalucio Event Centre is a handsome and stylish man any day; he is always invited for the A-list parties in town but he seems to have been more focused on his businesses lately and that explains why he doesn’t attend many parties in Ibadan anymore recent time. So also Are Senator Sarumi, another businessman; Alhaji Azeem Gbolarunmi, the former Deputy Governor of Oyo state (now a barrister) and popular socialite Mr. Remi Morgan; they have all taken a back seat.

For a very long time now, Prince Bayo Adeleke, Chairman Banik Digital World has been off the social scene and this some say is due to his venturing into politics.

Otunba Deji Oshinbogun, Giwa Bobagbimo of Ijebuland seems to have shunned the social scene to face his broadcast business squarely lately; he is the Chairman, Space F.M.

Where are Chief Boye Oni and Otunba Jide Agbeja? These are two names that were very hot back then; they were almost like siamese twins, whenever you hear Boye Oni at parties, Jide Agbeja must be somewhere close by. But they have both given the social scene some space, especially Jide Agbaja; he is no more seen at parties nowadays.

Even those that are not from Ibadan know what Engr. Femi Babalola, Chairman Jogor Event Centre represents in Ibadan social circle; he is one of the happening men around apart from being a successful businessman in town. He has also reduced his party attendance lately.

Again, if you are familiar with Ibadan social establishment very well, the name Alhaji Tunde Oloburo will not be strange to you; he is one of the hot men rocking the social scene back then. But the property expert has seriously slowed down with social functions lately.

Talking of rich men with class in Ibadan and a man who controls enormous respect in the social circle then it must be Folusho Adeagbo (F.O) but for a long time now nothing much has been heard of him in the town’s social circle.

So also is the brilliant architect, Tunji Bolu. He is more of Lagos and Abuja now.

Where is Otunba Remi Olorunsogo? One of Ibadan’s top celebrities who has been off the social scene long time ago is the Chairman, Resego Natural Resources Limited, Remi Olorunsogo. He is very handsome with a unique style that always stands him out at parties. His lovely wife was Commissioner for Trade and Commerce under former Governor, Chief Rashidi Adewolu Ladoja. While we can’t also forget Otunba Reuben Famuyibo’s explicit party style back in the days, He is one of the super big men with class, especially with his walking stick in those days. Famuyibo sure knows how to carry himself with so much dignity and that is still working for him up till today but  he has cut down his social appearances.

Another prominent personality whose name has gone off the social scene in Ibadan is Chief Isaac Jolapamo, the MOLAP Shipping Chairman. He is an Ibadan man to the core and a very close friend of the former governor, Chief Rashidi Ladoja. Any big party that is  worth its salt back then must have Chief Jolapamo in attendance, especially when his friend was governor but that is not to be again. How about elder Wole Oyelese, a PDP stalwart in Oyo state; he is not feasible as he used to be at social functions. Same with Otunba Jide Agbeja, the younger brother of Osun State former Deputy Governor, Erelu Olusola Obada. He has gone off the social scene long time ago. Not forgetting Chief Dele Ige, Chairman, Transnab Limited and younger brother of the late Chief Ajibola Ige. He is no more feasible at parties like he used to be. Back in the days, there are some names one should expect to hear at big parties naturally. When the party is thick then the of  likes Jide Fabiyi, the Crown Rental boss; Tope Agunloye; Mayowa Desalu; Tokunbo Agunloye Ekio Meriki must be there. They rocked the social scene alongside the Agunloye brother like it was no man’s business but they have all disappeared from the social scene in the past years. And not much has been heard about them lately, probably due to their busy business schedule or the decision was deliberately taken by them.

Chief Rotimi Olagunju, popularly known as ‘Ikoko Obe’ on the social scene, has also given social scene a wide space. Same with Bankole Ige, he is no more feasible at parties lately as well.

Muyiwa Laniyan was also very popular on the social scene back then but in the past years, he has not been seen at parties like before. He had a powerful social clique back then and his office at Awolowo junction area of Bodija was always lively with assemblage of big boys. He is a property expert but many don’t know what Muyiwa Laniyan is up to lately, especially within Ibadan social circle.

The journalist turned politician Kehinde Olaosebikan is popular not only on the social scene but also in business and politics; he was the Press Secretary to late former governor of Oyo State, Alhaji Onaolapo Lamidi Adesina and has served as Ona-Ara Local Government Caretaker Chairman. Not only that, the popular lounge (Lyrix) he was running can’t be forgotten. But Kenny has now cut down on social activiities and more focused on  politics.

Tunde Oginni is as popular as his business name ‘Flogin’ in Ibadan. He is one of the men blessed with excellent body frame and fine face to compliment it; he is very handsome. Even as he is advancing in age, the cute face has not diminished and he is still with a lot of swags. But his social life has really changed, not what it was when Tunde Oginni was a party rocker. He is now a traditional ruler in his small community, Odogbo-Ijesha in the state of Osun.

Alhaji Akinsola Tokyo, the embattled former NURTW Chairman in Oyo state sure knows how to rock parties, especially when he was at the helm of affairs of the transport union in the state; he used to move in about 10 cars convoy. He was toast of many parties and musicians back then due to his deep pocket until he was unceremoniously removed from office.

50 IBADAN Big Men Who Have Been Off The Scene was last modified: August 14th, 2017 by Dare Adeniran