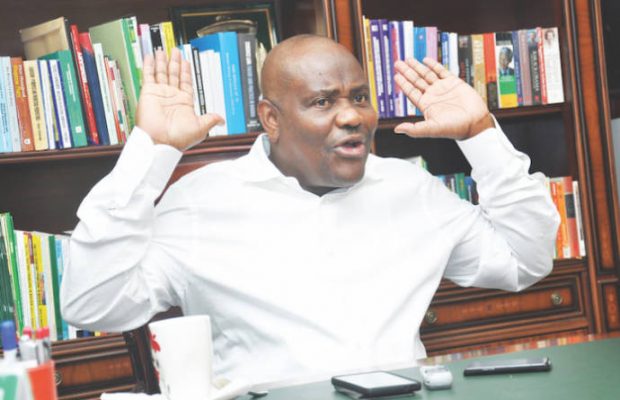 Rivers State Governor, Nyesom Ezenwo Wike has revealed that the Police High Command dismissed the six policemen  attached to him because they refused to allow the security agencies execute their plot of assassinating him.Speaking when he received the Aluu Council of Chiefs at the Government House, Port Harcourt on Tuesday, Governor Wike said there was a detailed plan by the security agencies to assassinate him, but his security details resisted the execution of the evil plot.

“The policemen were dismissed because they did not allow the security agencies to assassinate me as was planned.

“The security agencies planned to assassinate me,  but those attached to me resisted the plot and refused to allow them to kill me. That is why they are angry  and desperate “.

The governor said that he will continue to defend the interest of the state, noting that he will never  plead with the  offending security agencies to  stop their illegal activities.

“The security agencies by their actions on December 10, 2016, Re-run elections alerted us on how they plan to rig the 2019 elections. We are now prepared for them”, Governor Wike said.

He commended the Aluu Community for cooperating with the State Government to tackle cultism in the area. He said the peaceful nature of the area has led to the improved execution of  projects for the people.

The governor  said that his administration will continue to develop different  communities in line with the  pledge to the people.

He said it is unfortunate  that the immediate past APC administration in the State failed to develop communities adjoining Port Harcourt, despite the funds available to it.

They also commended him for renaming the Former Port Harcourt Polytechnic as Elechi Amadi Polytechnic. The Aluu leaders further thanked the governor for constructing the major road  to  the  area