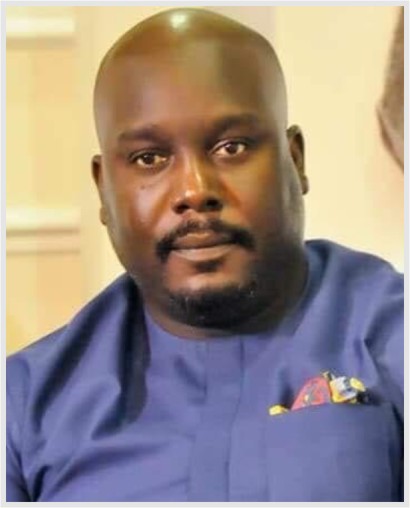 This man of God Dr. Ombo Frederick Isokrari, a bishop of Overcomers Ministries of Believers Fellowship, Port Harcourt, was noted for his turn-complete change when he climbed the pulpit and became a ‘Born Again Christian’ after having recorded a successful career as a United States of America (USA)- trained Geologist and Petroleum Engineer. He was a flamboyant Managing Director of National Agricultural Fertilizer Company of Nigeria-NAFCON-Onne in Port Harcourt where he flew in helicopters, supervising the affairs of NAFCON,. Many years after he left NAFCON he became a BoT Board of Trustees, member of Peoples Democratic Party (PDP). He earned Bachelor of Science BSc, Master’s of Science MSc, and Doctorate degree PhD in Geology and Petroleum Engineering from University of Wisconsin, University Illinois, University of Oklahoma, and University of Texas, all in USA, where he worked before returning to Nigeria. He founded SUNRAY Group of Newspapers based in Port Harcourt, Nigeria’s first Colour Newspaper with International circulation spread across West Africa with Correspondents in major cities of the World. He died in 2020 at the age of 76 having been born on March 7, 1944 in Buguma Asari Toru Local Government Area of Rivers State. He got married in 1975 to Mrs. Akidiba Goodhead. They gave birth to 3 boys and a girl. He was buried according Christian rites.

Handsome, tall Medical Doctor and General Overseer of Adonai Assembly, Oroazi, Mile 4 Port Harcourt, was a great man of God. He got married to his heartthrob, an indigene of Edo State and was doing very well in his newly found passion of raising giants for God’s kingdom until he was involved in an Auto crash along Port Harcourt, Aba Expressway while on his way back to Port Harcourt after holding a religious crusade. The Idomi ancient kingdom Yakurr Local Government Area Cross River State-born Medical doctor turned senior pastor of Adonai Assembly, Likumi Okoi before his untimely death was known for his love for beautiful cars and running on top speed gave him great pleasure. Today his no. 46 Oroazi Road Adonai Assembly is still waxing stronger many years after his demise, courtesy of his wife, Pastor Blossom Okoi who is leading the flock aright based on her late husband’s vision of raising great giants for Christ as her recent statement indicated “The reality of life is that we always want to get more than we are willing to give. But maturity spurs us to place the priority of others above ours”. This remains her catch-up phrase since her husband Dr. Likumi Okoi died in a motor accident.

This is one of the foremost tele-evangelists of the 1970s Apostle Godfrey D. Numbere founded Greater Evangelism World Crusade on 9th of September, 1972 with Port Harcourt serving as its headquarters before an ultra-modern Cathedral was built by late Apostle Godfrey D. Numbere with a sole mission of “To know Jesus and to make JESUS known to the whole world” He carried out this mission and vision, having taken Greater Evangelism World Crusade to every nook and cranny of the globe. The vibrant tele-evangelist preacher suddenly had his earthly life cut short by Prostate cancer. After a surgery abroad he was pronounced dead in Lagos, while waiting for another round of medical trips abroad. Now, his 71 years old wife, Pastor (Dr) Mrs. Nonye E. G.D Numbere, is the President of Greater evangelism Women Fellowship International as her late husband before his death appointed her a successor as head of Greater Evangelism World Crusade, currently operating from Airport road via Igwuruta, Port Harcourt Rivers State.

On Friday,3rd of August, 2018, Prophet ThankGod Abam, a Cross River State-born man of God who started his Intercessory Prayer Ministry International in Port Harcourt before he relocated it to Abuja was shot dead 2 days to the dedication of his son in Port Harcourt. The youthful handsome looking Prophet was known for his Seer and prophetic utterances that made people called him the Commander Onowu 1(SPOKESMAN). In Port Harcourt, he built a country home at Rukpokwu axis of the town. He had different brands of exotic cars at his disposal. It was reported that about 8 pm on the fateful day was alerted by his gateman that there were some people suspected to be local Vigilante group who came to make enquiries about him. Usually, whenever he visited, he used to be kind to the local vigilance group, but on that night, it wasn’t the same story as he was alleged to have grabbed his security man’s gun and went after the bandits who it was said had already robbed some homes in his neighbourhood and when he accosted one of the bandits and asked where is your leader? And he was asked to follow them to see their leader, immediately they sighted him with an assault raffle, he was ordered to drop his gun but he couldn’t respond quickly enough thus, he was shot at a close range and he died on the spot. One of his church members lamented, saying “Oh Jesus, this is just too much ooo…What a wicked world…Your child dedication is on Sunday 5th of august and now you are no more…They couldn’t even let you dedicate your innocent little son…What did you do to them that they couldn’t just forgive and give you a second chance…who will speak for the young generation Ministers…Who will fight for us…I can’t forget your simple lifestyle… I can’t forget the last time I saw you at Dr. Pascal Good mother’s burial. How you were tickling me with your jokes and everyone there that day. chaiii… Why, why, why, why death…what a black Friday…A mighty man has fallen…tears… My heart is broken, Jesus…RIP pap general de Commanding Commander Prophet ThankGod Abam Ubi…till we meet again to depart no more.”

This Multi-billionaire-born son of Professor of Political Science, Professor Kimse Koko of the University of Port Harcourt was among the most trusted Pastors of salvation Ministries, Port Harcourt. He was the Chairman and Chief Executive Officer, CEO of KDI Group of Companies that has been into Oil and Gas business in Nigeria. He also had subsidiaries that have been into agriculture and other higher income-generating businesses. He died in April, 2020 while undergoing Liposuction surgery at a Lagos hospital during the Coronavirus Pandemic Lockdown with restrictions on International Flights he couldn’t travel abroad for the Liposuction surgery and he died owing to electricity power failure. He had aspired to be governor of Bayelsa state under the auspices of Peoples Democratic Party PDP in 2019, but came 3rd in the party’s governorship primary election, which produced the incumbent Senator Diri Duoye.

Ebullient and charismatic Apostle Abraham Abdulsalam was born 51 years ago as he celebrated his last birthday on 23rd November, 2019. The Ahmadu Bello University Zaria graduate of Zoology/Animal Biology, while alive was the Founder of Enthronement Ministries International  a.k.a Trinity Bible Church based in Kaduna with a branch at Agip Road Mile 4 Port Harcourt, Rivers state. He got married to a pretty born Yoruba youthful looking lady Folasade who born a baby girl called Asarelah. Apostle Abraham Abdulsalam in 2017 during an expose on Nigerian leadership said   ”There is still a slim hope for Nigerian leadership, even though the trust in the leadership by the populace seems to be dwindling in recent time. The lack of proper development and reduction in poverty level and also uncertainty on government policies affecting the citizenry over time. The government must communicate with the people directly on her plans and its level of progress. The government must also show a holistic approach for national development not just interested in one particular geo-political zone development.”  So many times, his crusade at Port Harcourt attracted many Christians and non-Christians owing to his name which many attributed and associated with the Muslim faith. He died on the Eve of New Year of 2020 after organising Yuletide service in what many have described as Cardiac arrest.

Serious Commotion as 20 Farmers are Shot...