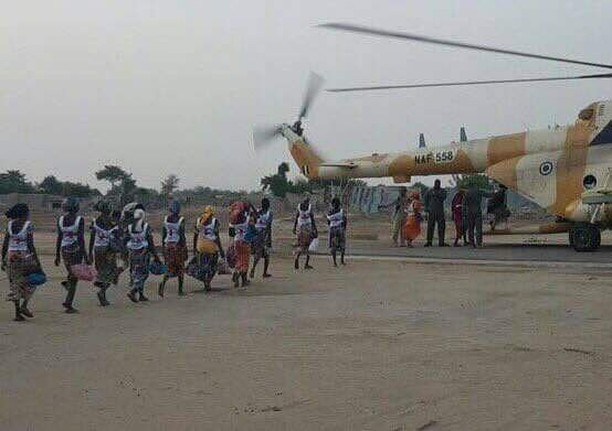 The 82 rescued Chibok schoolgirls have arrived Abuja to meet with President Muhammadu Buhari in the Presidential Villa, the News Agency of Nigeria reports.

Femi Adesina, Special Adviser to the President on Media and Publicity, who confirmed this development on his twitter handle, said the Chief of Staff to the President, Abba Kyari, received the girls at the Nnamdi Azikiwe International Airport, Abuja.

The girls, who regained their freedom on Saturday from Boko Haram captivity, would be meeting President Buhari at about 4.00 p.m. today.

The 82 girls were released to international negotiators who have been working in collaboration with the federal government for their safe return since they were kidnapped in April 2014.

Garba Shehu, a presidential spokesman on Saturday in a statement issued in Abuja also confirmed that the girls were release by their captors in exchange for some Boko Haram suspects held by the Federal Government.