Why OYO APC Members Are Angry With TESLIM FOLARIN 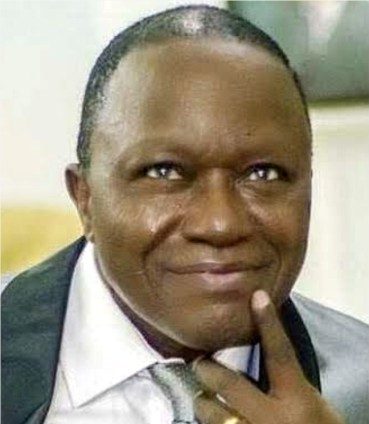 The incessant crisis rocking the Oyo State chapter of the All Progressives Congress (APC) is getting more interesting by the day. As members are divided along with different groups and caucuses. The party’s leadership is in a dilemma over control of the party (we have the LAMISTS, SENACO, Unity Forum, a fraction of ADC and core Progressives).

Efforts of the national leadership of the party in resolving the internal crises seem to have proved abortive too. Even the Isaac Omodewu-led exco of the party as Chairman has been finding it difficult gaining the trust of other party members. The circumstances surrounding their emergence have been severally questioned by the members who felt cheated.

Despite that Isaac Omodewu has been issued a certificate of return as Chairman of the party by the national leadership, the congress that produced his led exco and that of the parallel one have remained an unresolved issue within the party.

One man that is at the centre of all these, however, is the current senator representing Oyo Central Senatorial District, Senator Teslim Kolawole Folarin. His name keeps reoccurring whenever Oyo APC is mentioned.

He is believed to be firmly in control of APC in Oyo State, and the Chairman of the party, Isaac Omodewu, the former Commissioner for Lands and Housing under late Ex-Governor Abiola Ajimobi, is said to be his loyalist. The feat some party leaders claimed he achieved with his influence at the national level of the party through the backdoor.

The former Senate Leader is being accused of hijacking the party structure for his personal gains, especially his governorship ambition. That is why other groups and some stakeholders within the party have been worried. The argument has been, why should Folarin’s group, believed to be a minority, be placed above all other groups?

And that also explains why the likes of the gubernatorial candidate of the party in 2019, Bayo Adelabu; Prof. Adeolu Akande; Senator Soji Akanbi; former ALGON Chairman in the state, Hon. Abass Aleshinloye; the immediate past Chairman of the party, Chief Akin Oke and co have never been on the same page with Senator Teslim Folarin, who is being tagged as ‘Jagba Politician’. A chieftain of the party and guber aspirant, Chief Niyi Akintola, at a press briefing recently, was quoted to have said that he doesn’t belong to the group of party hijackers.

“Only seasoned professional politicians do appreciate this and that’s why I said this in an interview I had recently that “tobajagba wa jegba”, meaning if you snatch you will be flogged with cane and history is bound with that.” The case wasn’t different with another chieftain of the party, Joseph Tegbe, who recently dumped the party for PDP. Tegbe, while speaking on why he defected from APC, said he left the party because of the internal crisis and the attitude of the national leadership of the party towards the issue at hand. In his words: “We watched a minority hijacking the party structure and backed by some powers at the top. “We saw congress results, democratically agreed at Ward and Local Government levels being altered to favour this minority group. “Efforts to make the national leadership of the party see reasons have yielded no fruits. A house divided against itself cannot stand.”

As much as other stakeholders in Oyo APC detest Folarin’s political style, however, his followers are to tell whoever cares to listen about his political sagacity. To them, Folarin is the most underrated but one of the brilliant politicians in Oyo politics. They believe his political prowess is being misunderstood most time.

But for those who are familiar with Oyo politics and Folarin’s political antecedents, the gimmick of getting things in his favour don’t just start today. Folarin, probably, is one of the most cerebral, polished, but highly unpredictable politicians in Oyo State.

In the buildup to the 2015 election, Teslim, who was said to have no political structure won the PDP guber ticket. Some aspirants boycotted the 2014 primaries of PDP, describing it as ‘illegal’. Having seen the handwriting on the wall back then, major contenders in the race like the former governor Adebayo Alao-Akala and the current governor of the state, Engr. ‘Seyi Makinde didn’t attend the congress. Seyi Makinde later dumped the party and contested under the auspices of the Social Democratic Party (SDP) and Akala did the same at Labour Party.

Teslim, however, came fourth in the main election, which was won by the late immediate past governor of the state, Abiola Ajimobi of APC for a second term.

Both Alao-Akala and Teslim were to later joined APC in 2017, where the latter contested and won the Oyo Central Senatorial seat once more. He had previously represented the zone for two-term (2003-2007 and 2007-2011).

Teslim and Akala joined their ‘brother’, Abiola Ajimobi in APC and the trio were calling the shots as far as the party was concerned until Ajimobi died and Akala also died two years after. So, with the exit of both Akala and Ajimobi, Teslim has held on to the control of the party and he seems not ready to let go. But as it is now, if Oyo APC is truly serious about its resolution of sending the ruling party packing come 2023, it must come up with a reconciliatory mechanism to bring all the aggrieved parties together.

All stakeholders in the party, irrespective of their grouse or differences, must come together and prepare for the big battle ahead.

Why OYO APC Members Are Angry With TESLIM FOLARIN was last modified: May 4th, 2022 by Dare Adeniran

Why I Am Contesting For Presidency – Prof. CHRISTOPHER IMUMOLEN