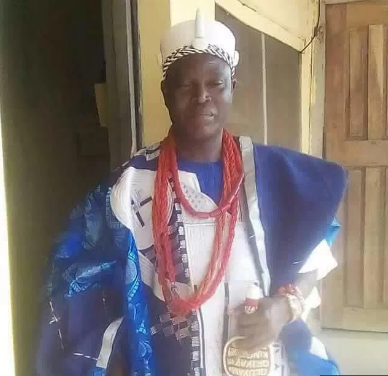 The Oniyani of Iyani Akoko, Oba Joel Daodu, who was kidnapped on the 16th of April by gunmen along Owo/Ikare- Akoko highway in Ondo State, has been released.
The Oba was found walking by the roadside in Ayede-Ogbese, along Akure-Owo highway from where he was then taken to the police station. This was confirmed to Channels Television by both the Chief Press Secretary to the Ondo State Governor, Segun Ajiboye, and the spokesman for the Ondo State Police Command, Mr. Femi Joseph.

Following Oba Daodu’s abduction, his captors demanded a sum of five million Naira for his release, but after negotiation, it was reduced to three million Naira. Mr. Joseph stated that the Oba did not inform the police of any payment being made to secure his release.

He added that investigation is ongoing to bring the kidnappers to justice.