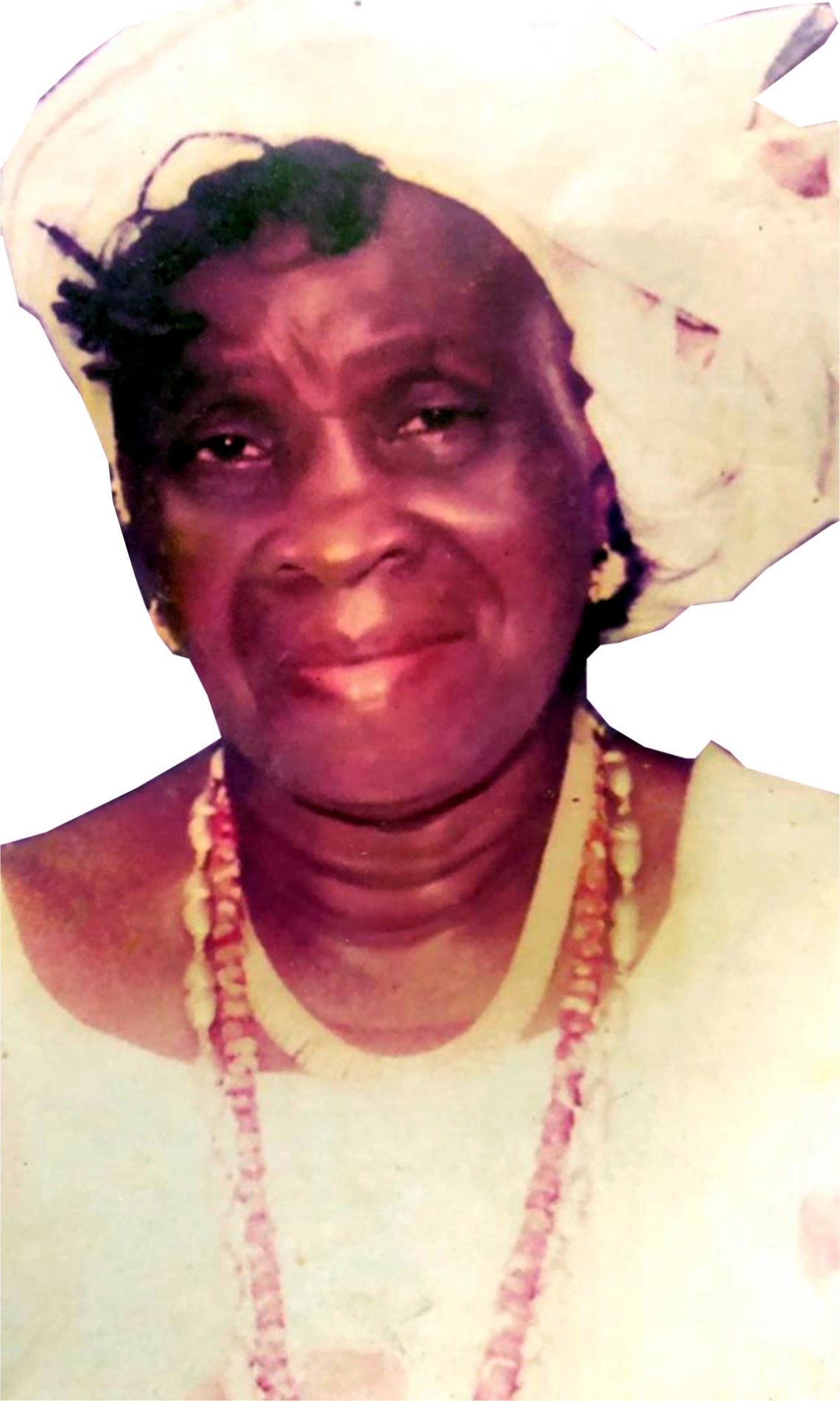 •Celebrates Her Life As A Teacher

+Her Marriage To One Of The OYEWOLE Brothers

A few days back, the popular Oyewole family of Abeokuta celebrated the 90th birthday of their matriarch, Chief Mrs Esther Oluyinka Oyewole. The Oyewole family is one of the prominent families in Abeokuta who have contributed immensely to the growth of Education in Ogun State. In those good old days, the Oyewole twins, (Femi and Dotun Oyewole), were famous writers and teachers in the State. This explains why one of the model schools in Abeokuta was named after the Oyewole twins. Mrs Yinka Oyewole, who was married to Femi Oyewole, is also one of the eldest Proprietresses in Ogun State.

Her birthday celebration started with a Thanksgiving service at St. John’s Anglican Church, Abeokuta. Immediately after the service, a reception was held for her at their Onikolobo family residence. The event was graced by former Lagos Senator, Ganiu Olanrewaju Solomon, a former OPIC MD, Mrs Ibiyemi Adesoye, to mention two.

On April 14th, 1955, Yinka got married to her husband, Chief (Dr) ‘Femi Oyewole of blessed memory. The marriage was blessed with six (6) beautiful children, five boys and one girl; Oyebode, Tejuola, Oluwatoyin, Oluyemi, Ayorinde and Ibukunoluwa with all of them married and blessed with children. One of them being a mother of twins. She is also blessed with one great-granddaughter. He was a loving, caring and exceptional husband, partner, helpmate, a gentleman and above all, a fantastic father. The marriage was a blessed one and they lived together happily for more than 51 years before he died on 7th November 2006.

She was born on February 28th, 1930, at Agbado (Railway Station) to the family of the late Pa Joseph Aderionye Kembi and Madam Folahan Kembi. Her father was a Produce buyer, while her mother was a trader. They both migrated from Oba town, where her grandfather was one of the early settlers, to Agbado after their wedding. Her mother was both Egba and Egbado as her grandmother was Egbado-Orile Ishaga. Yinka was born into a polygamous family and although the family was a very large one, it was a close-knit family blessed with many children both boy and girls.

The marriage was blessed with four girls with the eldest child being Mrs Ebun Phillip of blessed memory, while she was the second born. Mrs Ayoka Sonubi of blessed memory was the third and Mrs Dupe Adeite was the last born. From the time her parents settled at Agbado (Railway Station), she started schooling at St. Paul’s African Church, Agbado in 1935. At that time, the top class in the school was primary IV and after reaching the top class, she moved to Abeokuta in 1942 to complete her primary education. She later attended Methodist Girls’ School, Imo (now Methodist Girls’ School, Oke eke) Abeokuta, where the Late Mr. & Mrs Akinyemi of blessed memory, were the principal and Vice-Principal respectively. They were a loving couple worthy of emulation and they also served as mentors to Yinka.

In 1945, Yinka left Abeokuta for Kudeti Girls School, Ibadan which is now known as St. Anne’s School, Molete. There she had the opportunity of being trained by missionary ladies. They were strict disciplinarians! The overall Head then was Miss E.M. Brown, who was later moved to Akure/Owo where a Teacher Training College is permanently situated till date day, Known as St. Mary’s College Owo. Yinka’s set was the pioneer set of the college in 1947 with only one Nigerian female teacher, Miss Ohiorhenua, who later got married to become Mrs Imana now of blessed memory. Life at the college was very rough and challenging. It wasn’t easy to be a foundation member! Strict rules and regulations were in full force then, some of such rules were, No male visitors, No letters from any male friend, either young or old,

At the end of it all, there was cause to give glory to God. Yinka was posted to C.M.S. Girls’ School Benin City in 1949. She spent about two years there and in 1951, her former principal, Miss E. M. Brown, offered her a job to work as a teacher of teachers at St. Mary College, Owo, where she was to be in charge of Physical Education and Yoruba.  After spending another two years in Owo, she found her way to Lagos in 1952 as a classroom teacher at Holy Trinity, Ebute-Ero and St. Judes Ebute-Metta. From there, she headed back home to Abeokuta in 1955 to get married to a man who would later turn out to be the love of her life. After marriage, Yinka in 1956, was a teacher at the then Abeokuta Girls School, Iberekodo, Abeokuta till she travelled abroad in 1958. She had the opportunity of furthering her education in different institutions both in England and in the U.S.A. where she specialised in Home Economics.  On her return from England and the USA respectively, she taught Home Economics for several years at Lagos Anglican Girls School, Surulere, as well as at Protestant Teachers’ Training College, Idi-Araba, Lagos. It was from P.T.T.C., Idi-Araba that Yinka eventually voluntarily retired honourably from active Government service in September 1977.                   After retirement, she decided to concentrate on the running of her educational establishment, Adewunmi Memorial Nursery and Primary School, which had been founded on January 10th, 1972 and which was being run initially by employed staff. The location of the School was originally at Papa Ajao, Mushin, in Lagos State and it later moved to Abeokuta when her husband relocated to found Abeokuta Continuing Education Center (ABEOCEC) with his twin brother, Chief (Dr.) ‘Dotun Oyewole. Adewunmi Memorial Nursery/Primary School was reopened in 1980 at Onikolobo, Abeokuta.

She also established Aunty ‘Yinka Girls Hostel at Onikolobo as residential quarters to cater for the female pupils of ABEOCEC. This facility sometimes accommodates up to eighty (80) girls. Shortly after getting married, Yinka found herself worshipping at St. John’s Anglican Church, Igbein, Abeokuta, where she discovered that most women who were married formed a society then called “Ore Ofe” society, as there was no other choice for married women. This bothered her because the society comprised a wide variety of women who were daughters, mothers and grandmothers. You would have to interact with one’s mother or grandmother’s age mates.  As a result of this, she later founded Ladies Progressive League (LPL) Society in April, 1956, with her co-founder, Mrs Patience Oduntan, of blessed memory. Like Peter and John the disciples, they cast their net into the sea and caught ten “fish”, altogether bringing the total membership of this young society to twelve.  The society will be 64 years old in June, this year (2020). May his Holy name be praised. Alongside being a member and co-founder of this society, she was also a member of the “Guild Stewards” otherwise known as Side-Men and Side-ladies. Till this day, members of LPL continue to serve as Sides-Ladies at St. John’s Anglican Church, Igbein. During her membership at St. Church, Igbein where her husband was Baba Ijo from 1993 till his transition to glory in 2006, she was honoured by the Igbein Christian making her the Iyalode of Igbein Christian Chief in 1987 and later, Lika of Egba Christians in 1992. She was also made the Iya-Ijo of Christ Anglican Church, Oba-Eerin (her paternal grandmother’s church) in 2002 and honoured in 2004 by St. Paul’s African Church, Alagbado, Lagos State, as the Grand Patroness of St. Paul’s African Church, Agbado railway.  Chief (Mrs) ‘Yinka Oyewole has been fully retired and resident in Abeokuta, Ogun State after successfully running Adewunmi Memorial Nursery /Primary School for over thirty-five (35) years. The School is now closed, but the premises continues to be used for educational purposes.