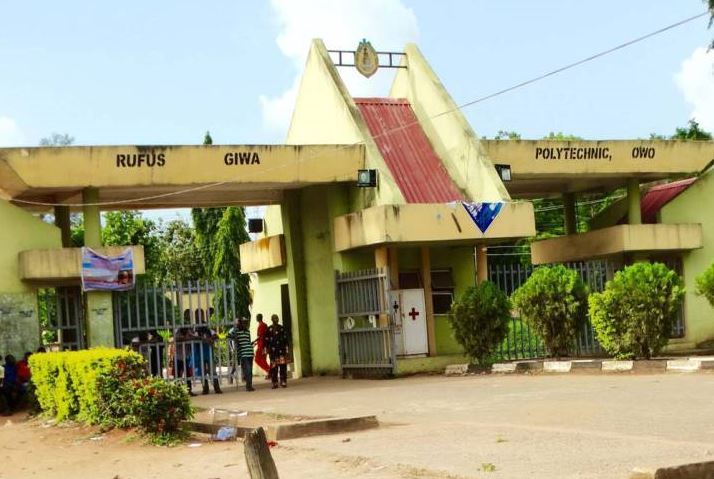 The management of the Ondo state-owned Rufus Giwa Polytechnic, Owo, has announced the shut down of institution indefinitely.

The sealing of the institution was announced in a statement on Tuesday issued by Sule Atiku, acting registrar of the school.

Atiku said the closure was to forestall a breakdown of law and order in the institution.

The statement reads, “On behalf of the Governing Council/Management, i have the mandate to announce to the general public that the Rufus Giwa Polytechnic Owo is hereby closed down until further notice.

“In view of this development, I wish to intimate that all the students of the institution are hereby advised to vacate the institution not less later than 3 pm today, Tuesday 18th June 2019.

“This closure has become imperative in order for the council/management to forestall the break down of law and order.”

A lecturer in the institution who did not want to be named told Journalists that the school was closed due to disagreement over the issue of promotion and entitlement for academic staff of the institution.

He said, “Yes, we the lecturers have been at loggerheads with the management of the school for some times over issues of our promotions and some entitlement which had been reached for a long time.

“There are many of us who are due for promotions, and there are some funds including our salary arrears that have not been paid among so many other unresolved conflicts.

“In fact, the management was not ready to listen to us and has been dragging all our issues to the state government in a blame game.

“Some of these issues were reached with the management but they have failed to execute the agreement and had been playing on our intelligence.

“Sensing that we might cause some trouble, the management decided to shut down the school this morning,” he concluded.