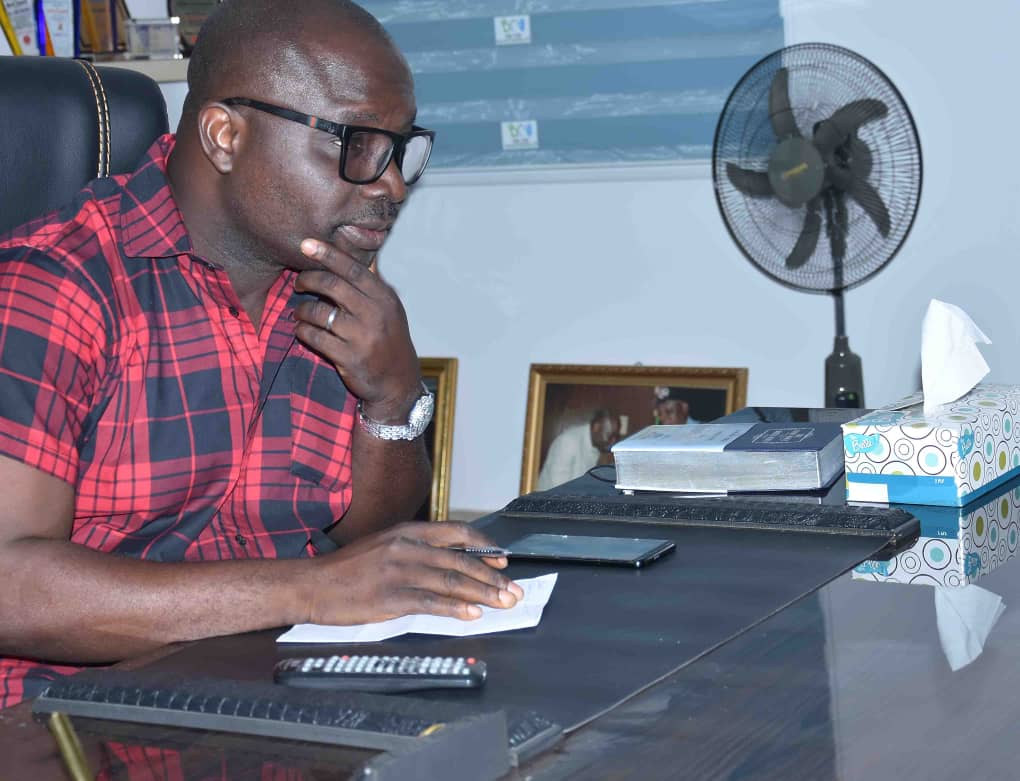 Tuesday 22nd January, 2019, will remain a memorable day in the life of popular broadcaster and former President of the Freelance and Independent Broadcasters Association of Nigeria (FIBAN), Yemi Sonde. The added another year to his age and also launched a mega multimillion media house to commemorate his birthday celebration.

The 2 in 1 event was graced by the creme-de-la-creme in broadcasting, business, politics, music, entertainment and movie industry. It was kicked started with spirit filled praise and worship led by the highly celebrated Gospel singer, Evangelist Tope Alabi, as she did what she knows best how to do best. After wards Seap Micro Finance Bank CEO Reverend Olatunde Oladosu took the guests through a prayer session. There was also cutting of the birthday cake, decorated in form of a studio mixer, where VIP guests joined the celebrator and his lovely wife, Mrs. Omolade Sonde and their family members in the group pictures. Special guest of honour of the day and the APC guber candidate in Oyo State, Chief Bayo Adelabu cut the tape and officially commissioned the edifice.

There was a reception and entertainment of guests immediately after the official cutting of the tape and tour round the building, where everybody was treated specially with different delicacies and choice drinks.

Earlier in his short remarks, Bayo Adelabu described Yemi Sonde as a hardworking man who has paid his dues in his chosen field and ruly deserves to have the best.

“I have known Yemi for almost 24 years. In fact, when I got married he was the M.C. I am happy to have known him long and the relationship has been to mutual benefits to both sides. I can say categorically that my star is compatible with Yemi’s own. He is a determined man who always keeps his eyes on the prize without minding distractions. His brilliance, exposure, versatility and hardwork are what is speaking for him today. I pray to God that has been with Yemi to continue to be with him till he gets to the highest level,” Adelabu stated.

Yemi Sonde Media house, strategically located at Felele Express Bus Stop area of Ibadan, is a complete media hub. The tastefully finished Lemon building is a two storey building and will serve as Headquarters of YSE Ltd. In it are 3 studios; a modern Broadcasting studio and two recording studios; waiting room where guests will relax and prepare before entering the studio; two conference rooms (Bayo Adelabu Conference Room) and the other one; a spacious office for the GMD at topmost floor of the building and other offices.