Home International An Act Of God: A Mother’s Mobile Phone Saved Her Life During the Manchester Bombing [Photos]
International

An Act Of God: A Mother’s Mobile Phone Saved Her Life During the Manchester Bombing [Photos] 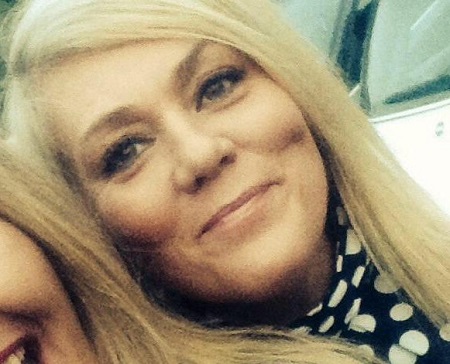 A woman has narrated how her mobile phone narrowly saved her life during the unfortunate bombing in Manchester.

Lisa Bridgett, a 45-year-old mother was saved by her mobile phone in the Manchester bombing – when it deflected a flying metal nut in the explosion.
According to Metro UK, Lisa Bridgett was speaking into her phone after the Ariana Grande concert when the explosion sent the steel nut towards her head.
The nut chopped off her middle finger as she held the phone – but was then deflected off the phone through her cheek and into her nose. Her husband Steve, 45, says his wife is ‘very lucky to be alive’ and believes the smashed phone slowed down the nut.
Lisa from North Wales was at the concert with her daughter and her daughter’s friend.
She had surgery on Tuesday and was due to have another operation after suffering multiple injuries, including a fractured ankle and a large wound on her thigh.
Steve said: ‘The fact that she was on the phone at the time probably saved her life.
‘The nut has hit her phone which has more than likely not only diverted it, but also slowed it down considerably. ‘This may seem a bit graphic but at the end of the day, it’s a reality. She will make a full recovery although I don’t think the finger will grow back!
‘All of us want to thank the police for their incredible work after the incident and all the staff at both the MRI and Wythenshawe for all the work they have done and are doing.
‘And in particular, Peter the steward at the Arena for helping Lisa outside and getting her to safety.’
She is recovering in hospital in Manchester.
An Act Of God: A Mother’s Mobile Phone Saved Her Life During the Manchester Bombing [Photos] was last modified: May 25th, 2017 by Arinze Ago