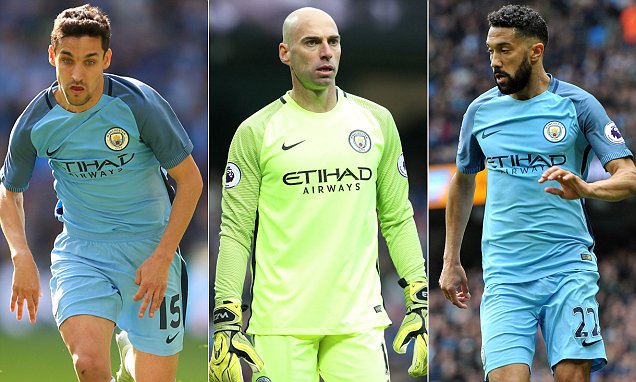 Caballero, a 35-year-old Argentine, signed from Malaga in 2014, while 31-year-old Spaniard Navas spent four years at City after arriving from Sevilla for £14.9m.

Director of football Txiki Begiristain said working with Navas, who made 123 league appearances, was “a pleasure”.

Clichy and Sagna both joined from Arsenal, in 2011 and 2014 respectively.

“It’s amazing to see where the club is today and I am sure there is plenty more success to come,” the France international told the club website.

Compatriot Sagna, 34, added it was a “privilege” to play for the club.

Navas has already left the club, with Caballero, Sagna and Clichy to follow when their contracts expire at the end of June.

Willy Caballero, Gael Clichy And 2 Others Pep Guardiola Is Willing To Let Go This Summer was last modified: May 25th, 2017 by Damilare Salami

An Act Of God: A Mother’s Mobile Phone Saved Her Life During the Manchester Bombing [Photos]