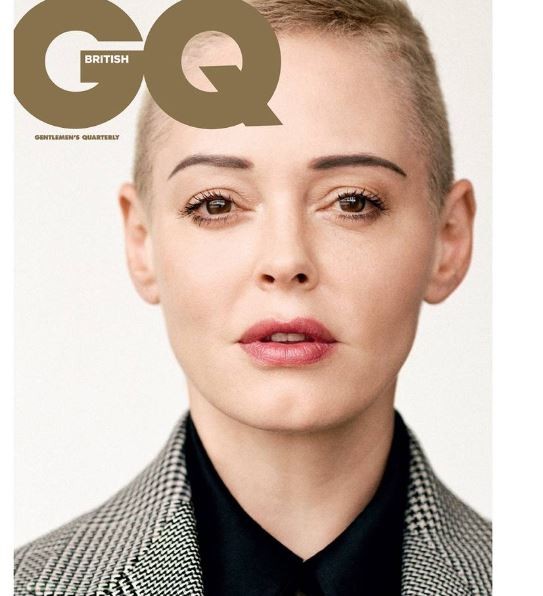 Hollywood actress, Rose Mcgowan will make history at the upcoming GQ Men Of The Year Awards as the magazine’s first female recipient of the Inspiration Award. The Grindhouse star will be honored for helping to kickstart the #MeToo and Time’s Up anti-harassment and equality movements by bringing attention to disgraced producer Harvey Weinstein’s alleged predatory behavior.

McGowan was among the first of many women to speak out against the movie mogul, who she claims raped her in a hotel room at the Sundance Film Festival in Utah.

“I’m proud to be honored by GQ, receiving the Man Of The Year Inspiration award. It’s a new dawn, a new day for all of us to celebrate positive societal change” she said in a new statement, released just after her latest accolade was announced on Wednesday.

It has been a big year for the actress so far she released a hard-hitting documentary, titled Citizen Rose, and released her memoir, Brave, in which she details the bad behavior and misconduct she has experienced in Hollywood.

Announcing the honor, GQ editor Dylan Jones said, “this award recognizes the sheer strength and bravery Rose McGowan has shown in coming forward and being one of the first to publicly accuse an industry figurehead of grossly abusing his position of power. Rose is the absolute embodiment of this award and it will be great to watch her receive the award next month.”

She will follow Brazilian soccer legend Pele, who was the recipient of the prize in 2017. The 21st annual GQ Men Of The Year Awards ceremony will take place on September 5th.