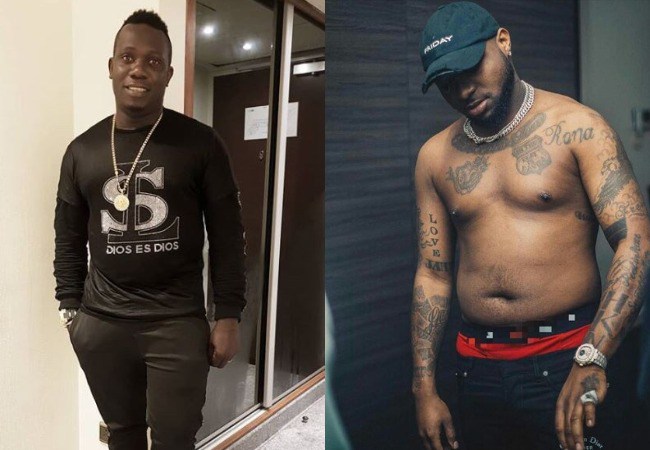 Veteran  Nigerian singer, Duncan Mighty has set tongues wagging after he shared a video of himself bowing to pop sensation, Davido in appreciation for featuring him on a song with the video getting shot in Port Harcourt.

In a video posted on his Instagram page, the Port Harcourt first son whose career is enjoying a resurgence is seen in the studio with DMW boss, Davido as he expresses gratitude for what he has done for him.

According to the excited singer, he posted a message alongside the video,

”Breaking News. History is been made as Duncan Mighty collaborates with Nigerian Internationally acclaimed musician Davido OBO & Peruzzi in a music project that will open up the entire Niger Delta region and set the pace for an unprecedented growth of the entertainment industry which will be the biggest potential non-oil investment of the Niger Delta region.

The video will be shot by Clarence Peters right here in Port-Harcourt today… Chai OBO U came visiting me with ur private jet and Chioma UR lover, God bless U for this honor.”

You might also like
You Won’t Believe Why Duncan Mighty Bowed To Davido was last modified: August 17th, 2018 by Igbokwe John

Rapper Vector In Ondo For His Late...