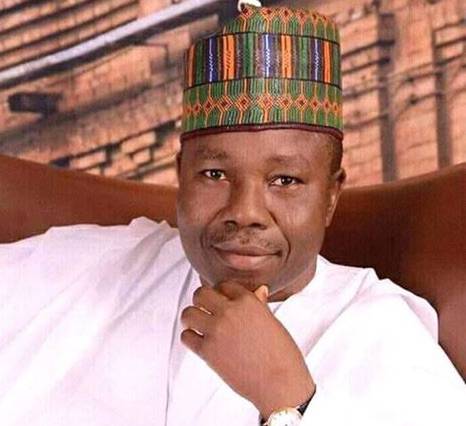 How do you see your party’s preparations for the forthcoming Kogi governorship elections?
The All Progressives Congress (APC) is very prepared for the November 21 governorship election. APC will win the election because Kogi State is an APC state. APC won all three senatorial seats, six of the nine House of Representatives seats and 11 of the 25 House of Assembly seats in the March/April elections. The PDP government of Idris Wada has performed poorly. The people of Kogi are yearning for change. They are eager to throw out the PDP and Wada.

You joined the race late. What gave you the confidence that you could make a strong showing.
I didn’t join the governorship race late. I joined about the same time as other aspirants. What gave me the confidence that I could make a strong showing are name recognition, experience, reputation for integrity and a visionary agenda titled “Re-inventing Kogi State”. In it I outlined my policies in all sectors and areas of life. I laid out how I plan to create jobs and wealth through agriculture, ICT, SMEs and Solid Minerals exploration. I also discussed strategies for urban renewal, infrastructural development, better social services and commitment to transparency and accountability. I promised a smaller, efficient government, fair and equitable allocation of resources and in political and public service appointments. My message resonated well with most people in the state. It was being said every where that I am the governor that Kogi State needs at this time.

What is your assessment of the incumbent?
The current administration in the state has been an unmitigated disaster. Indeed, the 12 years of PDP administration in the state have been a big waste. Kogi State is in a mess. It is at the bottom of the 36 states in terms of development. The roads are terribly bad. Public education is in crisis. Corruption is high. Inter- ethnic relations is at its worst level because of the primitive and oppressive ethnic politics of the so-called leaders. Kogi suffers from lack of leadership and misgovernance. It is a state in dire need of redemption. We are endowed with a lot of human and material resources but the state suffers from the bad leadership curse. The situation of the state makes me want to cry at times. How do you explain a situation in which individuals in the government are commissioning projects daily while the government has none to commission? It is sad.

What are your plans?
My plans are jobs and wealth creation through agriculture, public works projects, ICT, SMEs and solid minerals exploration. I intend to triple the current internally generated revenue by blocking leakages in the system and expanding the revenue base. I plan to develop the Lokoja waterfront and create a city within a city to be known as Confluence City, Lokoja. I plan to improve the quality of education and health care services in the state. I hope to partner with the Federal Government to get Ajaokuta Steel Company and Itakpe Iron Ore Mining Company working. I will create an industrial park in the Obajana-Ajaokuta-Itobe axis. I plan to build one dam each in the three senatorial districts to provide water for drinking and for irrigation.

How do you see the chances of other candidates.
There are many aspirants I respect. I believe that I have the best plan for the state. The primary was held on August 29. A total of 28 of us vied for the APC ticket. Former Governor Abubakar Audu emerged the winner. It was a “cash and carry” primary. Delegates voted mostly for those that offered them the highest money. It was sad that our politics has been reduced to that. No matter how good your plan is, you are not likely to be voted for by a bunch of roguish delegates unless you have money to pay them. I wonder why ICPC and EFCC have not done anything about it. They should send their officials to the venues of these primaries, mix quietly with everyone and get those who give and those who receive any inducement arrested and prosecuted. The moment you make an example of a few people this nonsense will stop. These bazaars called primaries are not sustainable at all. Something has to be done about it. President Buhari has to make it part of his ant-corruption plan.

What is your assessment of President Buhari’s first 100 days
It is too early to be able to offer an objective assessment of its performance now. Let us wait for the half year mark.

How did you get into politics?
I went into politics by association. Being around former President Olusegun Obasanjo and Vice President Atiku Abubakar got me naturally interested. Also, I am concerned about the situation in Kogi. It is the desire to be in a position to change things for the better that led me into politics.

Many people feel you don’t have the temperament for politics?
It is true. I won’t lie to people. I will never betray their trust. I will never steal what belongs to them. And I won’t kill or maim in my quest for power. I believe good people can be politically involved. We must clean up our politics and make it attractive for decent people who just want to serve. If we all stay away, we risk leaving our politics and our states and communities to scums and hoodlums.

Outside Politics what do you do now?
Since 2009, I have been teaching Media Arts at the University of Abuja, Abuja. I also run a fish and poultry farm in Bwari, near the Nigeria Law School.

Do you see yourself going back to Journalism?
Why not? Journalism is my first love. I miss the newsroom. I love reporting.

What is your impression of Journalists and Journalism today?
We live in a digital age and today’s journalists are lucky to be working in an environment where things are relatively easier. You can send a story and an image to the newsroom from anywhere in the world through your phone. Advances in ICT have made reporting and publishing a lot easier. But the digital age also has its challenges: diverse sources of information, competition from non journalists who are also in the business of information dissemination and the need to operate on several media platforms to be able to reach the greatest number of people. Today’s Journalists are better educated but not necessarily as knowledgeable as the older generations. Today’s journalists may earn more money, ride better cars and live in better houses but they are not as contented as the older generations. I am glad that my era straddles the analogue and the digital age of journalism.

My Boutique Business Started From My Car...

How I Run NIGERIAN-SWEDISH Chamber Of Commerce...