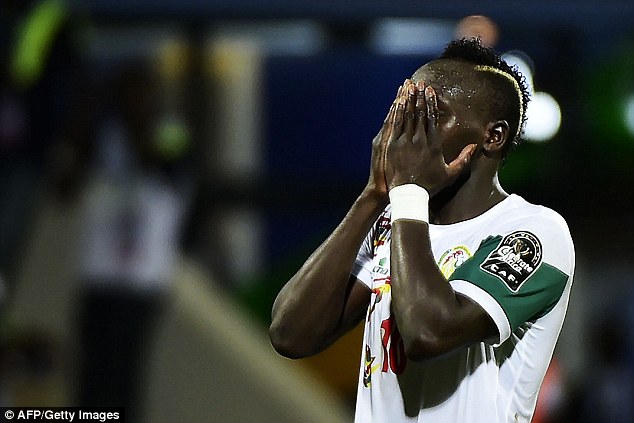 Senegal and Liverpool striker, Sadio Mane gifted Cameroon the Africa Cup of Nations semi-finals ticket after missing the decisive spot kick as the Lions beat Senegal 5-4 on penalties to reach.
Mane, Africa’s most expensive player, was denied by Fabrice Ondoa, Vincent Aboubakar hitting the winning penalty.
Much fancied Senegal had a great chance to win it in normal time but Moussa Sow volleyed wide from close range to leave the game scoreless after 120 minutes.
Cameroon are four-time winners of the tournament.
The result means Mane is likely to make a swift return to his club Liverpool, who suffered a surprising 2-1 home defeat by Wolverhampton Wanderers in the FA Cup fourth round on Saturday.
There were striking similarities to this game and 15 years ago, when Cameroon and Senegal met in the 2002 final in Mali.
Cameroon, who will now face the Democratic Republic of Congo or Ghana on Thursday for a place in the final, failed to register a noteworthy shot in the opening hour.
Their first serious attempt on target came in the 65th minute when Robert Ndip Tambe volleyed straight at Abdoulaye Diallo before the Senegal keeper produced a low one-handed save to keep out Benjamin Moukandjo.
Diallo was responsible for ensuring the tie went to penalties after a fine stop to keep out Jacques Zoua in extra time.
In the shootout, there was nothing to choose between the two teams as the first eight penalties went to plan.
At 4-4, Mane stepped forward but Ondoa saved his kick. That presented Aboubakar with a chance to seal victory and the Besiktas forward made no mistake.