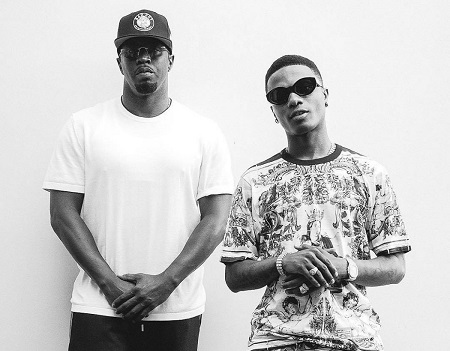 Nigerian Afropop star, Ayo Balogun popularly known as Wizkid, says he is working on a “little project” with a “very big” American producer.

The Nigerian singer, who is working towards the release of his fourth studio album, said the producer is based in Atlanta but failed to mention the person’s name.

Wizkid described the project as “something I’m very excited about”.

He made the disclosure to Vogue while unveiling his new capsule collection in Manhattan, New York, US.

The collection includes a Starboy-branded bomber jacket, bandanas, ‘Made in Lagos’ and ‘Ojuelegba’ branded tee-shirts.

Speaking on the inspiration behind the collection, he said: “For me, when I dropped my last project, I just felt it was time to do something for my fans, so they could have almost like, a piece of me.

“I sat down with my team, and we did a couple designs, we designed some shirts and some bandanas, and we just decided to put it up for the fans—something we intend to do like every three months, put out new collections.”

The ‘Soco’ singer described the collection as “simple” and “fresh”, saying it was designed to have a universal appeal.

He said: “Something you can be proud wearing—not just as a Starboy fan but proud being an African… I also want people around the world to be able to wear it.

“Even if you’re not from Lagos, it should be fashionable enough for you to just throw it on. I want people to look back and be like, Yo, I had that Wizkid T-shirt when it dropped.”

Wizkid’s ‘Made in Lagos’ album is scheduled for a release in September.

D’Banj First Photo Of Himself Since Son’s Death

The Real Cause Of TOYIN ABRAHAM &...