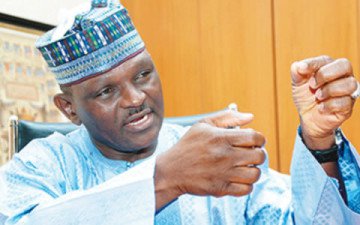 The former Chief Security Officer (CSO) to late Gen. Sani Abacha, Major Almustapha (rtd) has revealed that he has a letter in his possession that will assist the Supreme Court Judges in the case against him by the Lagos State government.

Al-Mustapha while speaking with TV 360, said from the moment his boss, Abacha died, charges were contrived and filed against him in an attempt to wrongfully nail him.

He made this revelation against the backdrop of Lagos state government’s leave to appeal the conviction and reversal of death-by-hanging handed out on him by Justice M.A Dauda on January 30, 2012.

The ruling followed an application that was moved on behalf of the state by Mrs. Osunsanya Oluwayemisi, a Senior State Counsel in the Lagos Ministry of Justice.

The court ordered Lagos to file its notice of appeal within 30 days from yesterday, following which a date would be set for hearing.

Reacting however, Al-Mustapha said that the letter in his possession, purportedly written by the Special Investigation Panel (SIP) will throw more light on what went wrong in the past and help set the record straight.

“It would set the record straight and equally reveal what happened in the past,” the former military boss said during the interview

Friday special: Glam up your ‘Tutus’ with African prints