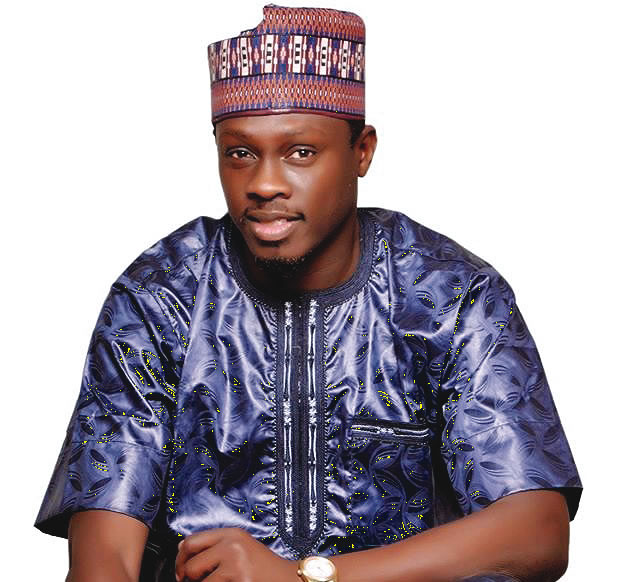 Alli Nuhu has been acting for close to two decades and he is one of the most sought after Kannywood actors in Nigeria.

Last week, he was at the City People Movie Awards, where he picked up an award on behalf of his son, Ahmad Alli Nuhu. He won as a kid actor. City People Reporter, ABIOLA ORISILE & FEMI FABUNMI had an interview with him where he spoke about his fight with Rahama Sadau.

You just got a recognition award from City People, how do you feel right now?

I am very happy and excited, the feeling and spirit is very high at the moment. I sure know this will ginger me to do more. The award is dedicated to God and all my fans.

You are practically the most sought after Hausa actor, how does that make you feel?

It feels great to be the most sought after Hausa actor, it only shows that Hausa movies are doing well. My colleagues are doing their best to ensure that our movies come out good. I just have to give God the glory.

Why is it that Hausa actors don’t get to feature in English and Yoruba movies?

Hausa actors do feature in English movies, because of language issues you may not see them in Yoruba or Igbo films but they come on in English movies. I have been featuring in English films since 2006. Yes,  you might want to say that the large percentage of them don’t feature because they have plenty of jobs they do up North and it does not give them the opportunity to feature.

In as many English movies as possible. I had offers to be on three English movies set last month but I could only do one. The truth is, we churn out many movies in the North, so we operate tight schedule.

What is the relationship like between the English actors and their Hausa counterpart?

It is very cordial, they relate very well and also establish cordial relationships among themselves. I just came off Femi Adebayo’s set in Ilorin, Kunle Afolayan directed. Let me tell you categorically that I was well treated and properly taken care of. We are very comfortable when we work with them.

Which of these sectors did you start with?

I started with an English production in Jos, that is NTA Jos when I was in the University. After Youth Service I branched into movies and because I was accepted by the audience. Later, I wanted to be featured in Sitander, I had to break away again and crossover to English.

Any plan to feature in soaps?

I have featured in many soap operas. I have been in many English series, I have been invited for another role in a series; if the terms and conditions go well with me I wil be part of it.

Why are Hausa movies similar to Indian films?

It is not a rumour that Kannywood and Bollywood share many similarities, every sector has a style it adopts. The Kannywood is similar to Bollywood because Indian movies are majorly acceptable by Hausas.

In the 50s, 60s, 70s and 80s our grand parents and even parents were ardent fans of Indian movies so I think that inheritace is what the current population in the North are making use of.

Fill us in into your family and educational background?

I have a B.Sc. in Geography from the University of Jos. I am a married man, I have two kids, there is Fatima. She is my first born while the second born is Ahmed, he was nominated for one of the categories and then he emerged the Best Kid Actor at the City People Movie Award.

You are one of Kannywood’s top actors, but you have metamorphosed into Nollywood too, how is the experience like?

Crossing over is not the case, but I am just doing what I know how to do best. I am still very much in Kannywood.

Have you been nominated for any award category?

Yes, I have been nominated but I am not keen about the nomination in the best category of male actor but my son, Ahmad Alli Nuhu was nominated and he won as Best Kid Actor. He is not here because he has to be in school. He is an 11 years old kid.

How did he get into acting?

He was actually five when he started disturbing me about acting but I told him to hold on. He is my second child. So when he was so particular about it, I said let me give him a trial and, fortunately, he picked up. He does a minimum of two to three movies in a year. But I make sure he shoots when he is not in school. It is a principle because I don’t want his career to affect his education. Our parents were  particular about our education and that was why we could be where we are. The movie he featured in was also a Kannywood movie about Al-majiris. He featured as a boy who was abandoned by his father and mother because they were divorced. He went through a lot of hurdles. At a point, he was hit by a hit and run driver. It was basically about the trails of Almajiris.

How many movies have you written?

I have done a lot. I started my career as a writer in 1999, which was immediately I finished Youth Service. I was a writer and was part of most of the successful movies back then. So I have done over 50 movies.

What are you working on?

I am working on a movie called friendship. A movie about a footballer, an actor and musician. They all became celebrities and had their issues. It is a movie that is friendship based.

Is the movie based on your true life experience seeing that some of your friends who are close to you in Kannywood are no longer your friends?

No, what brought about the movie was because I wanted to have a movie that will cut across. The movie was shot in Kano, and Ninja. Secondly, I came across a group of guys who were debating on the subject; actor, footballer and musician who is better? So I thought  I could do something that will balance the equation.

I also wanted people to know that some attributes are not particular to a profession. It has to do with the individual. Thirdly, out of the leading actors in Kannywood, Adam Zango Sanni Sadiq and I happen to be among the high ranking ones. So I wanted us to act together in a particular movie.

This is because most of our fans think there is an issue between us. So I try to let them understand that we are friends and brothers and we are there for each other anyday, anytime.

How much has it cost you?

A fortune of course.

You are Rahama Sadau’s boss as believed by many but people think that the relationship has gone sour, what is happening?

No, the relationship has not gone sour, it’s just that we are both busy. You give birth to children and they grow and want to be on their own. So that is what happened. Aside this, she is also into Nollywood now and I am more into Nollywood.

It was widely believed you are behind her ban, how true is this?

Behind her ban? Oh, after the insult I received from some quarters that was blaming me that I led her. Some even believed she is doing what her boss is doing verbatim. So how can they now come to conclusion that I led to her suspension in Nollywood?

Some believe she was rude to you?

She hasn’t actually been rude to me, I haven’t seen that. She is just one person that likes pursuing her dreams and because of that, she is so busy. She is not like that.

That was few month ago and that was at the premiere of “Banana Island”.

How soon would she be re-accomodated back into Kannywood?

She is in the best position to say that because we have done all that needs to be done for her to be back in the industry. So the decision is hers.

I travel abroad when I want to rest.

Your wife is beautiful, how did you meet her?

It was on a set and we were shooting in her Aunty’s house. I saw her coming into the sitting room and she was so shy. So I told my colleagues, this is my future wife. Fortunately for me, it worked.

How long did it take her to accept?

Like three to four month because her family made sure they saw me and did some background check.

How do you separate your faith as a Muslim from your job, seeing that Kannywood is strict?

That is a very good question. We have scholars and clerics and clergymen that I seek knowledge from when I started. I know what my religion forbid. They will advice me, you can do this but you shouldn’t do this. That was how I learnt what to do and not to do. I also make sure I don’t put sentiment in all I do.

Do you have an acting institute of learning?

No, I don’t have a training school but I have trained not less than 15 actresses in the Kannywood who are also doing so well. Kaola Ahmad, Sadau, they are too numerous. Some are even married. So you don’t need a school to train people.

How old are you?

How ALLI NUHU Became No 1 Actor In The NORTH was last modified: October 16th, 2017 by Abiola Orisile

WHAT LAGOSIANS SHOULD EXPECT IN THE NEXT 15 MONTHS – Gov AMBODE

Why I Will Remain Grateful To Asiwaju...