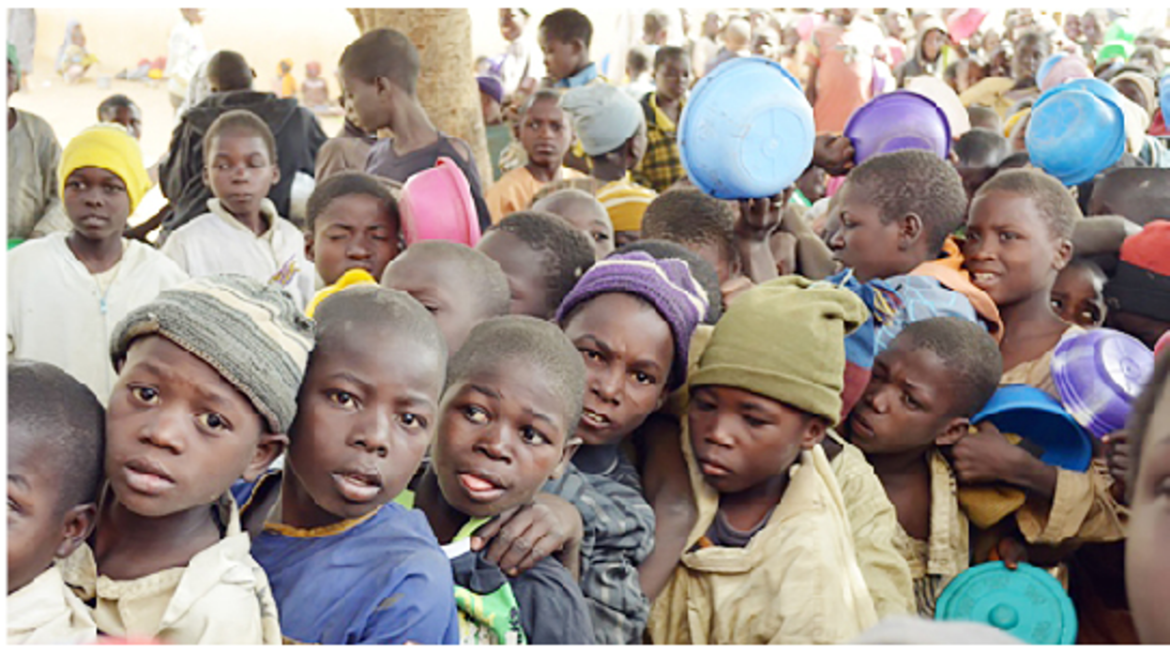 The almajiri system, if not dealt with urgently, will present overwhelming challenges for Nigeria in the future, the Secretary to the Government of the Federation (SGF), Boss Mustapha, has warned.

Mr Mustapha, while speaking at the daily Presidential Task Force briefing on COVID-19, on Monday, said the country must provide for their welfare and turn them into productive citizens.

”There is nothing wrong about them learning the dictates of their faith. But we must prepare them equally for the future.

”Equip them, skill them so that they can become educated in their state and also productive citizens in the future.

”If we do not deal with the issues relating to the almajiri, we are building an army that would overwhelm us as a people and as a nation in the future,” he said.

Mr Mustapha’s statement was in reaction to the decision of some northern governors to ban the almajiri system as part of measures to curb the spread of the COVID-19 virus.

Almajiri is ideally a system of Islamic education practised in northern Nigeria, where young children leave their homes to live with Islamic scholars and learn about religion. Almajiri derives from an Arabic word, “al-Muhajirun” meaning a person who leaves his home in search of Islamic knowledge.

However, the system has over the years been bastardised with thousands of such children roaming the streets of Northern Nigeria as beggars and without any form of education.

The system has been blamed for significantly contributing to the over 10 million out of school children in Nigeria.

PREMIUM TIMES earlier reported how Kano State Government decided to transfer ‘almajiri’ to their respective states so they can reunite with their families.

The decision to transfer almajiris to their states of origin was reached at a meeting of the Northern Governors Forum.

As of Sunday, the Kano commissioner for local government, Murtala Garo, said 419 almajiris have been transported to Katsina, 524 to Jigawa and 155 to Kaduna, totalling 1,098.

On Monday, the Kaduna State government said some almajiris transferred from Kano are part of the five new COVID-19 cases recorded in the state.

Welfare
Mr Mustapha said most of the almajiris are minors who need people to be responsible for them.

”Most of them are minors. As a matter of fact, by the time they get to their teens they mature and become the Mallams.

”And I think every government has a responsibility given to it by the constitution of the Federal Republic of Nigeria, to provide for the welfare and the security of its citizens,” he said.

He added that ”I also believe that the governors taking this option have that at the back of their minds. The states in which these almajiri are operating, can we say that their welfare is being taken care of?

“Is adequate security being provided for them? And being minors, somebody has to take that responsibility. And I said we should look at it within the context.

“So, I want to believe that the actions that have been taken by these governors are in context to provide for the security and the welfare, realising that virtually all of them are minors,” he said.

READ ALSO: KANO HAS NO RECORD OF CORONAVIRUS DEATH IN TWO DAYS

Kano Has No Record Of Coronavirus Death In Two Days