Home News ALMOND Fruits Are Good For You
News 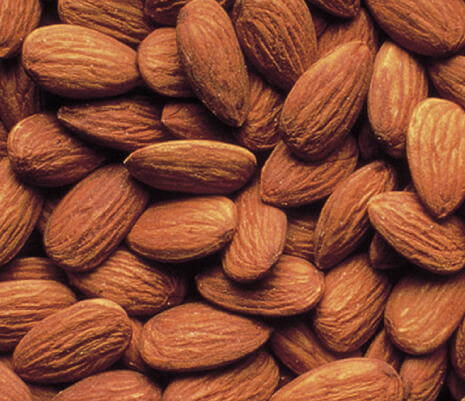 To God be the glory, great and mighty things he has done. It’s another beautiful week. Thank God for His unending mercies and grace over our lives. Welcome to your general health and well-being column..

This week, we shall be discussing a well known fruit that we all used to call “fruit” when we were young but it is actually called and known as Almond fruit….
The Tropical Almond Fruit is a drupe that measures between 5 to 7 centimetres long and 3 to 5.5 centimetres broad. Unripe fruits are greenish in colour before finally changing to yellow then reddish on ripening. The fruit is distinctive by its tasty nut and it contains an edible seed that has similar taste with almond.

The fibrous shell aids the fruit to float during seed dispersion by water. The leaves are broad are dark green, leathery and glossy in appearance. \

The leaves contain phytosterols, saponins, flavonoids such as quercetin and kaempferol as well as tannins such as tercatin, punicalin and punicalagin.

The leaves can be used for treating and preventing diarrhoea, dysentery, cancer and liver diseases.
Believe it or not medicinal plants are continuously revolutionising the face of the earth through all the distinctive benefits they render.

Most of these plants contain powerful active compounds that inhibit and cure several ailments. This has led to the increasing global demand for these nature’s gifts.

Even though most of these plants are very close to us yet, it is so appalling that most of us fail to recognise and exploit them.

Almonds have been prized since ancient times as one of humankind’s most beloved nuts.
They were popular in the diets of ancient Egyptians and Indian populations. Ancient Indian Ayurvedic practitioners even believed that almonds were capable of increasing brain capacity, intellectual ability and longevity.

The rich biological diversity of these nature’s gifts places them as the powerhouse for generating most of the distinctive compounds used for herbal medicines and those used for inventing revolutionary drugs with a novel mode of action.
Extracts from these medicinal plants contain several phytochemicals that can work alone or synergistically with others against various ailments.

Both the roots, stems, bark, shoots, leaves and fruits of these medicinal plants play an integral part in tackling diseases. More interesting is the fact that, the edible fruits from some of these plants are both nutritionally, medicinally and pharmaceutically valuable to humanity.
One of such important yet underutilised medicinal plants is the tropical Almond fruit, which is botanically known as Terminalia Catappa.

Almonds contain great amounts of fats, which forms more than half of its weight. These fats are mainly unsaturated, with smaller amounts of polyunsaturated fatty acids, among which linoleic acid stands out. It is known that linoleic acids performs vital functions in the nervous system.

Minerals – Almonds contains significant amounts of potassium, magnesium and iron. In fact, almonds are among the richest source of calcium in plant-based foods, the calcium content in almonds is even greater than that of milk. In terms of trace elements, they contain rich amounts of copper, manganese and zinc.

HEALTH BENEFITS / MEDICINAL USES OF ALMONDS
Almond is considered as one of the most valued and useful oil-bearing nut, if not the best. Its highly nutritious and rich content makes them favorites in the hand of many. Below are some of its medicinal indications:

NERVOUS SYSTEM DISORDERS
Almonds are a great and wonderful food for the nervous system. Its appropriate combination of calcium, potassium and magnesium ions, helps prevent nervous irritability and maintain muscle tone. This effect is particularly beneficial in cases of depression, stress, and fatigue (both mental or physical). Almonds are also good in cases of nervousness since they are rich in calcium, and lack of calcium in the blood causes nervousness.
Moreover, almonds richness in polyunsaturated fatty acids, mainly linoleic, and phosphorus helps provide important ingredients of the cellular membranes of the neurons. Therefore, the regular consumption of almonds is highly recommended in cases of depression, stress, nervousness, and fatigue. It also helps tones the muscles.

CORONARY
DISEASE AND ARTERIOSCLEROSIS
The property of almonds in cases of coronary disease and arteriosclerosis is specifically due to its mineral and vitamin content. Calcium which is present in almonds in rich amounts helps in regulating arterial pressure and is also involved in each heartbeat. Also, the vitamin E present in almonds is a strong antioxidant which helps prevent the occurrence of arteriosclerosis by halting the synthesis of plaque in the arteries.

PREGNANT AND LACTATING WOMEN
For lactating women, almonds have been proved to increase milk production. And for the pregnant women, almonds are a perfect food for them due to its richness in minerals and vitamins essential for the fetal development.

DIABETES
This is just self explanatory. Due to their low carbohydrate content as well as its richness in quality proteins and fats, almonds are well tolerated by the diabetics.

BONE DISORDERS
In cases of bone disorders such as osteoporosis and demineralization, almonds are considered a perfect food for them. Below are some reasons to support the statement:
almonds contains high amounts of the minerals that form the skeleton, mainly calcium, phosphorus, and magnesium.
Almonds have an alkalizing effect which facilitates calcium retention. In a nutshell, those suffering from any bone disorder can adopt the consumption of almonds as a way out.
Extracts from the leaves and bark of the plant have proven anticarcinogenic, and hepatoprotective properties that is liver regenerating effects, including anti-diabetic effects. The leaves and bark have been used traditionally in the South Pacific, for fungal related conditions. It may be potentially beneficial for overall immune support, liver detoxification and antioxidant support.
The leaves contain agents for chemo-prevention of cancer and probably have anticarcinogenic potential. They also have a anticlastogenic effect a process which causes breaks in chromosomes due to their antioxidant properties.
Till I come your way again next week…
I remain yours in good health, .. Oluwabukunolami.
Like we always say, we would like to hear from you..you can send us mails through gregatt0305@gmail.com…you can also call , send sms or send whatsapp messages to 07054964619

ALMOND Fruits Are Good For You was last modified: February 2nd, 2018 by Health Check