Home Sports “I have always looked up to Mikel,” – Wilfred Ndidi Admits He Gets Inspiration From Fellow Super Eagles Star
Sports 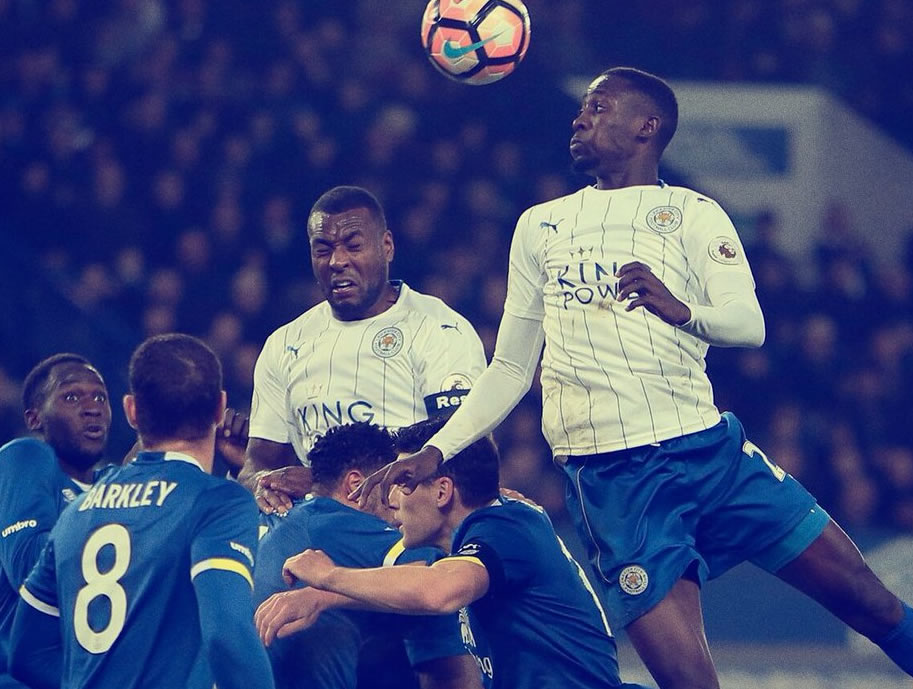 Nigeria international, Wilfred Ndidi has admitted that he was John Obi Mikel and John Terry who inspired him to become a footballer as he supported Chelsea as a young boy in Lagos, Nigeria.
The 20-year-old has recently joined up with his national team for friendlies in London against Senegal and Burkina Faso, with Mikel being granted special leave to focus on playing for his new club, Tianjin TEDA in China.
Impressive performances with Genk earned Ndidi his first call up to the Nigeria team in October 2015, replacing Mikel in the squad and making his debut.
Ndidi has come a long way since then, joining Premier League champions Leicester City a year later for £17 million. And Ndidi admits that the Chelsea pair were key influences on him, along with former AC Milan and Real Madrid midfielder, Kaka.
“I have always looked up to Mikel,” Ndidi told Goal. “When he was at Chelsea, I was at Nath Boys [as a youth player] and I have always liked him as a player. I have always been crazy about Mikel. The way he plays is amazing.
“When me and my friends talk about players, we always want to talk about Mikel. He is so important for Nigerian football. I actually liked two players from outside of Nigeria [when I was younger]. Kaka and John Terry.
“Because I was a central defender, I was watching John Terry. The way he was leading Chelsea and putting his heart into it made me like him. I liked Chelsea, with Mikel and Terry.
“They were my favourite players, but I never dreamed of the Premier League. I just wanted to play football. Enjoy the game. For Kaka, I didn’t watch much of him at AC Milan, but when he won the Balon d’Or and I started to look at him.
“I followed him up and watched him more when he went to Madrid. I liked his style of play and I liked his lifestyle outside of football. Very professional.
Ndidi has just earned his seventh cap for his country in Nigeria’s 1-1 draw with Senegal on Thursday and he is expected to become a regular fixture in the coming years.
Meanwhile, for his club, Ndidi previously admitted that he wasn’t bothered about being N’Golo Kante’s replacement at Leicester City and added he doesn’t necessarily want to emulate Mikel despite the extent of his admiration.
“Yes, I always wanted to play football,” he added. “I wanted to play in Europe but I could have played in Nigeria instead. I never specifically wanted to play in the Premier League or anything like that, I just put my game first. Doing everything on the pitch will bring everything.”

“I have always looked up to Mikel,” – Wilfred Ndidi Admits He Gets Inspiration From Fellow Super Eagles Star was last modified: March 30th, 2017 by Damilare Salami