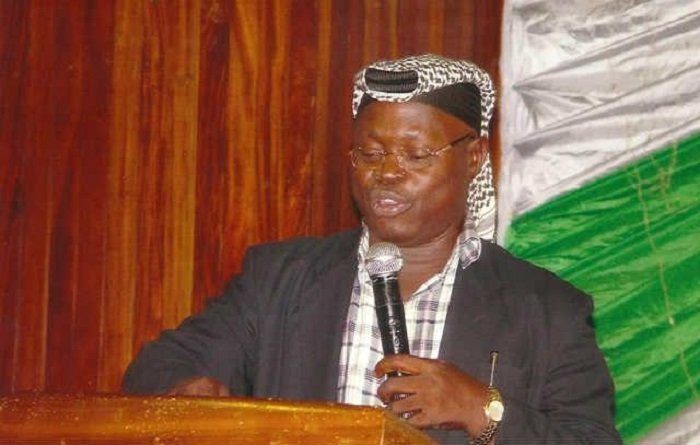 Muslim Rights Concern has asked governors in Nigeria’s southwest to change the name of the new regional security outfit it recently set up to fight crimes because it is anti-Islam.

The outfit is officially known as South Security Network but nicknamed Amotekun, a Yoruba word for leopard.

MURIC’s director Professor Ishaq Akintola said in a statement that the nickname and employment of security staff of the outfit are skewed against Muslims.

He, however, insisted that MURIC is not opposed to the establishment of the regional security unit.

“You cannot blame Muslims for crying out when you ask them to bring birth certificates from churches before joining Amotekun,” Akintola said.

“Neither can you expect them to stand akimbo when you tell them to bring letters of recommendation from churches.

“Muslims in the Yoruba enclave are not opposing Amotekun per se. What they oppose is a situation where an ostensibly anti-Islam security outfit comes into operation in Yorubaland.

“Apart from the reference to birth certificates from churches and letters of reference from pastors, the choice of nomenclature is another controversial issue because it has a strong Christian identity. Why ‘Amotekun’ as a name for crying out loud? Research has revealed the biblical origin of this name and it makes Muslims suspicious. Why Amotekun of all brands?”

“Jeremiah 5:6 says, ‘A leopard shall guard over their city’. Amotekun is mentioned in this verse with particular reference to guarding a city. Now, we have a sub-region where Muslims have been under persecution for ages coming up with a security outfit under the name of the same leopard mentioned in the bible as a guard over the city.

“This is not a coincidence. The handlers of Amotekun picked the name deliberately from the bible in order to score a spiritual point. It is very critical. It calls for serious concern. So why give a security unit a religious name?”

Akintola advised that a new “nomenclature” should be used instead of Amotekun. He, however, said he got assurances from “certain quarters” that church-issued birth certificates are a prerequisite for being employed into the security network.

He also insisted that MURIC is in support of any security arrangement anywhere in Nigeria so long as such an arrangement is without “gymnastic religiousity and acrobatic ethnicity.”