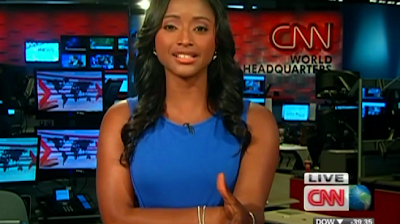 Veteran CNN journalist Isha Sesay is leaving the network, she revealed in an interview with What We See. She worked as the newsreader on Anderson Cooper 360, hosted a show on HLN, and most recently served as the co-anchor of CNN Newsroom: Los Angeles, airing on both CNN/USA and CNN International.

“I’ve been at CNN for 13 years, it’s the end of a huge chapter,” Sesay explained in the interview. “It’s been such a tremendous time, such an eventful 13 years — I feel like I grew up working there. I showed up as a 30-year-old in 2005, with two suitcases and a one-year contract — I’ve managed to make that last 13 years! It’s been amazing, I’ve been married when I was there, divorced when I was there, it’s all happened.”

“It’s all so Trump-focused,” she explained. “He sucked all of the oxygen out of the room. The media is following that lead to the exclusion of almost everything else, in a meaningful way. For me, personally, it’s not what I want to spend all my time doing.”

“After a while, I want to do more coverage of the Ebola outbreak, of the elections in Liberia, or any number of things that are happening. I’m ready to take control of what I’m talking about.”