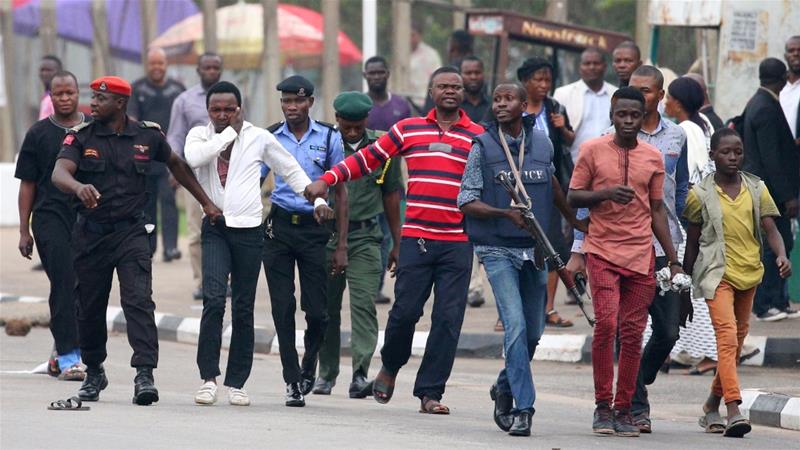 The oil-rich state with huge gas deposits, has been plunged into darkness by the electricity distribution company with helpless residents lamenting the situation and counting their losses.

Aggrieved by the incompetence of PHEDC, youths led by the Chairman, Ijaw Youths Council (IYC), Central Zone, Kennedy Olorogun, led a peaceful demonstration to the office of the company in Yenagoa.

The youths carried placards with inscriptions such as, We can’t pay bills without power supply; Bayelsans say no to darkness; Enough of PHCN maltreatment of Bayelsans, among others.

The youths gave the company a last warning to either improve on electricity supply or close their operations in the state.

The youths, who booed officials of PHEDC, accused the company of outrightly diverting power watts meant for Bayelsa state to other states,

Olorogun warned that there would be dire consequences if the company failed to address the blackout and epileptic power supply in the state.

He further condemned attempts by some critics to politicize the protest to gain political mileage ahead of the November 16 governorship poll in the state.

He said: “We condemn and warn those attaching our peaceful protest to their political propaganda to infuse disunity in the Ijaw nation to distance themselves from such act.

“It is all-inclusive demonstration beyond party lines, which is basically against the epileptic power supply in Bayelsa State and its environ by the PHEDC and not against any political party or government.

“Our people cannot be paying bills to the company yet unable to enjoy what they pay for, that is the motive behind the protest on the streets of Yenegoa. Anyone bringing government policies and politics into this is just an enemy of progress and agent of disunity among us.

“As a council, we advise supporters of governorship candidates to continue their campaigns and stop dragging the name of IYC and its daily activities into their political disagreement. We will continue to remain focus, steadfast and proactive in ensuring we do our part for the interests and benefits of Bayelsans”.