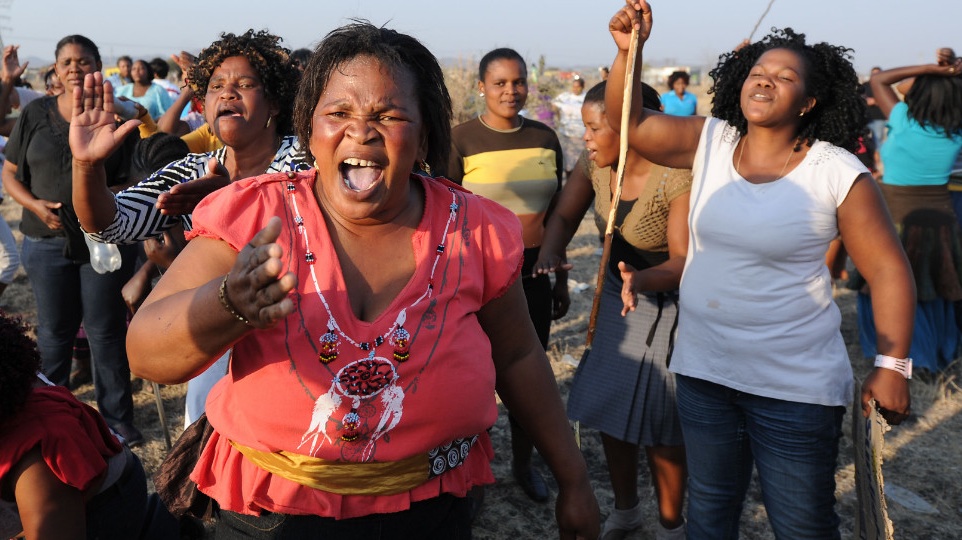 At least 15 houses either belonging or rented by immigrants, especially Nigerians, have been burnt by angry residents in Rosettenvile, south of Johannesburg.

The residents are reported to be angry that foreign nationals had turned the neighbourhood into a drug haven.

According to Africa Review, some shops belonging to foreign nationals in the area were also looted on Sunday.

South African residents in the area claim Nigerians had illegally taken over most property and turned them into drug and prostitution dens.

Early last December, Mashaba told a media conference that illegal immigrants got there criminally and should be treated as such.

During a visit to Rosettenville on Friday, he made claims that foreign nationals were using girls as young as nine as prostitutes in ‘drug houses’.

“According to community members, these homes are illegally occupied by Nigerian foreign nationals who run the homes as brothels and have girls as young as nine years old working as prostitutes,” he said.

“Many of the women in these brothels are also alleged to have no official identification documentation.”

Gbaffou said it was reckless for the mayor to make such a statement without proof.

“What proof does he have that foreigners are running these brothels? His remarks are very inflammatory, and it makes no difference that he has diverted from illegal immigrants to drug peddling. It is very dangerous and we see it as propaganda of hatred,” he said.

A community leader, Andile Tshem, called on residents to desist from violence, adding that it was high time law enforcement agents took action against criminals.

“We don’t encourage this at all, you cannot correct a wrong with another wrong. South African people must not be living on the streets when foreigners are using houses as brothels,” he said.

Police have arrested a man found in one of the houses that was set alight in Rosettenville.

Some Nigerians in Johannesburg took to Twitter to express their anger

Man United Trumps Madrid As The Richest Club In The World