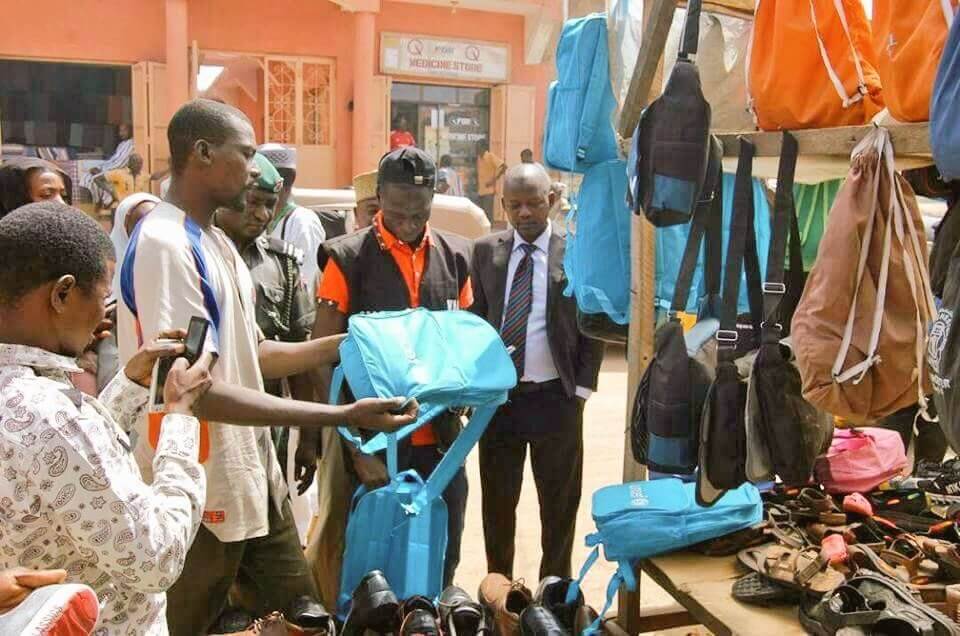 Officials of the Kano Public Complaint and Anti-Corruption Agency on Tuesday recovered hundreds of customized UNICEF school bags and mosquito nets at the Wambai Market in Kano.
It was gathered that the bags were provided by the international donor agency specifically to assist the children of the internally displaced persons (IDP) in the Boko Haram ravaged Borno, Yobe and Adamawa states, but were said to have been diverted into the local market in Kano. The Head of Operation of the agency, CSP Suleiman Aliyu Gusau, said the agency has intensified investigation to unravel those behind the diversion of the materials. One of the sellers of such items revealed that they mostly receive the supply from someone in Maiduguri, while he purchased the bags for N600 each and in-turn, sold it for N1,200.