Any Policeman Accepting Money For Bail Is A KIdnapper – Lagos CP, Muazu 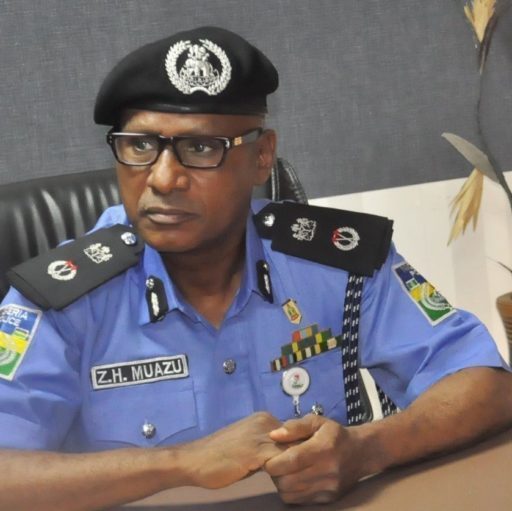 The Lagos State Commissioner of Police, Zubairu Muazu, on Tuesday, inaugurated a statement-taking room for the CID Panti, Yaba, saying policemen collecting money for bail were not different from kidnappers and would not be spared.

The News Agency of Nigeria (NAN) reports that the facility was provided by the Rule of Law and Anti-corruption (RoLAC) Programme managed by the British Council and funded by European Union.

At the inauguration on Tuesday, Mr Muazu commended RoLAC for the initiative, noting that statement-taking was important in police investigation

The commissioner said that statement-taking was the foundation of police investigation.

He said the facility was important to police operations, assuring the British Council that it would be put to effective use.

The police boss warned officers of the command against corrupt activities, saying that anyone caught would be decisively dealt with.

“I advise that we stay far away from corruption. It gives us bad name as it is unprofessional and unethical

He cautioned them against collecting money for bail.

“We have always said bail is free and we mean it. I keep saying that any policeman who collects money for bail is not different from a kidnapper. The only difference is that everyone knows where you kept the suspects.

“The country is hard and we need people more than they need us. Let us stay far from corruption,” he said.

Mr Muazu commended Yetunde Longe in charge of the CID for diligence.

He assured members of the public that the facility would be utilised effectively.

Commenting, Ms Longe, a deputy commissioner of police, said the CID was prepared to embrace world best practices in the investigation.

She commended ROLAC for donating the equipment and for training officers attached to the department.

“This will in no small measure add value to our productivity. I want to assure the CP, the donor and other stakeholders that this facility will be judiciously utilised for the intended purpose.

“The vision and mission of the I-G, Mohammed Adamu, to ensure diligent investigations is a task that must be accomplished,” she said.

The Lagos State Director of Public Prosecutions, Titilayo Shitta-Bay, said she was delighted to witness the inauguration, noting that the facility was important to police investigations.

She said that there had been issues with the manner in which statements were being taken from suspects.

She noted that the Administration of Criminal Justice Laws, 2015, mandated recording of statements.

Ajibola Ijimakinwa, the Lagos State Programme Coordinator of RoLAC, said that the programme was aimed at enhancing good governance, curbing corruption and ensuring that police cases would have successful prosecution.

“This is why we work and partner with the police to ensure critical laws are adhered to.

“We are looking at setting up more statement-taking rooms in Lagos as we look forward to the effective use of the facility,” she said.

NAN reports that the three-room facility has investigating/statement taking rooms and a monitoring centre where police officers investigating cases are monitored.

Any Policeman Accepting Money For Bail Is A KIdnapper – Lagos CP, Muazu was last modified: July 10th, 2019 by Damilare Salami