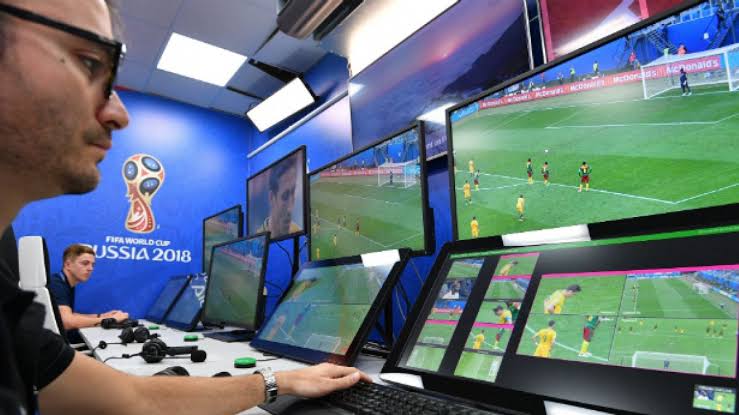 The Super Eagles of Nigeria have been urged to be cautious of possible dangers or problems of Video Assistant Referee (VAR).

The Confederation of Africa Football (CAF) has decided to introduce Video Assistant Referee (VAR) system from the quarter-final stage of the Africa Cup of Nations.

It was originally planned to use VAR from the semi-final stage but it will now be brought in from the last eight games.

The three-time Africa champions will be trailing tackles with the Bafana Bafana of South Africa at Cairo International Stadium on Wednesday(today) by 8 pm for their quarter-final showdown and the Video Assistant Referee system will be used.

“This VAR will increase the possibility of drama, especially as Nigeria clash with rivals, South Africa in Cairo,” Nigerian football pundits had warned ahead of the crunch showdown.

“The technical crew should be cautious of the danger of this VAR. It may save and at the same time, it may ruin. So, the Eagles players should be cautious and pick up a lesson from the way Ghana was shutout from Round of 16 by Tunisia.

“There was a moment of controversy in the first half when captain Andre Ayew back-heeled a Jordan Ayew cross into the net, only for South African referee Victor Gomes to disallow the goal for a handball by Thomas Partey who set up Jordan Ayew.

“We all know it would have been a different case had Video Assistant Referees (VAR) been deployed earlier.”

“And so far, there have been several marginally offside calls and an erroneous handball decision, which have contributed to some countries’ early exit from the tournament, and have been the extent of controversy in Egypt for the battered reputation of African referees,” a pundit in an online TV said.

Others in a hard-tackle session previewing the knockout match in a terrestrial TV broadcast on Wednesday would also want the Super Eagles to be cautious drawing references to 2018 FIFA World cup experience.

“In the match against Argentina at the group stage, Nigeria got into World Cup Group D match thanks to a Victor Moses penalty after Lionel Messi had opened the scoring. But, the African side thought they were deserving of a second penalty when Marcos Rojo headed the ball onto his own arm.

“The referee did not blow his whistle and moments later Nigeria striker Odion Ighalo wasted a glorious opportunity to score from 14 yards out. And once his shot flew wide he immediately appealed for a penalty. Ref Cuneyt Cakir refused to give a spot-kick immediately and went to VAR, who then gave a goal kick after.”

“John Obi Mikel voiced his frustrations at the decision at full-time. It was a clear penalty for him” the analyst enthused.

AFCON 2019: Super Eagles Must Be Careful With VAR Against South Africa – Experts was last modified: July 10th, 2019 by Damilare Salami

Any Policeman Accepting Money For Bail Is A KIdnapper – Lagos CP, Muazu