Home News APC and 2023: Finding the Right Man for the Task Ahead
News

APC and 2023: Finding the Right Man for the Task Ahead 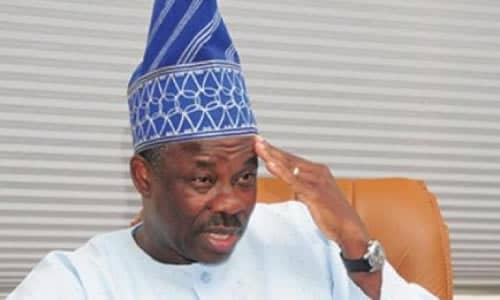 The zoning of the presidency under the principle of rotation between North and South has been one of the distinguishing features of the Nigerian political space since the return of Democracy in 1999. And this has always pitted the South against the North. As 2023 beckons, nothing appears to have changed in this regard.

Of course, the zoning policy predated the current 4th Republic. And, it has never ceased being an important issue in any election cycle since the 2nd Republic when it first became a strong political leadership recruitment mantra.

As we get into gear for the 2023 elections after President Buhari, a Northerner, has completed two terms, it again appears that in the bid to force the zoning arrangement to be respected, southern political players are coming out forcefully to stake a strong claim for the post. As at the last count, the South accounts for roughly 80% of APC Presidential aspirants that have declared intention to contest the post and continue APC’s stay in power at the centre.

The overarching argument being canvassed is that electing a northern candidate in 2023 brings the prospect of the region holding power for an unbroken 12 to 16 years. That is exactly the type of fear-inducing scenario that the zoning arrangement is created to forestall.

It could therefore be that most of the Southern aspirants coming out to dominate the field have resolved to massively buy the party’s nomination form and launch their campaigns to force the hands of the party on the issue of zoning. It would look impolitic and inelegant if APC should give its ticket to one of the few Northern aspirants in the field while neglecting the multitude of Southern contestants who, among them, parade all the qualities required to occupy the post.

However, where the party may face a headache is in the fact that majority of the Southern aspirants have their political roots in the Bola Ahmed Tinubu (BAT) Political family, led by the founder and leader of the group, Ashiwaju Bola Tinubu himself. Given that the BAT political family has got the vice presidency since 2015, the need to micro-manage the process of picking a southern candidate in a way that will assuage the fear of those who see the Ashiwaju influence looming on the presidency and, by extension, sweeping all over Nigeria if he or any of his political proxies get the plum job, cannot be discountenanced.

Ashiwaju Ahmed Bola Tinubu and his political offshoots have been branded, on the evidence of past actions, as likely to continue their well-known autocratic style of governance, especially the tendency to emasculate both the executive and legislative branches of government and ride roughshod over the people. This patently ACN political tool of pocketing the citizenry which has sustained the clique in the politics of Lagos State, has become the defining ethos of the BAT political philosophy. For a country walking the thin line of insecurity, disunity and growing citizen discontent, to be saddled with such perceived slave masters at this point in time is  a recipe for disaster.

The whole nation and, indeed all lovers of Nigeria, agree that National Unity, more than any other factor, would rank highly among the imperatives the country cannot afford to toy with post 2023 election. Given the foregoing, which of the Southern aspirants currently angling for the job is the least catastrophic option for APC and Nigeria? Which of them can inspire national inter-regional trust, galvanise inclusiveness and navigate the potential time bomb of ethnic and regional distrust threatening to ambush the future of the country?

Of all the Southern aspirants, the former governor of Ogun State, Ibikunle Amosun provides an intriguing scenario. The only South West aspirant that is not a creation of the Tinubu School of Politics, Senator Amosun has an interesting political trajectory that has established him among key political interests in the North and the South, long before the ascendancy of APC in 2015. In 2003, he was elected a Senator on the platform of the All Nigeria People’s Party (ANPP), at a time when the South West was still trapped in its regional politics of exclusiveness. On this evidence alone, one could say that of all the South West APC contestants on the field today, Amosun could be described as the first to embrace true Nigerianness that was devoid of opportunistic streak.

A vastly experienced political maestro with ample experience in deft but under-the-table management of temperamental political issues, Amosun is also a Chartered accountant, with vast professional experience and network as well as a thriving accounting practice firm. He therefore represents an important bridge between the business or financial world and the political world. As an acclaimed talent groomer and discoverer, his liberal political leaning has facilitated the emergence of some brilliant government appointees at both state and federal levels from under his wings. His role in 2015 in breaking the logjam that threatened the emergence of the current Vice president has been well exposed and is uncontroverted by any of the dramatis persona. Ditto how he facilitated the emergence of a former minister of finance and another minister currently in office. Amosun is, therefore, one of South West’s astute political groundbreakers with wide and strong network across the Northern part of the country. Yet, even as a power broker of immense stature, he has managed to remain largely behind the scene.

With his pedigree, Ibikunle Amosun seems to be the one among the aspiring options that presents the only near perfect profile of a change agent that possesses  the persona, contacts, network, vision, level-headedness, discipline and charisma that could help Nigeria navigate the post Buhari challenges that stare the country in the face.

He is, comparatively, the best bet the South can present to assure the genuine trust and deep respect of the North, calm nerves and engender national reconciliation quickly. However, the question is, will APC see the danger ahead and present the right man for the task? May 31st is almost here.