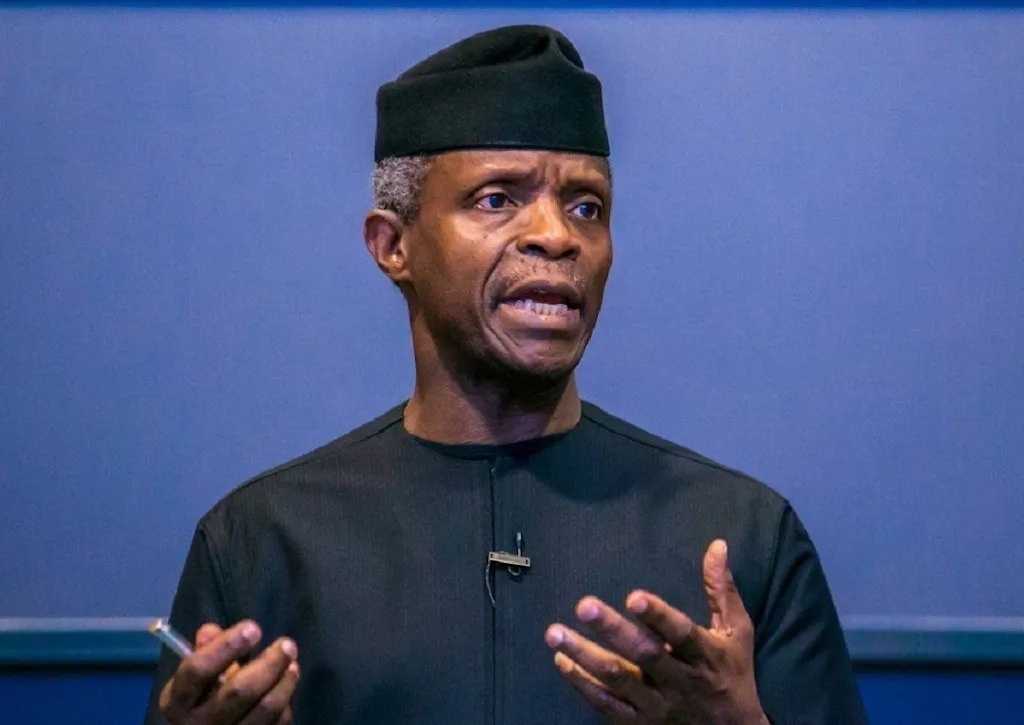 This writer is currently reading a leadership book by Lee KuanYew, Former Prime Minister of Singapore, titled ‘From Third World to First World’. The book gives an insight into Lee KuanYew’s years of service, and how he turned around the fortunes of his country, Singapore, moving from a third world (underdeveloped) country to a first world (developed) country, within a space of just three decades.

Reading through the book, one can see striking similarities between the person of Lee Kuan Yew and Professor Yemi Osinbajo. Some of the qualities both have in common are making merit-based appointments, respect for the law, respect for different tribes and religions, and non-discrimination on grounds of tribe and religion. Lee Kuan Yew achieved so much for his country, laying the foundation for modern-day Singapore; he can never be forgotten in the history of Singapore. Just as Lee Kuan Yew did in Singapore, if elected as President in 2023, it is evident that Professor Yemi Osinbajo will achieve great feats, and will lay a rock-solid foundation for the future of Nigeria.

The vice president, a Senior Advocate of Nigeria (SAN), has come a long way in public service, working with people of different religious inclinations. In 1988, at age 31, he was appointed as Special Adviser to the Attorney General of the Federation, Chief Bola Ajibola, SAN, and a Southern Muslim. Professor Osinbajo held the post for 4 years, till 1992. Between 1999 and 2007, he served as Attorney General and Commissioner for Lagos of Lagos State, under the Governorship of Bola Ahmed Tinubu, another Southern Muslim.

Beyond religion, Excellency, the Vice President is known to be an advocate for Meritocracy. He strongly believes that Nigeria has enough competent hands, across all religious and tribal lines that can effectively and efficiently administer the affairs of the country. This has been greatly reflected in the appointments he has made since 2015. The most senior official position in the office of the Vice President is that of the Deputy Chief of Staff to the President.

He later served as Attorney General of Lagos state between 2011-2015 under Governor Babatunde Fashola, before his appointment in 2015 as Deputy Chief of Staff. This is meritocracy speaking, irrespective of tribe or religion.

Furthermore, it should be noted that Special Advisers are next in the hierarchy of seniority in the office of the Vice President. Of the three special advisers, two are Muslims. Mrs. Maryam Uwais occupies the office of Special Adviser on Social Investments. A Northern Muslim, Mrs. Uwais is a lawyer of 42 years and has served in the Kano State Ministry of Justice, Nigerian Law Reform  Commission, Central Bank of Nigeria, National Human Rights Commission, Justice Research Institute, as well as the African Committee of Experts on the Rights and Welfare of the child, among others.

Some of her awards include the Humanitarian of the Year Award, in 2011, from the International Women’s Society and; National Human Rights Commission Awardee, in 2015, for Outstanding Contributions in the Advancement of the Rights of Women and Children in Nigeria. Before she was appointed Special Adviser, she was a Non- Executive Director, and member of the Board of Directors of Stanbic IBTC Holdings Plc. This is meritocracy speaking, irrespective of tribe or religion.

Another sound piece of evidence is the example of Ben Akabueze, a Southern Igbo Christian, who is currently the Director-General of the Budget Office. He was once the Chief Executive Officer of NAL Bank, now Sterling Bank. He served as two-term Commissioner for Economic Planning and Budget in Lagos. He thereafter served as Special Adviser on National Planning to President Buhari before he was appointed Director-General of the Budget Office. This is meritocracy speaking, irrespective of tribe or religion.

The backgrounds of these appointees reflect the all-inclusive nature of the Vice President, who picks the best for the job, irrespective of tribe or religion. In conclusion, Professor Yemi Osinbajo is a man who believes in the emergence of a New Nigeria; one in which the sole qualification needed to attain one’s dreams to serve Nigeria is merit-based, not religion or tribe. When elected in 2023 as President, Nigeria will unfailingly experience a positive turnaround.

2023 PRESIDENCY: OSINBAJO, MERITOCRACY, AND ALL-INCLUSIVE LEADERSHIP was last modified: May 12th, 2022 by Reporter

APC and 2023: Finding the Right Man for the Task Ahead