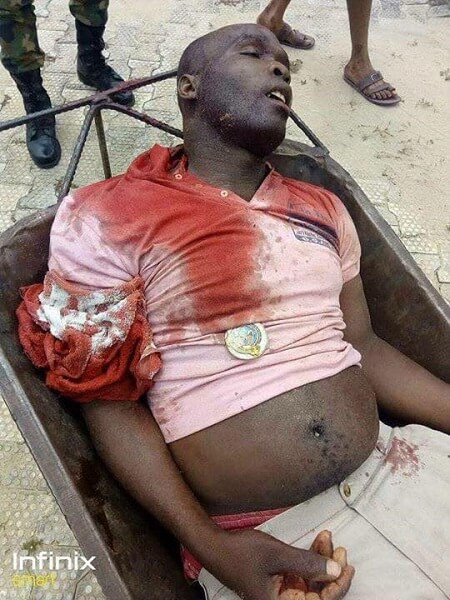 All Progressives Congress, APC Chairmanship candidate, Jeremiah Ogboveta died gruesomely yesterday after he was hacked to death during an altercation as the party held its ward congress, Maiyegun Diary reports.

According to Sapele Oghenek, Ogboveta, an APC youth leader died after he was stabbed by one Tete Pippah who accused him of stealing result sheets from the Ughelli secretariat.

Ogboveta was until his death was the chairmanship candidate for Jeremi Ward III in Ughelli South Local Government Area of the state.

APC Chairmanship Aspirant Carried On Wheelbarrow After Being Stabbed To Death (Graphic Photo) was last modified: May 6th, 2018 by Reporter