Home News Are You Suffering From Dissociative Identity Disorder
News 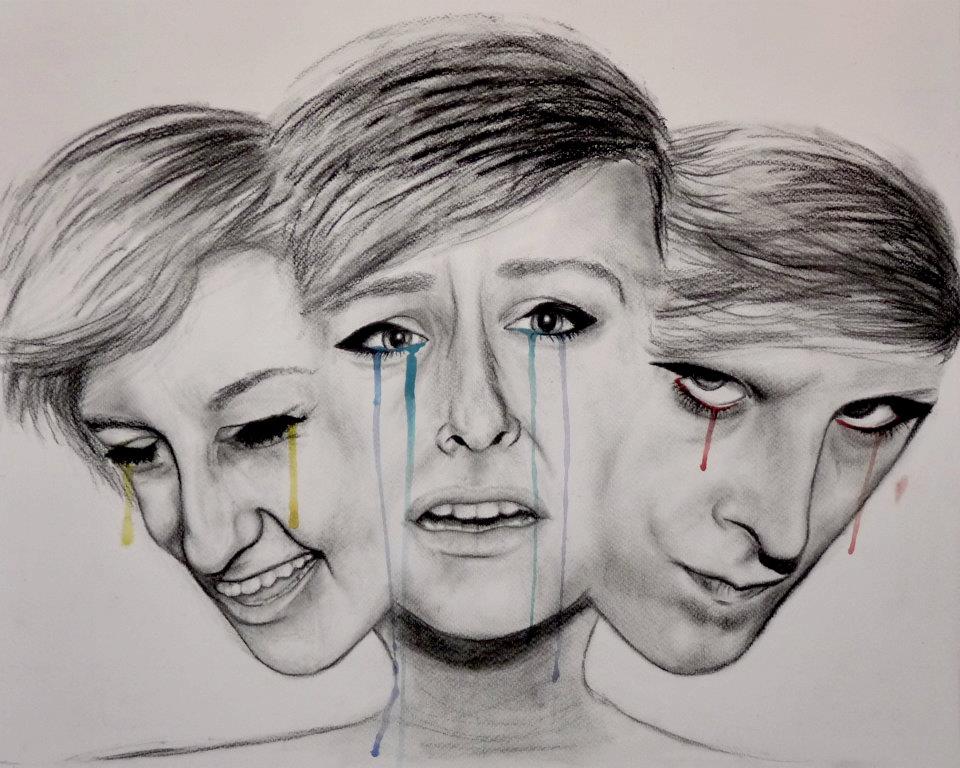 Dissociative Identity Disorder is when an individual has two or more different personalities or identities. It was previously known as multiple personality disorder.

A person with Dissociative Identity Disorder (DID) often has a “main personality,” which may be passive, dependent, and depressed.

Their alternative personalities or “alters” may be a different age and gender and show different moods and preferences.

These alternative personalities are believed to take turns being in control. When a personality is not in control, it dissociates or detaches and may be unaware of what is happening.

Most people with undetected dissociative identity disorder (or the spectrum diagnosis of dissociative disorder, not otherwise specified) experience depression and often are treated with antidepressant medications. While antidepressant medications may help some of the feelings of depression, it does not alleviate symptoms of dissociation. Some people suffering from undetected dissociative symptoms are misdiagnosed as having psychotic disorders including schizophrenia and are treated with antipsychotic medication resulting in long term side effects.

SOME OTHER COMMON DIAGNOSES THAT PEOPLE WITH DISSOCIATIVE IDENTITY DISORDER RECEIVE INCLUDE:

People with eating disorders including anorexia and binging often experience inner feelings of dissociation and may have a coexisting dissociative disorder.

Some people with undetected dissociative symptoms can function well at work or school. Only close friends or family are aware of the person’s inner struggles or suffering. Sometimes, a person with undetected dissociation may need to be hospitalized because of feelings of low self-esteem, self-hatred, self-destructive feelings and/or suicidal ideation. The delay in accurate diagnosis results in difficulty maintaining close relationships, working below one’s potential as well as years of unnecessary suffering. This can result in worsening depression, continued mood swings, and self-destructive behaviors.

Other common clues to a dissociative disorder include the fact that a person seems to experience a lot of different symptoms that come and go, and that they have been in treatment for many years and they still seem to have many of their symptoms.

The impact DID symptoms have on a person’s quality of life can vary depending on the number of alters they have, their social situation, and whether they have any other health conditions.

Dissociative Identity Disorder is characterized by the following symptoms, which can be diagnosed by a mental health professional:

Disruption of a person’s identity. This disruption can be seen by the presence of two or more distinct personality states. In some cultures, these different personality states may be called “possession” or label the person as being “possessed.” The disruption involves marked discontinuity in sense of self and sense of agency, accompanied by related alterations in affect, behavior, consciousness, memory, perception, cognition, and/or sensory-motor functioning.

Recurring gaps in the recall of everyday events, important personal information, and/or traumatic events are inconsistent with ordinary forgetting.

These symptoms cause significant distress and/or impairment in the person’s everyday functioning with friends, family, at work or school, or in other important areas of their life.

These symptoms are not a part of a broadly accepted cultural or religious practice. In children, they should not be confused with imaginary play, role playing, or fantasy play.

The disturbance is not due to the direct physiological effects of a substance (e.g., blackouts or chaotic behavior during alcohol intoxication) or a general medical condition (e.g., complex partial seizures).

Symptoms of DID in adults include:

A sense of “losing time”, *Confusion, *Exhibition of two or more personalities (alters). *Feelings of detachment (dissociation),  *Memory gaps, out of character behavior

Out-of-character behavior is the result of alternate identities being in control. Children who have experienced emotional neglect, sexual abuse, and violence are at an increased risk of developing DID.

Symptoms in children include:

*Having distressing dreams and memories. *Being unresponsive or “zoning out” (dissociating). *Mental distress to trauma reminders (triggering). *Physical reactions to trauma or memories, such as seizures.  *Showing unexpected changes in food and activity preferences. DID is believed to develop in childhood, and symptoms may become more severe over time.  To be diagnosed with DID, a person must:

*Have gaps in their memory of personal information and everyday events, as well as past traumatic events.

* Have symptoms that cause significant distress in working and social environments.

* Experience disturbances that cannot be considered part of any accepted cultural or religious practices. *For example, in children when imaginary friends or playing pretend cannot explain the symptoms.

*Have amnesia or exhibit chaotic behavior that is not caused by alcohol or drug use.

* Once a person receives a correct diagnosis, treatment is an integral part of learning to live with DID.

* DID is usually treated with psychotherapy (talking therapy) and focuses on:

*Educating a person about their condition

*Increasing awareness and tolerance of emotion

*Working on controlling a person’s impulses

People living with DID often refer to themselves as having alters or multiples. DID can have a significant impact on mental health, relationships, and a person’s ability to work.

Living with DID can be frustrating, scary, and isolating. Many people do not get diagnosed until they are adults, meaning they might experience years of frightening symptoms without knowing why.

A person’s alternate personalities may not always cooperate with each other. When another personality takes control, a person may “wake up” in an unfamiliar place with no memory of how they got there. However, the personalities may also work well together and help a person cope with everyday situations.

DID often takes a long time to diagnose and may be accompanied by other mental health conditions.The social stigma around DID may lead to anxiety, guilt, shame, and depression.People with DID have an increased risk of self-harm and suicide. The right diagnosis and prompt treatment are essential and can be life-saving.With treatment, people with DID may have significant improvements in their quality of life and a reduction in other mental health issues.

Are You Suffering From Dissociative Identity Disorder was last modified: September 17th, 2018 by Nimota Raji-Gambari