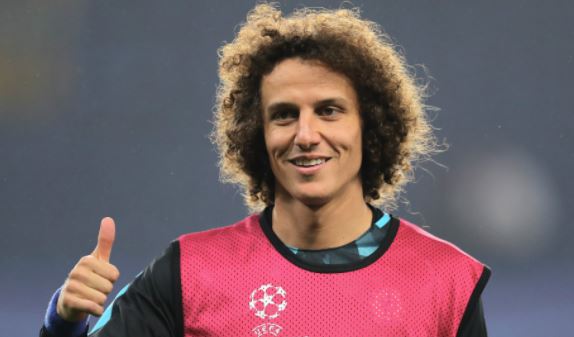 Arsenal are lining up a shock £30 million bid for Chelsea defender David Luiz, according to a report from the Daily Express .
Luiz has made just eight Premier League appearances for the Blues this season, after falling out of favour with manager Antonio Conte.
It is understood that their relationship has not fully healed, and Arsene Wenger is now interested in securing the Brazilian’s signature.
Luiz is also reportedly a target for Jose Mourinho and Manchester United, as well as Juventus and Real Madrid.
In other news, Manchester City have entered the race to sign £40 million-rated Crystal Palace winger Wilfried Zaha, according to the Daily Mirror .
The former Manchester United man, who made just four appearances in all competitions during his time at Old Trafford, is apparently also attracting interest from Arsenal and Chelsea.
Alexis Sanchez remains City’s no.1 transfer target although the runaway Premier League leaders see the Ivory Coast international as the ideal alternative should they fail to land the Arsenal forward.
Kevin De Bruyne is closing in on a new long-term deal at Manchester City, according to the BBC .
The 26-year-old has emerged as one of the best midfielders in world football as Pep Guardiola’s side have surged into an 11-point lead at the top of the Premier League, and City are now keen to recognise his outstanding contribution.
Fellow midfielder Fernandinho is also set to hold talks with the club over a new deal. His current contract expires at the end of the season.
Arsenal Makes Shock Move for Chelsea’s David Luiz as Guardiola Eyes Zaha was last modified: December 19th, 2017 by Arinze Ago