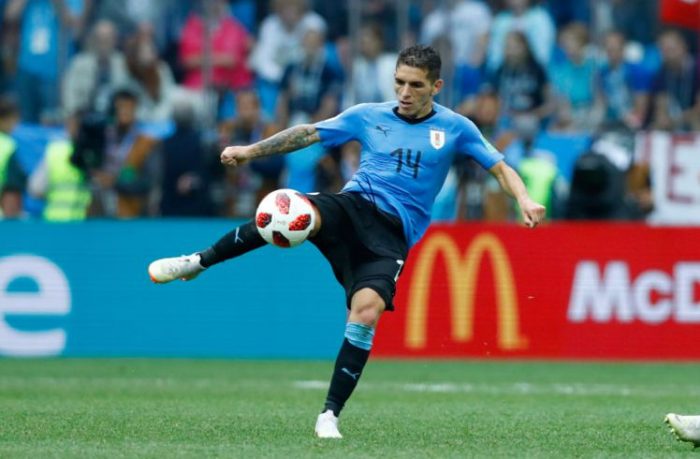 Uruguay midfielder, Lucas Torreira has confirmed he is set to join Arsenal.

Torreira is reportedly on his way to London, to complete his medical checks with the Gunners ahead of a move.

Arsenal agreed a fee with Sampdoria for his services before the 2018 World Cup began, but the 22-year-old dithered on the move to focus on the tournament.

However, with his country out of the competition, Torreira is set to wrap up the transfer.

He told Telenoche: “I would have been very happy to be able to return to Uruguay with my teammates, but this is a fantastic opportunity [to join Arsenal] and I do not want to waste it.”

Arsenal Set To Complete Signing Of This Uruguay Star At The World Cup Today was last modified: July 9th, 2018 by Igbokwe John