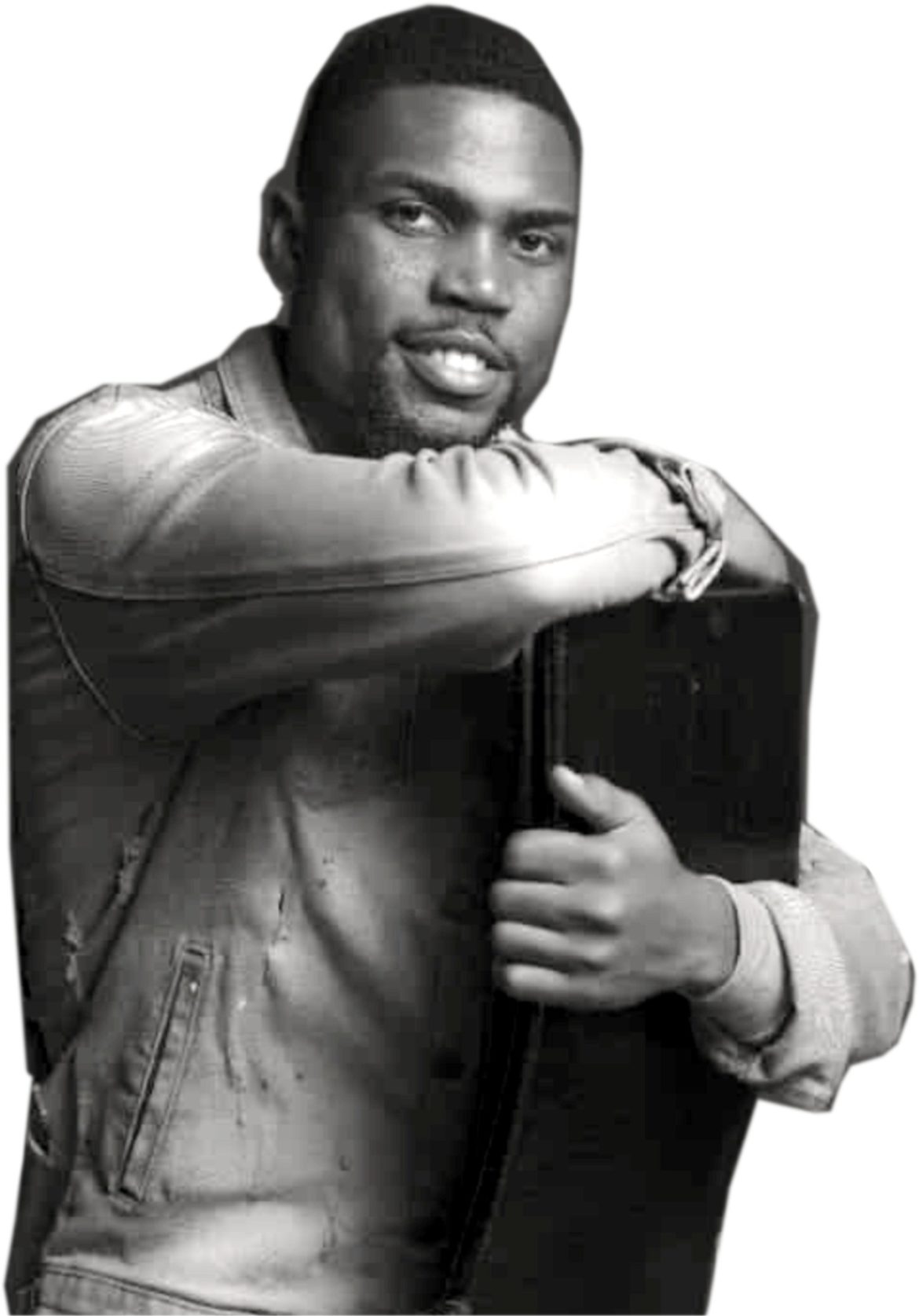 His real name is Durojaiye Ayokunle David. But he is popularly known as David Kenny. He is a Lagos-based music producer, sound engineer and a songwriter based in Lagos.  He’s the pioneer of Conscious Music Production. He attended Middlesex University and completed an approved course at Tenstrings Music School, Lagos (SAE).

He has an Audio Technology & Music Production degree, and has been in the music industry for 8 years. It’s easy for people to realize that music isn’t a pure science when it comes to creation,” he says. “Songs are deciphered by their potential to make us ‘feel’ those feelings, while styles reflect various moods. If music is art, production offers the canvas.”

He talks about how he became a music producer, how he practices music production, what music industry entails in Nigeria, and his thoughts on collaborating with musicians in this interview with City People’s TOBI OGUNDEJI.

Tell us the story of how you got into music production

In 2012, I played drums at a service. I encountered one of the gospel players ‘Eben’, who played the piano as I played the drums. He saw how much I was interested with music because I was always the guy who would suggest let’s not use this melody for this album, let’s use the other one, I always had something to suggest or add to music so he approached me and said to me, “All these skills you possess are qualities of a music maker. Why don’t you get a computer workstation or program on your laptop and see how you can make music? So he gave me all the software tools I needed to kick off and this was how the journey began”.

What can you say about the music industry?

The industry is growing but because of the A-list stars we have, a lot of people think the industry has really expanded. However, if you’re investing enough time, while we have a lot of great artists like Wizkid, Davido, Tiwa Savage, Yemi Alade, Burna boy and others, we don’t have a well-structured industry, since many of these A-list artists have had to sign some kind of publishing deals and recording deals with some foreign labels that can give them any leverage they need in the internship.

In other words, there are some mechanisms that are not in place in the Nigerian music industry that refuse a music producer returns on his work that is not supposed to be if we had a properly run and supervised process but most foreign companies have that in order.

The structure remains missing in the music industry in Nigeria. Even though we have large corners, we don’t really have a huge industry, but like I said its growing and we should have a big industry that we can all be proud of in a short time from now.

As a Music creator, what challenges do you face with artistes?

Most of the time, many artists come into the studio very blank, especially the upcoming ones, with no idea what to do in the studios. As music producers, it is our duty to inspire them with good beats to help them get into some work-friendly mood because music is a very emotional affair but the challenges set in because many artists don’t really understand a music producer’s work so they don’t know how to appreciate it properly.

A lot of them offer a very ridiculous amount for standard jobs.Many of them are eager to jump into the studio to record, but fail to exert the same energy when it’s time to pay so a lot of music producer ensures that legal terms are in check that will protect a music producer’s interests and rights, but the bigger the brand, the less problems you ‘d have.

Another challenge is a lot of very mediocre artists don’t come with their A-game. Most of them rely solely on studio works, they just want you to make a perfect beat and just want you to make it sound good when you hear their vocals, whether good or bad. They don’t care how you do it and the mediocrity can be sensed right through the music in some way and you’ll definitely be able to tell the difference between a well-planned out song and the flimsy one!

How can an artist really break into the industry in a world where we have a whole lot of artists everywhere?

No, there’s no solution to this because to be very honest, there’s no promise that in two years of being in the industry, you’ll get a hit song, win a few awards, start to go on tours, sell out a million albums and it’s the frightening part of what we’re doing and that’s also the awesome part of it because any actual artist and singer or song producer is a dreamer.

There is a dreamer’s commodity of any achievement out there. As doubtful as many practitioners feel about the industry, this industry is for those people who go beyond their worries, beyond the numbers of how many people there are in the industry, whose zeal pushes them, who continue to grow and hold people on networking. It just requires so much drive because you could easily give up if the passion isn’t there.

How do you handle the delicate role of conversing with musicians about improvements and rearrangements?

Artists can be highly emotional about music making. Artists often come with an idea to the studio, and can be very emotional about holding on to that idea. As a music producer, it’s just glaring to you that the music wouldn’t work but they still wouldn’t want to drop the idea because of the artist’s feelings attached to it.

Basically, I just find a way to convince them, because at the end of the day, it all depends on how much the artist trusts you so for every first time with an artist, I try to make some kind of relationship with them and obviously make them feel comfortable enough to trust me and make you believe what I bring to the table as a producer and most times, I’ll make two versions of the music, if possible. One that includes all the artists’ ideas and one that has been revised so we choose afterwards.

How did you get trained in production? Do you think it requires official education?

Not necessarily, nobody can be taught how to make a hit song. Just the basic philosophies applied in the course of creating decent music that can also be found on any search engine will show you. A young boy with a laptop will make a hit music in his bedroom while a Harvard graduate in audio technology may not even get a success yet.

But to me, technological know-how is really important. It’s always been my dream of making music in an unorthodox way, I respect what knowledge does. I didn’t want to quit being creative, so I went a step forward because I wanted more expertise, so it’s a personal opinion whether you want structured music or audio technology education, but it’s not important.

Well, it is bounce! Every song should have something that punctures your soul not because it was played hard or loud but because it should be able to communicate emotions. It must have bounce whether it’s RnB, Jazz or Afrobeat song.

How involved should an artist be in the recording and post-production stages?

An artist who knows his onions in music will be very interested and committed to the music and post-production stages development process. It shows the producer of music, you know what you’re doing.

We pay attention to specifics over here and I’m very intentional about how I produce music and that’s the core of what conscious music production is about.

Can you mention a few artists you’ve created their music?

Are there artists you want to work with that you have not yet had the opportunity to work with?

Yeah, there are so many talented artists who I really want to collaborate with in and out of the world. I’ll enjoy working with Rihanna, Beyonce, 2baba, Niniola, Odunsi, Teni, Ariana Grande, Mr. Eazi. I could go on and on.

What piece of advice do you have for other young people who want to become music producers?

Be willing to take constructive criticism, do not always believe you are right. Be enseñable. Keep working, expand, continue to believe in yourself, and continue networking. The hard work will all pay off some day.