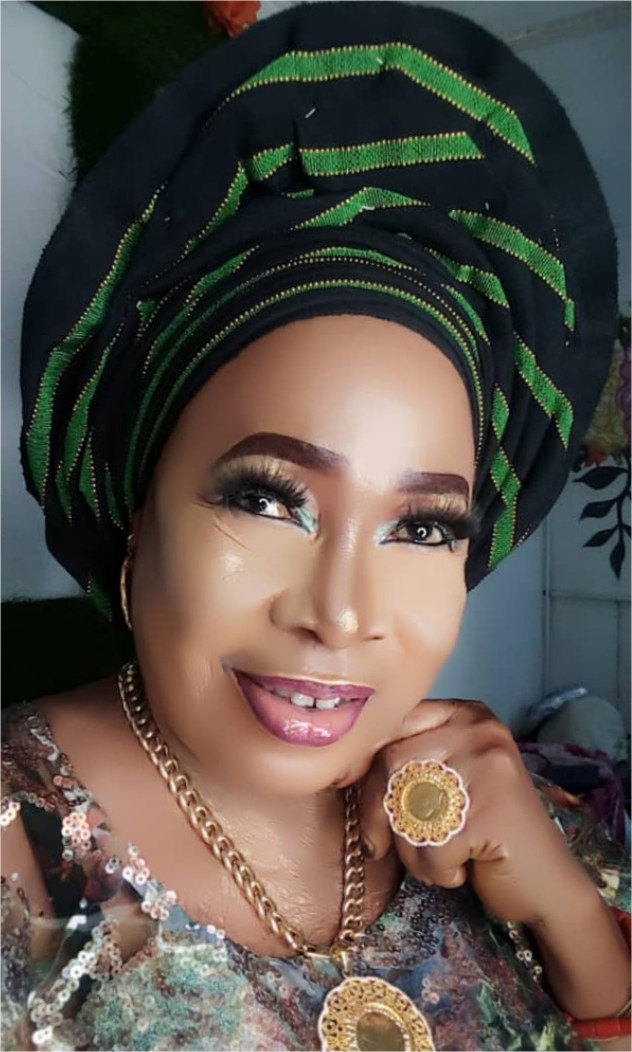 •Reveals How She Plays BIG In Construction In LAGOS

She is big in Lagos. She is also big in Ijebu-Ode where she hails from. Just mention Alhaja Rontex name and you will be told she is the popular Lagos businesswoman who plays big in the Construction business. She is also a socialite, and a big one at that, who other women respect and look up to.

Although her real name is Otunba (Dr.) Mrs Ronke Mulikat Kolade-Carew, but everyone calls her Alhaja Rontex.

Alhaja Rontex is a strong and beautiful woman in her early 60’s who was born and bred in Ijebu-Ode before moving to other parts of Nigeria. She is a proud Ijebu woman born to Ijebu parents. Both parents are from Ijebu-Ode. Alhaja Rontex is the holder of so many titles such as Iyalaje Igando, Iyalaje Onigbongbo of Maryland, Iyalode Ijebu Mosan, Yeye Balogun Ayepe. She is soon to be coronated as Iya Adinni. In a recent interview with City People Magazine, Alhaja Rontex revealed interesting things about her life.

For instance, how did she get her alias? Alhaja Rontex said she coined her now very popular name “Rontex” from her name Aderonke. The name came to stay after she established her company Rontex Nigeria Limited, 40 years ago.

When asked what Rontex Nigeria Limited is about she said; “I was into the sale of Textile materials years back. I started with travelling to Cotonou then Accra, Dubai and even Austria”.

Rontex Nigeria Limited being a Lagos based business continued as a cloth selling business till Alhaja Rontex ventured into Construction. According to her: construction started with her conversation with a man who was already into the business.

She said “the man used to sit at my shop and lends money from me to construct markets. One day he told me to also go into the business since I was capable of lending him money. I ignored him until another boy told me. He said he believed in me and this changed me. I started with the Ikotun market, I did mine and it was standard because the architect, surveyor and engineer working with me are good. I saw how it went and this pushed me to go and learn about construction in Yaba Tech”.

Alhaja Rontex, a woman of strong will has kept up a standard construction company ever since. In Lagos State, she has gained popularity due to her good works. When asked how far her construction company had gone, she revealed that Rontex Nigeria Limited has successfully constructed 16 markets before they were transferred to the Local Government.

Alhaja Rontex also revealed her love for her origin as a proud Ijebu woman even though she had lived in other parts of the country like Ibadan, Kwara and currently Lagos State.

Her love for her roots has made her play a strong and active part in different social clubs in Ijebu. For instance, Alhaja Rontex is the “Eta Iyalode of Ijebu”, a member of “Egbe Bobakeye Akile Ijebu and Double Toyin. Explaining her roles in these groups, she said “I have 3 age grade clubs like “Akile Ijebu” that I am the Patron, I am also the Patron of “Arobayo Group” as La Rontex Obinrin Akile Ijebu.

I am also the Patron of “Obayori Omo Oba Okunrin Akile Ijebu”. Alhaja Rontex is the matron to all these groups. She revealed how she has sustained all of these. She told us “it is God, because looking at it, it is not possible for a mere human to do all that. That is why in all things I give thanks to God. For instance, in Akile Ijebu there is no woman that has up to the number of group members that I have. Only Mama, Cash Madam has the same number as I do, because I look up to her”.

She went on to explain that the club consists of elderly men and women and is not restricted to the Yoruba tribe.

Going on in the interview she further revealed the life principles that have made her who she is today. She said “being Truthful and Humble. When you are humble, you get so many things because people can justify what you can do. Sometimes people think Rontex would not be down to earth but I have learnt what Humility can bring. You can get a lot of things with Humility. When you know influential people, don’t take advantage of that.”

“I don’t take advantage of people. That is why when I make a call they pick instantly because they know that I don’t call if it is not necessary.

As a Patron to so many groups, Alhaja Rontex shares some words of advice she gives her members. As a disciplinarian, Alhaja Rontex ensures that she reminds the women that it is important they stay submissive to their husbands no matter their financial status. She also shared some advice on how to train good children. Alhaja Rontex is also a woman with so much discipline and morals. She revealed why she converted from Christianity to Islam. She said “a Pastor revealed a vision to me, he said he saw me holding a “tesbil” and asked me to turn to Islam. Though, I was born into a Muslim family my parents converted to Christianity while I was growing up”. With this, she made her first Mecca trip in 1994 to thank God for the birth of her first child after waiting a while.

After recounting on how her life has been so far, Alhaja Rontex revealed how happy she is with every moment of her life right now.

“We did not go to the residence...