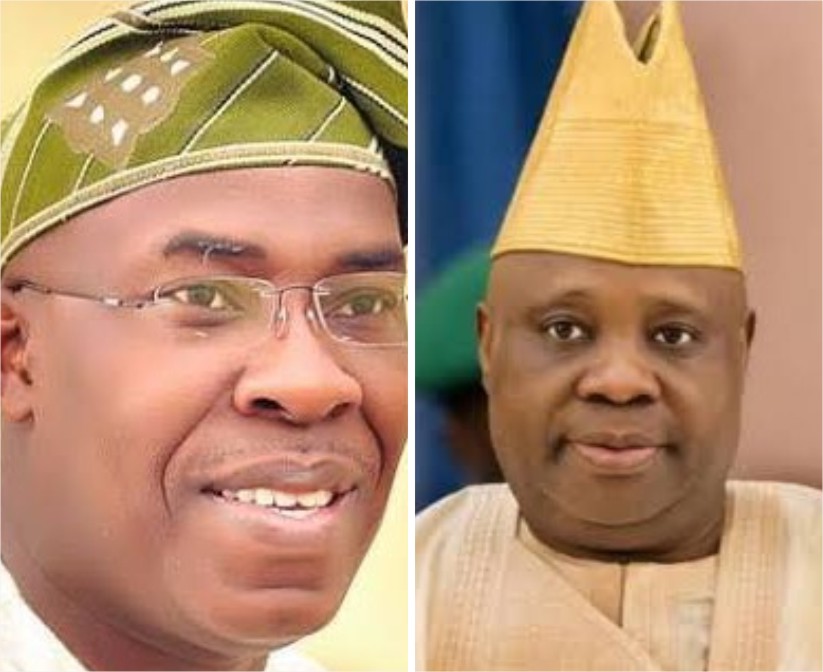 •As Members Root For Neutral Candidate

The gubernatorial ambition of Senator Ademola Adeleke’s nephew, Dele Adeleke has put the Osun State chapter of the Peoples Democratic Party (PDP) into a serious dilemma. The party is said to have been divided over Dele’s decision to contest the guber ticket with his Uncle and other aspirants come 2022. Dele Adeleke, it would be recalled, was the Party Agent for PDP during Osun governorship election, where his Uncle, Ademola Adeleke was the party’s candidate, in 2018. So when the news of his guber ambition first broke, not many took it seriously. As a matter of fact, many people thought it was just a kind of political stunt from Demola Adeleke’s camp.

The whole narrative, however, changed two weeks ago when the younger Adeleke picked his Expression of Intent and Nomination Forms at the party’s secretariat in Abuja. With this development, those to contest PDP’s guber ticket at the upcoming primaries and ahead of 2022 guber election are now six in number.

Former SSG of the state, Alhaji Fatai Akinbade; an insurance guru, Dr. Akin Ogunbiyi; Hon. Sanya Omirin; Senator Ademola Adeleke; Dele Adeleke and Prince Dotun Babayemi have all signified their interest to contest for PDP’s guber ticket and confirmed same as they have purchased and submitted their forms. There is no doubt that all the aspirants are eminently qualified for the race.

While some members of Osun PDP have seen Dele Adeleke’s guber ambition as a welcome development, others have come seriously against it. Those who are said to have frowned at Dele’s move want to believe that his coming into the race may affect the chances of Demola Adeleke and the party at the primaries and guber election, scheduled for 16th July, 2022. They are of the opinion that Dele Adeleke doesn’t have the political clout and charisma to win the primaries, talkless of the main election. Of course, those in Dele Adeleke’s camp would have none of that. To them, Dele Adeleke’s decision to join the race was timely and very strategic. They also want to believe that the younger Adeleke is well equiped, both politically and academically.

This school of thought sees Dele Adeleke as a better alternative since one of the factors that really worked against the party in 2018, was the discrepancies in the academic status of their candidate. The belief is that PDP can still maintain the same popularity it enjoyed during the last election if a more credible candidate could emerge from the same Adeleke clan of Ede. Those who are in support of Dele Adeleke’s ambition, apart from academic qualifications and experience in the corporate world, have also listed some of his political exploits in the recent past as part of the reasons he should be given a chance to serve.

Meanwhile, Dele Adeleke on his own, has been telling whoever cares to listen that he’s in the race to make a difference, against the backdrop that he’s being sponsored against his Uncle, Senator Ademola Adeleke. That he’s in the race because he’s qualified, intellectually prepared and has what it takes to lead the state.

His ambition, according to him, is being sponsored by nobody but Osun State youths. “I’m coming into this race with three decades of hard-earned working experience in Corporate Financial Re-engineering, Project Management and Human Resource Management. My professional qualifications and proven track records of practical industry exposure have prepared me for challenging situations like the one Osun is presently mired. I am eminently qualified, competent and ready to undertake the re-engineering and repositioning that Osun so urgently needs. Therefore, I offer myself in service to be the vessel of upliftment, the ladder of ascension to the progress and prosperity of our beloved state,” Dele Adeleke declared during an interview session recently.

Again, there are also some members of Osun PDP who feel if the party really wants to succeed in the coming guber election, it should field a neutral candidate. Their argument is that a less controversial, popular, credible and saleable candidate, who will be well accepted within and outside the party must emerge. The candidate, according to those behind this idea, must also come from Osun West Senatorial District since there has been clamour for the zone to produce the next governor. In fact, this has been on before the last guber election, even within the ruling party, APC. The incumbent governor, Gboyega Oyetola, who is serving his first term, is from Osun Central Senatorial District,while the immediate past Governor, Ogbeni Rauf Aregbesola, who spent two terms of eight years in office, is also from Osun Central.

That was the main reason some members of APC kicked against Governor Oyetola’s candidacy in 2018.

That also explained why most of the guber aspirants in PDP are from Osun West. Senator Ademola Adeleke, Alhaji Fatai Akinbade, Dr. Akin Ogunbiyi, Dele Adeleke and Prince Dotun Babayemi are all from Osun West Senatorial District. Only Hon. Sanya Omirin is from Osun Central.

Leading the call for a neutral candidate to emerge from PDP, however, are some party members under the aegis of the Conscience Group. Chairman of the Group, Kehinde Adesiyan Esq, in an interview, was quoted to have said that, “there was nowhere the party agreed to present a sole candidate for the governorship primaries.”

This group also revealed that its search for credible and saleable aspirants led it to purchase a nomination form for Prince Dotun Babafemi to vie for the seat. That the Group even had to engage some stakeholders, including the Kabiyesi Olufi of Gbogan, before Babayemi could accept the offer. They believe Babayemi, as a lawyer, technocrat, seasoned administrator and dedicated community developer, is eminently qualified to govern Osun State. “We believe in him that he has the capability to shoulder the task and solve the problems in the state,” the Group said.

Prince Babayemi, according to his profile as obtained online, was born 5th December 1966, to the family of late (Oba) Dr Solomon who was the immediate past Olufi of Gbongan in Ayedaade Local Government Area of Osun State.

He’s a Barrister and Solicitor of the Supreme Court of Nigeria since 1990. He is said to have practiced as Barrister in Nigeria before relocating to the United Kingdom, where he worked for 7 years with London Underground Limited, where he left as a Senior Project Manager. He later relocated to the United States of America and had a 10- year career with AXA Financial Services Plc and left as Vice President and Managing Director.

In 2007, Prince Dotun Babayemi joined Celtel Nigeria Limited as Director of Strategy and thereafter as Group General Manager for Northern Nigeria. He left the organisation in 2009 to set up his group of companies with interests in security solutions and telecommunications. His company, Fort Knox Group has over twenty-two thousand staff across the country.